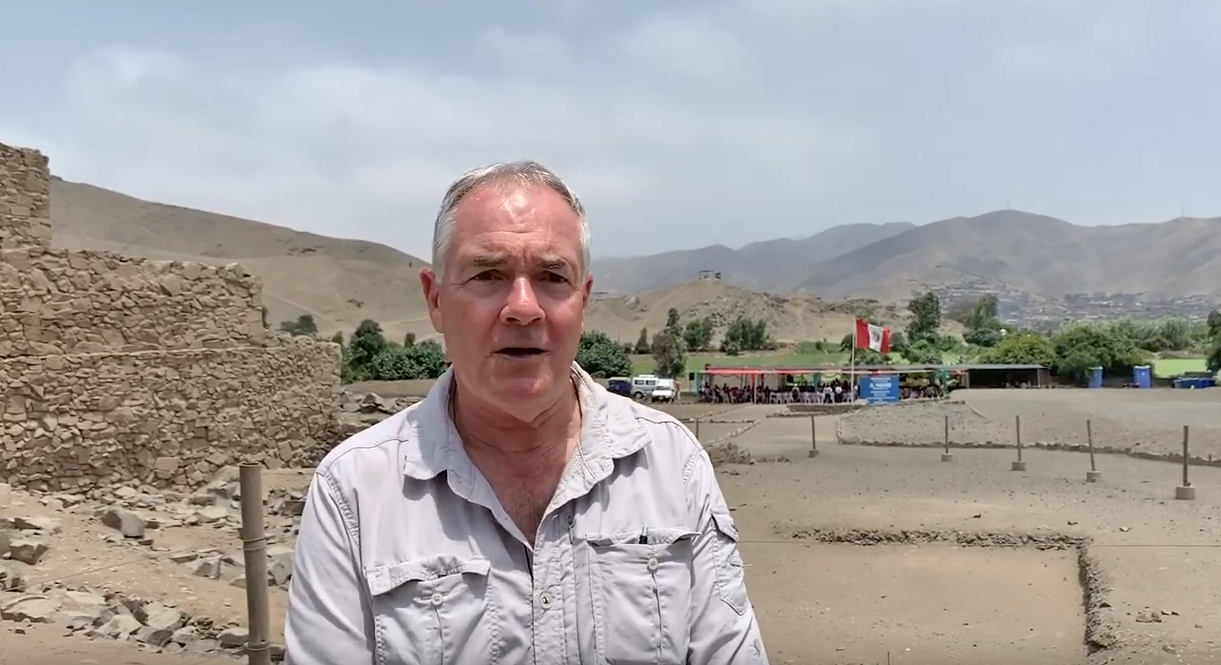 More than 4,000 years after residents of the El Paraiso settlement of Peru worshipped at their temple, Columban Missionaries celebrated Christmas Mass near the historic temple.

In this video, Columban Fr. John Boles talks about how the settlement of El Paraiso "the Paradise" shows that people worshipped a deity long ago.

"A mistaken impression many people have is that missionaries are arriving at pagan places - places where God has never existed in the beliefs of people," said Boles. "This is completely untrue. Wherever missionaries have arrived, God has been there beforehand. The Spirit has arrived beforehand."

The El Paraiso settlement, which is located near Lima, Peru, along the coast dates back more than 43 centuries.