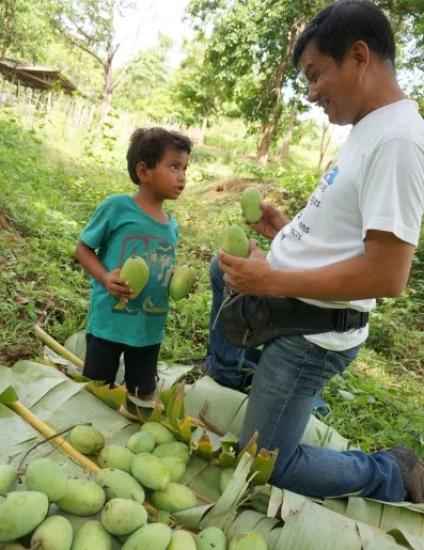 I loathe the cold and love the warm. Who doesn’t? I grew up in Ireland where spring and winter is always uncomfortably cold. In 1950s Ireland, central heating was rare. We stayed warm by burning coal in open grates and used kerosene heaters. On many nights, we children huddled around the coal fire or heater trying to stay warm during our homework hours. We suffered painful chilblains, itching and swelling of the toes.

We burned coal and oil, fossil fuels, never knowing we were adding carbon dioxide to the atmosphere, a process that warms the planet. Our family’s contribution to global warming was minuscule, but with millions of homes, factories and furnaces, trains and tractors, power stations, ships and vehicles all over the world burning these fuels, carbon dioxide has accumulated over the past 200 years and the planet has been becoming steadily warmer.

Many people refuse to believe the science that warns us of the danger of continuing to burn coal and oil. Excessive carbon dioxide in the atmosphere creates a thick, warm greenhouse gas blanket, which seals heat from the sun within the atmosphere.

In recent years, scorching heatwaves have killed thousands of people. In 2019 alone, 1,500 people died in France from the heat and many more elsewhere.

Plants, birds and nature suffer as the climate gradually warms, threatening more and more species with extinction. In the Philippines, where I have lived since 1966, I can see and feel how the climate has changed. There are higher temperatures, stronger, more frequent typhoons, landslides, loss of harvests, fewer water resources and new diseases emerging.

Deforestation over the past 50 years has stripped all but about three percent of the country’s original rain forest. Unlicenced logging is diminishing it even further and wide scathes of forest are cleared to make way for mines and palm oil plantations.

The Philippines is also a nation of islands, with thousands of coastal cities and settlements, including its capital, Manila. Rising sea levels that have seen people evacuated from the Carteret Islands in Papua New Guinea are also threatening Philippine shores. The same is happening in Micronesia and the Solomon Islands, once Pacific paradises, but now watery graves of departed communities.

At least 46 people working to protect what remains of their life-giving habitat have been murdered in recent years. They are mostly indigenous people and branded criminals for defending their land from the destruction of big industry, which is in bed with the country’s politicians and power brokers.

A mango-growing project run by the PREDA Foundation with the Aeta indigenous people was threatened recently when hundreds were evacuated from San Marcelino in the province of Zambales, due to military action against suspected Communist rebels. Eighty of them are members of our Aeta Organic Farmers Association, from whom we buy mangos at Fair-Trade prices, share cash bonuses and run community projects. They plant thousands of mango saplings annually.

The Philippines is also a nation of islands, with thousands of coastal cities and settlements, including its capital, Manila. Rising sea levels that have seen people evacuated from the Carteret Islands in Papua New Guinea are also threatening Philippine shores. The same is happening in Micronesia and the Solomon Islands, once Pacific paradises, but now watery graves of departed communities.

Melting ice caps in Greenland are under particular scrutiny. “What we see in Greenland is exceptional. It’s a wakeup call,” Penn State University climatologist, Luke Trusel, says. In July this year, it is estimated that as much as 12 billion tons of ice from Greenland melted. In August, estimates put more than 60 percent of Greenland’s surface ice in danger.

Canada and Siberia have lost permafrost, releasing millions of tons of methane gas into the atmosphere. Methane has around 84 times the global warming potential of carbon dioxide. Add to this the contribution of the billions of cattle in the world and the warming trend seems to be almost irreversible.

However, it is not all gloom and doom. We can’t reverse the present trend and damage, but we can halt it. Some advocate going vegetarian. Others want pressure placed on governments to replace fossil fuel with renewable energy power sources.

Here at the PREDA Foundation, we plant mango saplings with the Aeta people as our contribution to mitigating this threat. Last year, we managed 3,968 four-foot-tall ones. This year we will plant 2,000, if donations allow.

Columban Fr Shay Cullen SSC has been a missionary in the Philippines since 1969 and is the founder of PREDA (People’s Recovery, Empowerment Development Assistance Foundation).