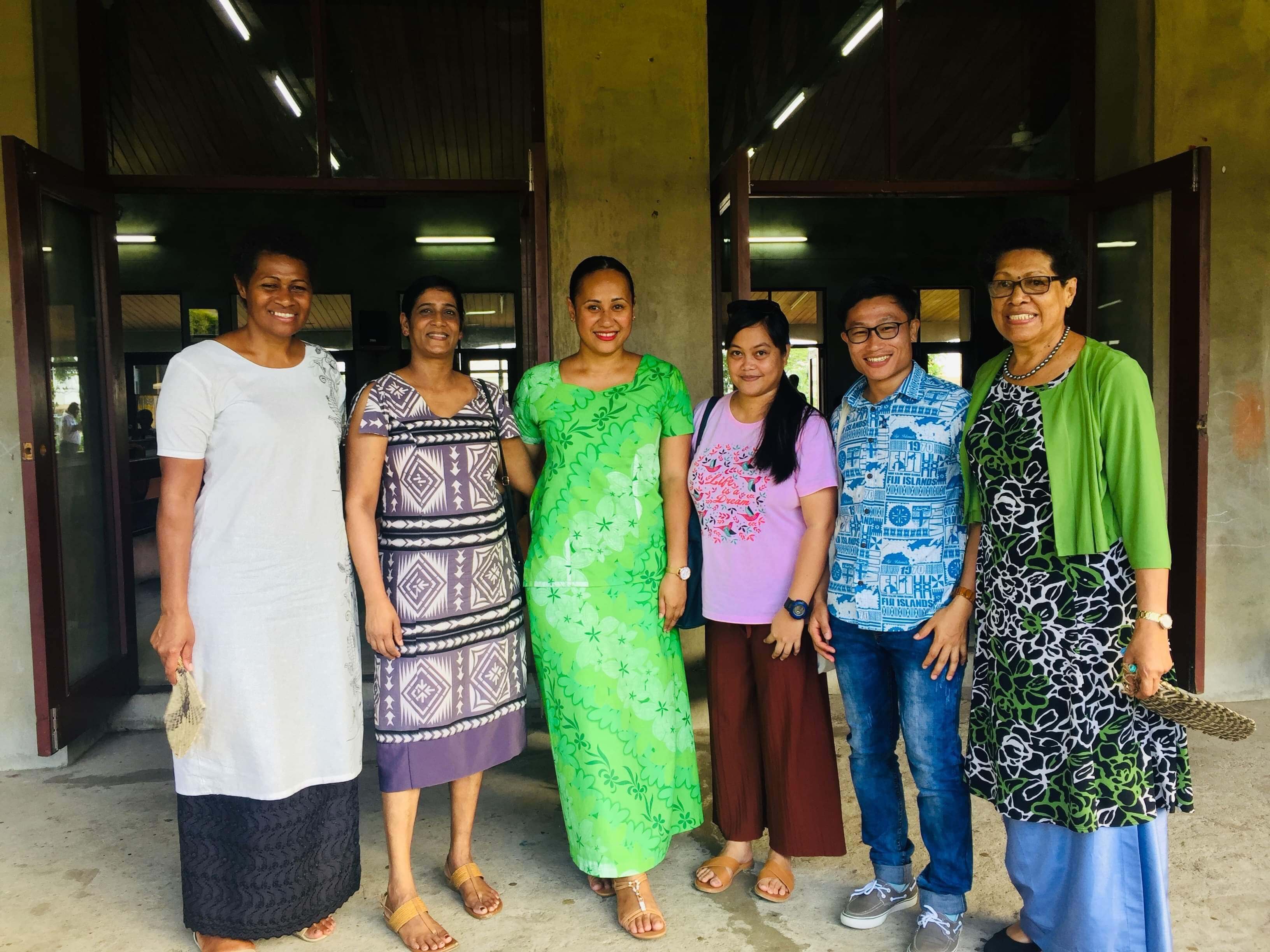 Pacific Conference of Churches hosted a prayer vigil for the Victims of the recent bushfires in Australia.

This prayer service was offered for all the victims - both humans and animals - of the biggest bushfire that Australia ever had in its history. The Cathedral bell was rung 33 times for the civilians and firefighters killed in the bushfires since September 2019. There was silence and then the bell was rung one more time for all the animals that have died.

The PCC General Secretary Rev James Bhagwan welcomed the different Christian communities gathered followed by the singing of the hymn ‘Amazing Grace’ and a short prayer in silence. Rev James then enumerated the church communities that made donations and pledges to be sent to Australia through Uniting Church which is a member of PCC.

Right after the Call to Prayer led by Iemaima Va’ai, Mariana Waqa and Frances Namoumou read aloud the injustices against the Aboriginal Communities. They are categorized into four: stolen land (invasion, dispossession, lack of treaty and treaties, massacres, genocide, ecological destruction, lack of recognition of the frontier wars), stolen wages (slavery), stolen generations (loss of languages, forced removal from homelands, lack of return of ancestral remains, lack of protection of sacred sites, the new stolen generation), and stolen lives (lack of closing the gap in health, education, and employment, no implementation of the statement from the heart, life expectancy gaps, high rates of suicide, high rates of prison incarceration and juvenile detention, not consulting or respecting aboriginal peoples’ environmental rights, aboriginal deaths in custody, racism, discrimination and trauma).

Two readings from the bible, specifically from the book Amos and the Gospel of John were read followed by a short reflection shared by Rev James Bhagwan. In his reflection, he spoke about the impact of the extreme weather patterns that struck Australia in recent days, including the bushfire. He continued emphasizing the plight of the people most especially the Aboriginal communities. He recalled the injustices facing the Aboriginal people are how they have struggled with them for centuries. His reflection also emphasized that we should learn from the indigenous communities in the area of ecology as they have a more close relationship with the land and their surroundings. Lastly, he pointed out about speaking the truth—the truth that we are all connected and the truth that brings about justice that is due to those who were robbed of it. Rev James then ended his reflection leaving the crowd the following questions: how do we speak our truth? And when we hear it, are we ready to respond?

On behalf of the Uniting Church in Australia, Mrs Bronwyn Spencer delivered a response to this gesture of solidarity as a Christian community. She read two emotional letters coming from the President of Uniting Church of Australia and from the Uniting Aboriginal and Islander Christian Congress (UAICC). To conclude the prayer service, Fr Orisi Vuki from the Anglican Diocese of Polynesia led the gathered faithful to “Benediction” written by Brooke Prentis.

A simple afternoon tea was shared by the different Church communities present for the prayer vigil. Everyone scattered to meet and socialise with each one forging a network of people of God who shares the same compassion and care for their brothers and sisters.

Marjorie Engcoy from the JPIC desk, Priscilla Magdalin from the IRD desk, and Kyaw Zaw, an FMA student from Myanmar represented the Columbans.