Reaching out to most vulnerable during COVID-19

Columban missionary Fr Andrei Paz writes about the impact of COVID-19 in the Philippines and how he and his friends have reached out to some of the most vulnerable and disadvantaged. 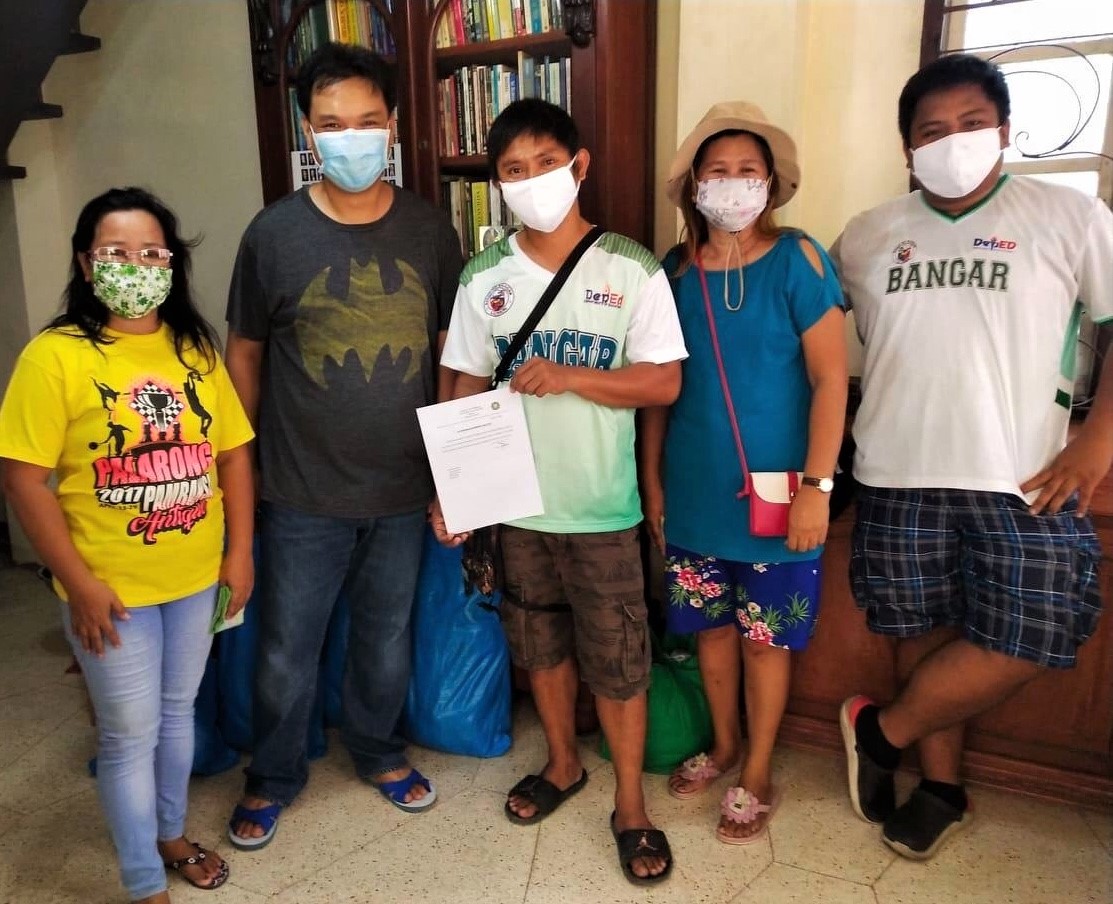 Towards the middle of March, when the entire island of Luzon in the Philippines was placed in quarantine to control the spread of COVID-19, I was in my hometown — a small municipality in northern Luzon. There, the people were experiencing a lot of anxiety in the face of uncertainty about the impact of the virus on their lives, their families and their community. Most of the people, including myself, stayed at home. I did not dare go out for fear of contracting the deadly virus.

For a couple of weeks, I kept to myself, prayed, and watched the news. I saw on television how many Filipinos tried to flee the cities in order to return to their hometowns in the provinces. Some of them had to walk hundreds of miles since public transport was suspended.

Many of them were manual workers, daily-wage earners who had been displaced by the lockdown since their employers could no longer financially support them. Eventually, when they arrived at the home of their relatives, they had to undergo self-isolation because of concern that they might be carriers of the virus.

Besides the fear all of us have of contracting the virus, many people here are also worried that they might die from hunger. Daily food is a major concern for those who have no work and consequently no salary to buy their necessities.

Among those hit the hardest by this crisis caused by COVID-19 are those displaced workers and their families. Although local governments are sending them some rations, they are insufficient. As a result, some people are desperate.

When some of my friends asked me what we could do to help alleviate this desperation, the idea of preparing bags of groceries was conceived. After much reflection, we decided to give bags of groceries to those who were suffering the most: indigent families, and displaced workers who were family breadwinners undergoing two weeks of self-isolation.

With very little resources, yet trusting in divine providence, we requested food supplies from friends who own rice and grocery stores with the promise that we would pay them later. Thanks to their consideration and kindness, my close friends and I were soon able to begin packing grocery bags in my family home. However, in order to keep everyone safe, we were careful to take precautions and observe social distancing guidelines.

At the same time, we also consulted with local government authorities of two municipalities — Bangar and Sudipen, both in the province of La Union — about how to distribute the bags of groceries.

In order to reach those who were most in need while minimizing the risk of exposure to the virus, they recommended that we collaborate with healthcare workers who monitor those in self-isolation on a daily basis. Thankfully, those healthcare workers were delighted to assist us with the challenge of distribution.

Within a short time, thanks to the support of family and friends, we were able to raise sufficient funds to cover the cost of the first batch of groceries, which we had got on loan and had already been distributed. Then, some other local people learned about what we were doing and expressed their wish to participate in our relief effort.

To my surprise, I started to receive messages from neighbours as well as from strangers, asking me to pick up various foodstuffs and other household items — a reminder of the miracle of the multiplication of loaves and fish! 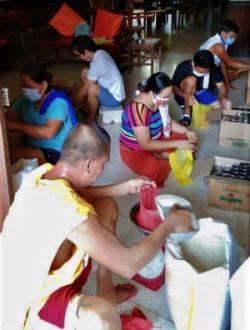 Each grocery bag contains 3 kilograms of rice, a bar of anti-bacterial bath soap, and assorted canned goods, all of which costs roughly US$6. It may not seem much, but it is our hope that it will let people feel that they are not alone in facing this crisis and that others are concerned for them.

All of us are fearful, yet also hopeful that this crisis will soon come to an end. We remain mindful of the health and safety of ourselves, those around us, and front-line workers.

However, in the midst of all the suffering and sadness, the fear and the anxiety, I find encouragement and hope in the compassion and generosity of those around me who think not just about themselves, but also about others who are carrying heavier burdens.