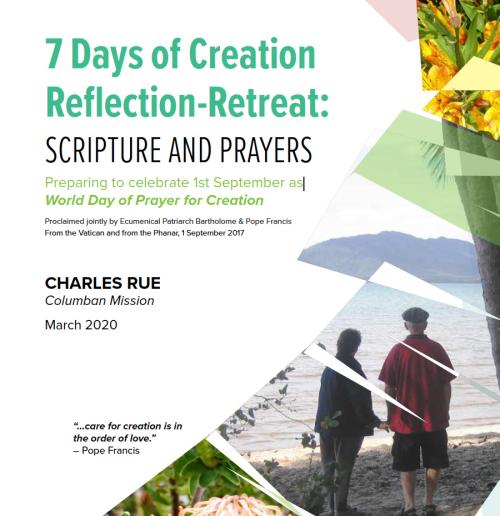 Catholics in Australia are being encouraged to participate in a first-of-its-kind week-long retreat in preparation for the ecumenical celebration of the World Day of Prayer for Creation on September 1.

The “7 Days of Creation Reflection-Retreat” has been prepared by Columban Fr Charles Rue, whose ministry has for many years had a focus on the Catholic understanding of care for the environment.

Fr Rue said the retreat is inspired by the leadership of recent popes, who have proclaimed the message of caring for God’s creation.

“Pope John Paul II in 1990 named environmental care as integral to Catholic faith and named St Francis of Assisi as the patron of ecological conversion,” he noted.

“Pope Benedict XVI reinforced this Catholic vocation. Pope Francis in Laudato Si’ detailed the call to See, Judge, Act on care for our common home. Hear the twin cry of the poor and the cry of the earth.

“For the Church in Australia, the establishment of Catholic Earthcare back in 2003 was an important initiative and one that has helped foster a broader understanding of this issue across the country.”

Fr Rue said the retreat was designed to lead people up to the World Day of Prayer for Creation, so they are encouraged to start it on Tuesday, August 25. However, it could be prayed at any time during the “Season of Creation”, which runs from September 1 until St Francis’ feast day on October 4.

The Australian Catholic Bishops Conference’s Commission for Liturgy and the National Liturgical Council has additional resources for the World Day of Prayer for Creation.