The problem with being human 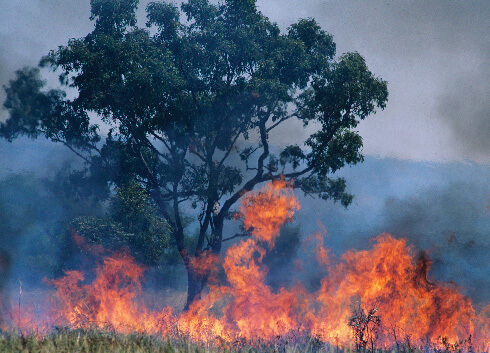 Galileo Galilei died on January 8 1642. Another anniversary of a man well remembered. A famous astronomer whose observations confirmed Copernicus’ theory that the earth revolved around the sun and not vice versa led him to a charge of heresy since it was impossible to think that the earth revolved around the sun. He was sentenced to house arrest not gaol because of his old age in 1633.

He confronted the Church and society with new aspects of reality but they could not cope with them.

Australia is burning up. We are watching apocalyptic scenes of blazing countryside and infernos razing small towns and villages. No one has ever seen anything like the scale and ferocity of these fires. Is this another Galileo moment in history when we have to look at reality with new eyes and a deeper understanding of ourselves?

We do know that 2018 was the hottest and driest year on record since records have been established. These are objective facts from the Bureau of Meteorology but in an era of ‘fake news’ we do not have to accept or believe anything that we do not want to.

the country has experienced in the past.

Many people believe that the world is inter-connected – what we do to the planet we do ourselves. The world is more that an economic object to be used and abused if necessary.

Pope Francis published his encyclical Laudato Si’ to educate the Catholic people of the world that the world the planet is God’s creation. Its beauty is a reflection of God. The interconnectedness of all creation reflects the diversity of life in abundance.

Yet despite the best scientific evidence of the Intergovernmental Panel on Climate Change (IPCC), which is a peak scientific body in this regard, people refuse to believe their findings. The world is warming. It is too much to take in. While the peer review of scientific journals gives serious weight to climate change being man made, the media debates this issue as if it is in doubt.

Science has changed the world in the last 300 years and societies everywhere praise its achievements, but not this issue. People remain sceptical and deny hard evidence. The IPCC has had a similar role to Galileo provoking our categories of thought, challenging us to look at the world we have created with new eyes.

In the midst of this crisis, we pray for those who have lost lives and homes and farms and animals. And townships.

Listen to "The problem with being human"