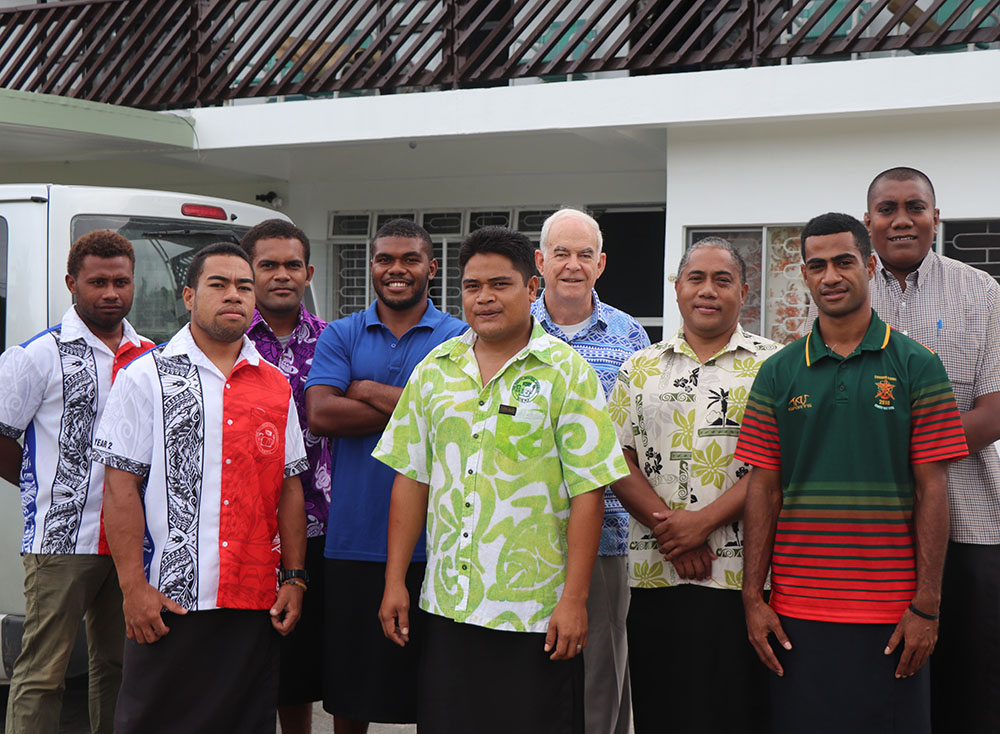 An Intercultural Challenge in a Parish

The crisis was looming. Fr Hans (Swiss) and Fr. Rudy (Filippino) reacted differently when people came to ask about a marriage or the baptism of a child. Fr Hans, the parish priest, was much stricter about applying the law. So most people went to Fr Rudy with their requests. Friction and disagreement arose between the priests. These two good men tried to find a solution.

They divided the parish geographically between them. They also agreed to assess individual cases and, where warranted, each would send some individuals to the other priest. Fr Hans would send to Fr Rudy people who were doing her best but, because of circumstances, weren’t able to fulfil the rigours of Church law. Fr Rudy would send people, who were simply looking for the easy way out, to Fr Hans to be challenged with the principles.

This arrangement didn’t just avoid a conflict situation. It actually provided an enrichment in diversity. They accepted the need for individualist culture that values principles and law. But they also saw the importance of communal culture that prioritizes human relationships. That allowed them to integrate different values and interests in pastoring the parish. Evangelization was well served. 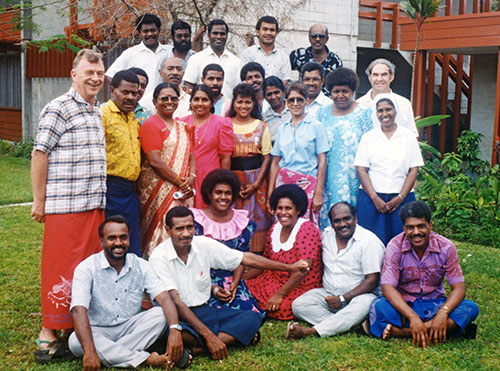 Participants and staff of Intercultural course at PRS in December 1991. Photo: Columbans Fiji

The Intercultural Challenge in Fiji

Fiji has two major ethnic groups with very different cultures. Politicians have stoked ethnic tensions which boiled over in four military coups from 1987 to 2006. Things have improved since but the indigenous Fijians or I Taukei, and ethnic Indians or Indo-Fijians still live separate social lives. They are largely uninterested in each other’s history and culture. Stereotypes and prejudice can still result in discrimination and hostility.

The Catholic Church can act as a bridge. Other Christian Churches have separate ethnic worship but Catholics of all ethnicity belong to the same parish and worship together in the same church. Catholics have Mass in English, in Fijian and in Hindi languages and sometimes the three languages are heard in the same Mass. Parishioners of different ethnicities belong to the same parish sectors. These sectors lead the Sunday liturgy in turn and collect money together for the parish bazaar.

Columbans have promoted intercultural dialogue among all ethnic communities but especially between the ethnic Fijian and ethnic Indian communities. They have organized courses for leaders, weekend workshops for parishes, and handbooks of intercultural exercises for schools. Columbans pioneered supervised immersion experiences for I Taukei seminarians with Indo-Fijian families during their seminary pastoral year. The aim was to have diocesan priests who are with people of a different culture.

The Intercultural Challenge for Columbans

The Columban Missionaries, though originally Caucasian, are now a multi-cultural society. They preach an inclusive message of salvation to the people to whom they are sent. So they themselves must live as an intentional intercultural community. They must witness among themselves what they preach to others.

But all of us have blocks to genuine communion. Ethnocentrism means we believe that our way is best and our culture is superior to other cultures. Stereotypes are the rigid black and white beliefs we have about others. Prejudices are the unchanging negative attitudes we have towards outsiders. These are natural group defences. But we have to give them up in a pluralist world if we are to live together in peace and with justice.

Columbans missionaries like others struggle to get rid of these obstacles. At an international meeting some Columbans asked a priest of the same nationality why the Columbans from another country, where that priest had previously worked, behaved in a certain way. His answer was, “Why don’t you ask them that question?”

We need to learn to dialogue openly and respectfully with each other about our differences. We must understand and appreciate the values of the cultures of fellow members. Then we can witness to an inclusive message of salvation.

People who accept intercultural diversity change for the better. Opening to difference broadens our minds. It makes us more aware of our own cultural values and attitudes. It is exciting to discover, by empathic listening and sharing, a deep bond with people of a different culture. The enlightenment brings new perspectives to bear on situations as Fr Hans and Rudy found. 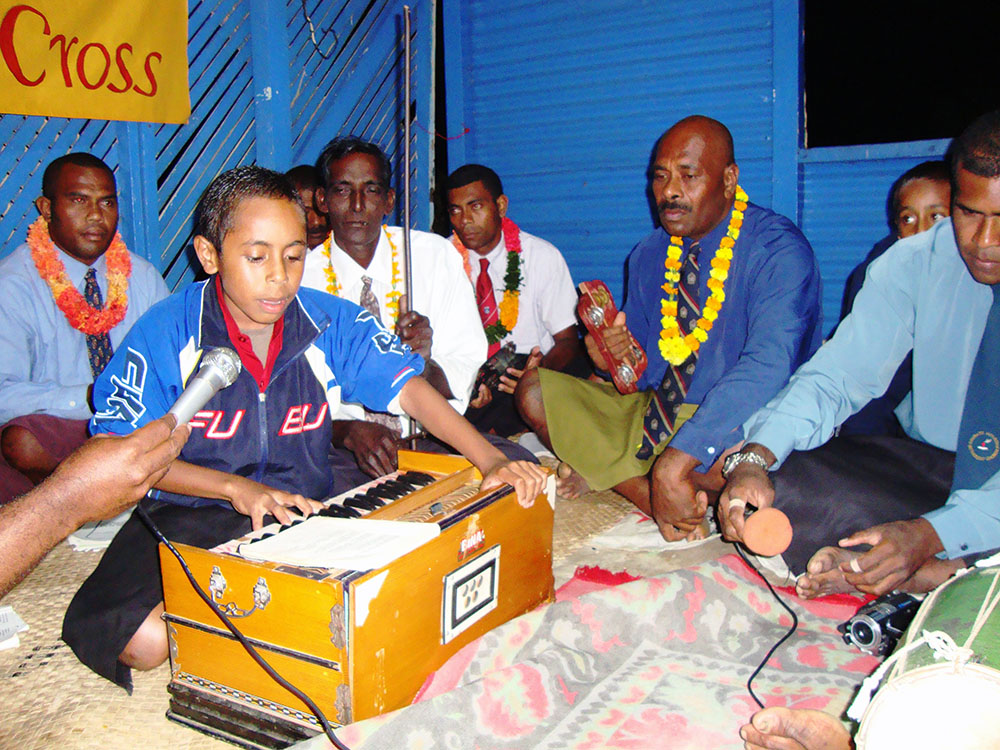 A Tool for Dialogue

I recently prepared a Shorter Columban Intercultural Handbook to help Columban groups to ask questions respectfully in a safe space, to be open to questions themselves, and to develop an ability to dialogue with others.

It has exercises to uncover personal, family and cultural meanings. Other exercises facilitate mutual dialogue about behaviour. Some topics evoke experiences and feelings for sharing. There are checklists with which leadership teams can examine community structures and processes. Examination of practical aspects of life like food, control of TV, levels of noise etc. are also grist for the mill.  The handbook ends with dialogue on prayer and scripture.

The Shorter Columban Intercultural Handbook will hopefully help to prepare Columbans to witness to the Kingdom of God. As a wise saying has it: When do we know that dawn has come? When we see in our neighbour the face of a brother or sister. Until then it is still dark.