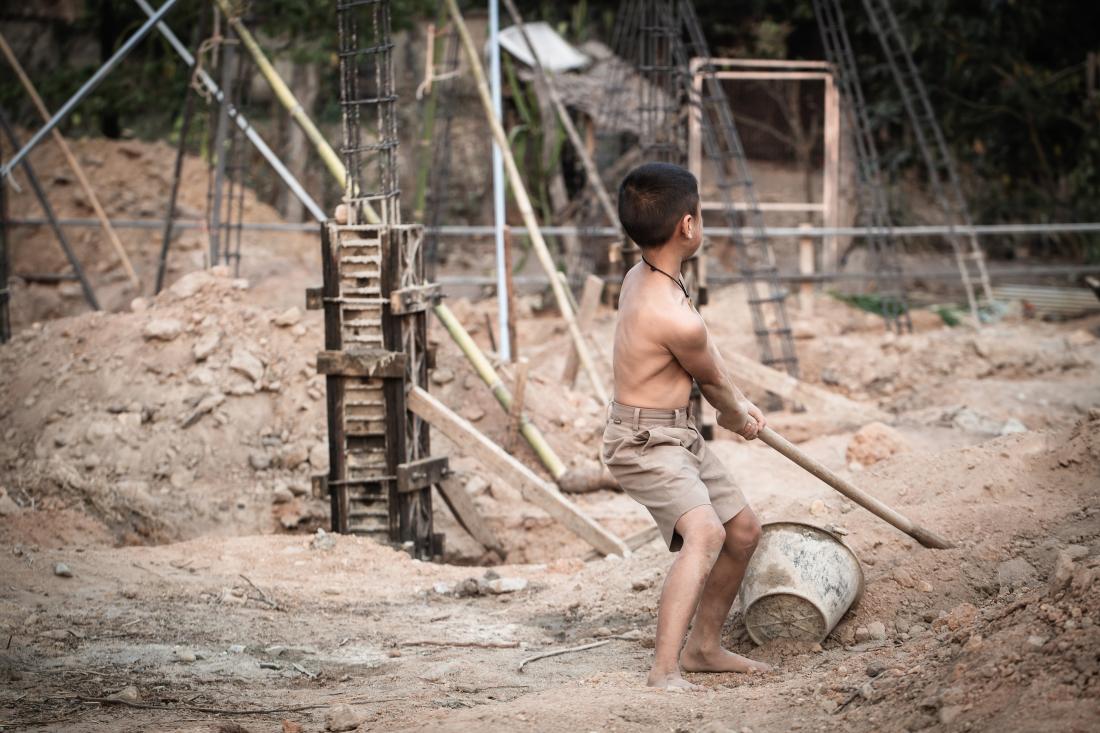 Children are forced to work in hazardous and dangerous conditions - Photo:bigstock.com

June 12 is the United Nations World Day Against Child Labour. Child labour is work that deprives children of their dignity, their childhood and their right to an education. It is defined by international standards as work that is hazardous, demands too many hours, or is performed by children who are too young. It harms children mentally, physically, socially and morally. It interferes with their schooling, preventing them from attending or concentrating. It may involve children being enslaved, separated from their families, and exposed to serious hazards and illnesses.

Children work because their survival depends on it, because adults take advantage of their vulnerability, because their parents do not have decent work, and because national education and social protection systems are weak.

152 million children, almost one in ten of all children worldwide, aged 5 to 17, are in child labour.  About half of them (72.5 million) perform hazardous work that places their health, safety or moral development at risk. These children are working to harvest the cocoa for the chocolate we eat, to pick cotton for the clothes we wear, and mine the minerals used for our electronic devices and jewellery.

This year, 2021, is the International Year to Eliminate Child Labour. Especially during this year we are called upon to advocate against the practice of child labour across the world. The Sustainable Development Agenda 2030 is committed to end child labour by 2025.

This year, 2021, is the International Year to Eliminate Child Labour. Especially during this year we are called upon to advocate against the practice of child labour across the world. The Sustainable Development Agenda 2030 is committed to end child labour by 2025. The ILO says that the overall numbers are trending in the right direction. Child labour has decreased by 38% since 2000, from 246 to 152 million children. International awareness is growing, driven by globalized markets, economic transparency, and consumer behaviour. This is all good news. However, the current situation with Covid 19 threatens the hard work done to reverse this problem.

On June 12, 2020, during his General Audience, Pope Francis said: “In the current health emergency situation, in several countries many children and young people are forced into jobs that are inappropriate for their age, in order to help their families in conditions of extreme poverty.” The Pope went on to say, “I appeal to the institutions to make every effort to protect minors.” He asked them to ensure that the economic and social gaps, which underlie the distorted dynamic of child labour, are filled. He said, “Children are the future of the human family: it is up to all of us to foster their growth, health and serenity.”

Fr Kevin O’Neill is a member of the Justice, Peace and Ecology office at the Columban Mission Center, Essendon.