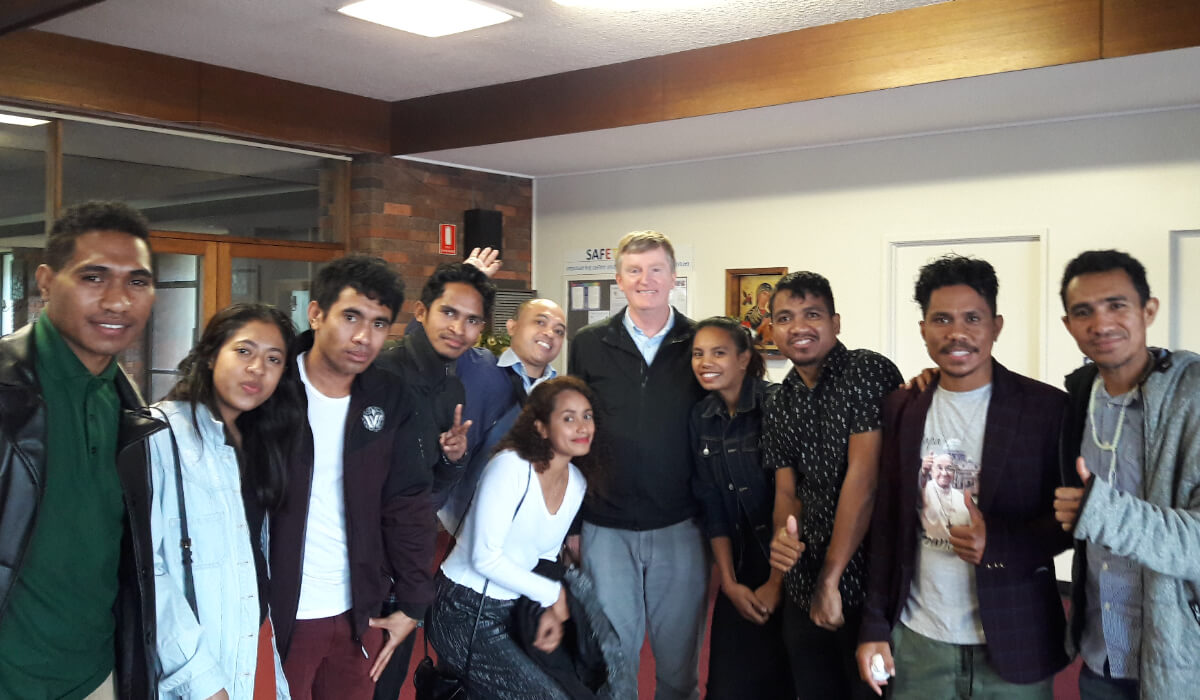 In 1870, Pope Pius IX declared St Joseph “Patron of the Catholic Church”. St Columban’s Mission Society has a particular association with St Joseph. He is the patron of the Church in China where the Columbans began their missionary work in 1920. After Jesus and Mary, many cathedrals and churches in China are dedicated in the name of St Joseph.

Since the time of the church’s first social Encyclical, Pope Leo XIII’s Rerum Novarum (1891), an aspect of Saint Joseph that has been emphasized is his relation to work. Columban Fr Charles Rue says, “In his Encyclical Pope Leo XIII countered Marx by mapping a healthy link between capital and labour based on respect and fairness. It especially casts aside the greed of capitalising on unjust wages and bad work conditions”. Some decades later, when Pope Pius XII created the feast of Joseph the Worker, 1st May Labor Day 1955, he wanted to counter negative views about manual labour in the light of the Gospel.

In his Apostolic Letter Patris Corde – With a Father’s Heart (December 8, 2020), marking the 150th anniversary of the proclamation of St Joseph as patron of the universal church and the beginning of the special Year of St Joseph, Pope Francis says, “Joseph is certainly not passively resigned, but courageously and firmly proactive”. We see this strong quality in Joseph when the Holy Family had to flee their homeland seeking safety in Egypt. Reflecting on the plight of the Holy Family, Pope Francis says, “I consider Saint Joseph the special patron of all those forced to leave their native lands because of war, hatred, persecution and poverty”.

Columban missionaries accompany migrant workers throughout the world, advocating for their rights, as well as changes in government policies so that the dignity and well-being of these workers are protected.

Fr Dan Harding and Fr Martin Koroiciri, together with the parishioners in St Columban’s parish, Santiago, run a House of Hospitality for migrants who have made the treacherous journey from their homelands in search of safety and employment in Chile. Migrants find a warm welcome and a place of safety and rest as they settle into their new country of abode and find employment.

Fr Peter O’Neill, the Columban leader in Australia, lived in Taiwan for 26 years where he worked tirelessly advocating for the rights and protection of migrant workers from Asia who travel to Taiwan for work to support their families at home. Fr Peter continues this advocacy for migrant workers in Australia as a member of the Australian Catholic Religious Against Trafficking in Humans (ACRATH).

Fr Peter is ACRATH’s representative on the Australian Government’s newly established Pacific Australia Labour Mobility (PALM) Agriculture Committee. As a member of the committee, he continues to advocate for the protection of the rights of temporary workers in Australia.

For both women and men, work is an expression of their dignity as human beings. Respect for their dignity demands that they be able to grow as persons through their work. In his Apostolic letter Patris Corde, Pope Francis says, “How can we speak of human dignity without working to ensure that everyone is able to earn a decent living?” Too often profits unfairly dictate the salary of workers and how workers are treated. The respect and human dignity of workers demand that they have security of employment and participate in shaping the conditions under which they work. Pope Francis highlights, “Working persons, whatever their job may be, are cooperating with God himself, and in some way become creators of the world around us.”

Because individual workers are often weak in relation to employers, the relationship between them will always need to be negotiated. The Feast of St Joseph the Worker reminds us that this negotiation must be based on respect and its fairness be enforced by governments.