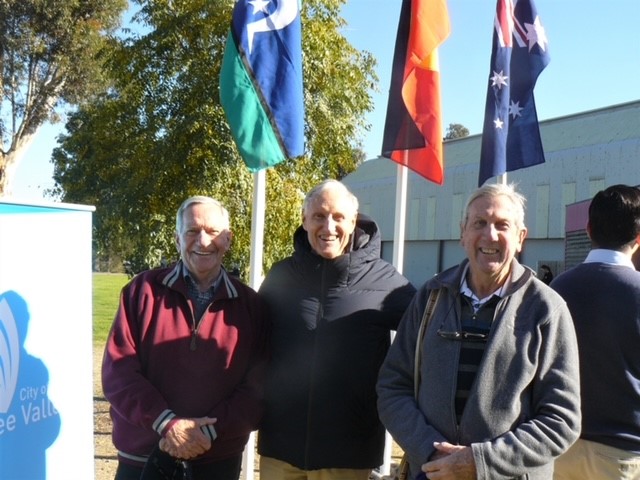 Columban missionaries joined NAIDOC Week (July 3rd-July 10th), a focused time each year in which to recognize and celebrate the history, people, culture and achievements of Aboriginal and Torres Strait Islander peoples.

At the Moonee Valley City Council Flag Raising Ceremony on July 6th, Wurundjeri Woiwurrung Elder, Aunty Julieanne Axford, stated NAIDOC Week is a special week for Aboriginal and Torres Strait Islander peoples.  It is a time to celebrate many people who have worked for justice over the generations and to celebrate Aboriginal and Torres Strait Islander culture and history.  Aunty Julieanne said the Wurundjeri name comes from the Manna Gum tree which is common along the Birrarung (Yarra River), and a species of grubs that are found in the trees.  Woiwurrung is the name of the local language.  NAIDOC Week is a time for the whole community to learn and get involved.  A group of Columban missionaries attended the Moonee Valley Council Flag-Raising Ceremony among other commitments to celebrate NAIDOC Week this year.  The 2022 theme of NAIDOC Week (July 3rd – July 10th) “Get Up, Stand Up, Show Up” formed part of the long movement towards justice and equity for Aboriginal and Torres Strait Islander peoples.  Aunty Julieanne stated justice for Aboriginal and Torres Strait Islander peoples includes “proper environmental, cultural and heritage protection, constitutional change, a comprehensive process of truth-telling, working towards treaty and calling out racism.”  Aunty Julieanne stated “we must all do this together.” 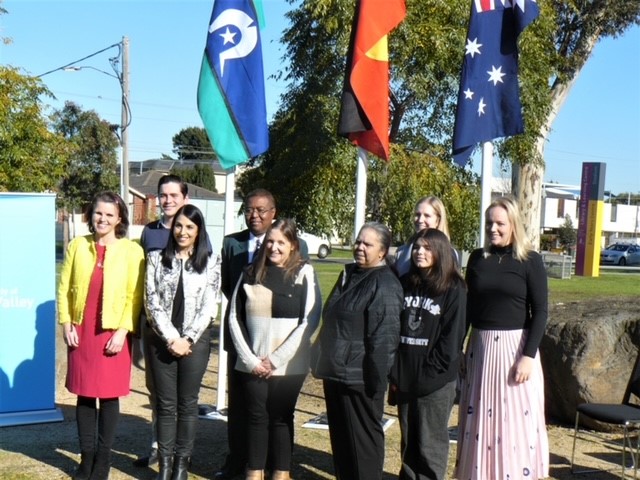 In May this year faith leaders from across Australia, including a representative of the Australian Catholic Bishops Conference came together to endorse the Uluru Statement from the Heart.  Sherry Balcombe a Queensland Djabaguy/Okola woman and Coordinator of the Aboriginal Catholic Ministry in Victoria said, “it was inspiring to see so many different Faiths all supporting the ‘Voice” for Aboriginal people and hopefully they will go back and educate their communities about the importance of us having a place at the table, where decisions about us and our lives are being made.”  The Plenary Council meeting in Sydney (July 3rd – July 9th) also supported the Uluru Statement from the Heart.  Sherry says time is now of the essence and we can all help to build the growing momentum for change.

At a special Mass at St Patrick’s Cathedral on July 3rd, to celebrate Aboriginal and Torres Strait Islander Sunday, Sherry was awarded the National Aboriginal and Torres Strait Islander Catholic Council (NATSICC), Service to the Community Award.  Sherry has been an integral part of Aboriginal Catholic Ministry in Victoria for 20 years.  Columban missionaries attended the NAIDOC Week Mass at St Francis’ Church in Melbourne on Sunday 10th July, the last day of the week-long celebration in which Fr Jo Dirk’s SSS, congratulated Sherry on her award and expressed thanks for the ministry of the Aboriginal Catholic community in the Australian Church. 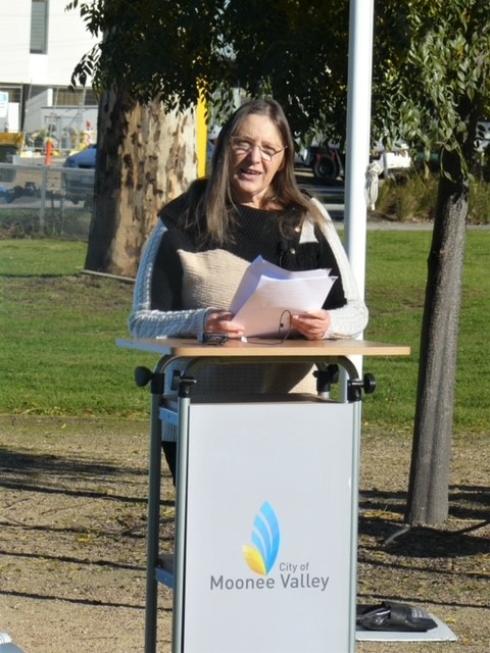