The environmental impacts of war 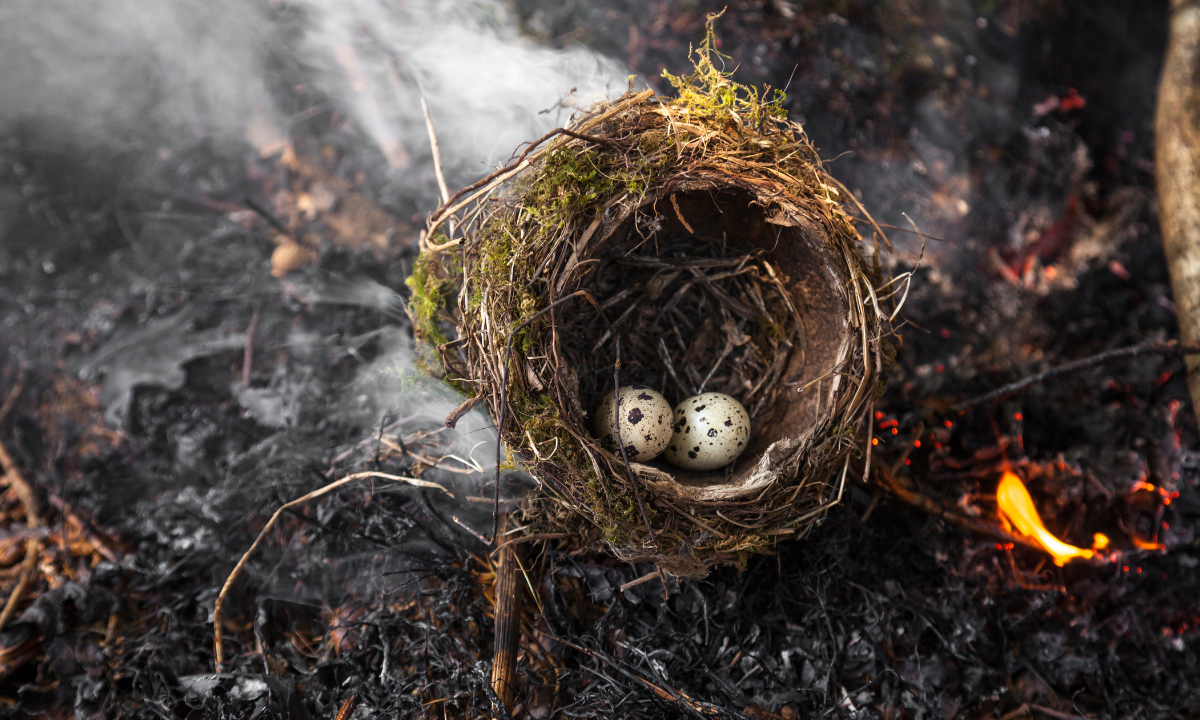 Some of the environmental impacts of war are the total destruction of forests, poisoned air, water and soils, and death of animals - Photo:canva.com

Climate change is affecting every region of the world with dangerous impacts to people and Earth’s living systems.   The impacts of climate change are intensifying with unprecedented heatwaves, droughts, floods, bushfires and biodiversity loss.  These events are already affecting the lives and livelihoods of people everywhere, particularly poorer communities who contribute least to its causes.

Currently global warming has reached an average of 1.2 degrees and hotspot countries for the worst climate change impacts include those with mega populations, wide-spread poverty and low levels of infrastructure to cope.  Furthermore, the pressures brought about by worsening climate change such as access to food and clean water can contribute to situations of war and armed conflict, and threaten global peace.  Internal conflicts are also linked to the exploitation of highly sort after resources such as timber, fossil fuels and precious metals.

The United Nations was formed in 1945 following the devastation of two world wars with the goal to help save future generations from the scourges of future war.  The International Day for Preventing the Exploitation of the Environment in War and Armed Conflict says humanity has always counted war causalities in terms of dead and wounded soldiers and civilians, and destroyed cities and livelihoods.  However, the destruction of the environment often goes unpublicized.  Some of the environmental impacts of war are the total destruction of forests, poisoned air, water and soils, and death of animals.  A further impact is brought about by the release of greenhouse gas emissions as a result of war and the preparation for war.  Greenhouse gas emissions from the burning of fossil fuels are responsible for human-induced climate change.  Countries who are signatories to the United Nations Framework Convention on Climate Change are not required to report the substantial quantities of greenhouse gas emissions from military activity.

The threat posed by climate change to global security and peace are recognized at the highest levels of the United Nations.  The United Nations Secretary-General Antonio Guterres stated in 2020: “it remains irrefutable that climate change continues to be one of the most systemic environmental threats that humankind has ever faced.”   The United Nations increasingly attaches importance to ensure conflict prevention takes account of action to protect and restore the environment “because there can be no durable peace if the natural resources that sustain livelihoods and ecosystems are destroyed.”  The United Nations re-affirms the Sustainable Development Goals for people, planet and prosperity, to eradicate poverty and hunger, protect the planet from degradation including through sustainable production and consumption and ensure the equal opportunities for all peoples.