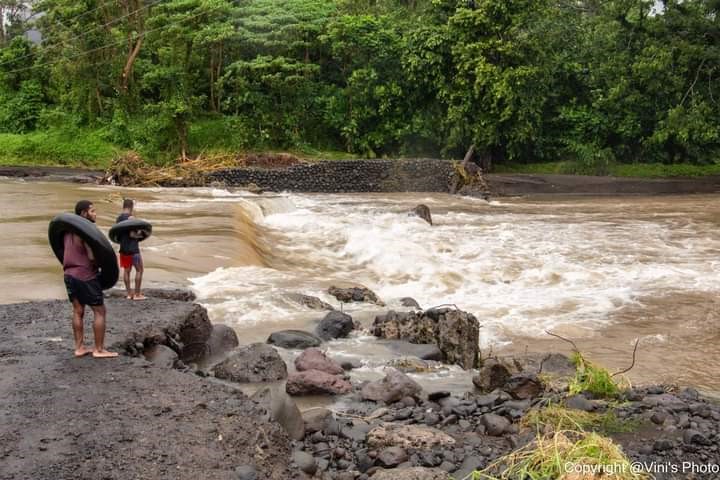 Life on the rural communities. Without crossing and roads fully washed away, life is going to be very difficult. - Photos: Tevita

On January 10th Category 1 Cyclone Cody hit Fiji with severe rains and flash flooding that have devastated the country.  Roads have been washed away and homes, crops, and businesses have been destroyed.  All coastal areas of the Fiji Islands have been inundated, forcing communities to evacuate.   Residents from some villages have been relocated for the second time in just over twelve months, when they were forced to move due to Tropical Cyclone Ana.  Tevita Naikasowalu, the Justice Peace and Integrity of Creation coordinator for the St Columbans Mission Society in Fiji, states there is urgent need for assistance.  Tevita reports “Life is going to be very difficult, it is now a real need to help all we can.”  Four days after the initial event, the Bureau of Meteorology in Fiji has issued warnings for ongoing heavy rain and flooding in some low-lying areas.  As flood waters in other areas begin to recede and markets re-established, there are concerns about the escalating cost of food across the country.

Tropical Cyclone Cody bore down on Fiji at the same time as the country has been battling the third wave of the Covid-19 pandemic.  Access to healthcare has been severely impacted due to the floods and there are reports of people dying at home from the virus.  Covid-19 infection rates are feared to continue to escalate as villagers are relocated together in public facilities such as schools.  In these settings, people are supporting one another with food and basic resources.  There are also fears for public health from water-borne diseases brought about by the floods.

Columban missionaries in Fiji have shared a vivid report and images of the impacts of Cyclone Cody so that the voices of those affected can be heard.

The pandemic has also already brought about severe economic and social consequences for Fiji.  In March 2020, Fiji closed its borders to foreign nationals in order to protect its citizens from Covid-19.  This necessary measure also shut down the tourist industry, a major source of income for the country.  In early December 2021, the borders re-opened to quarantine free travel for citizens of select nations.  This was hoped to be a major boost to the economy and lives of local peoples.  The cyclone has now set things back further.

The pandemic and the impacts of increasing extreme weather events are multiplying drivers of poverty in Fiji.  Fiji amongst all Pacific nations is particularly vulnerable to the impacts of climate change.  A report by Christian Aid ‘Counting the Cost: A Year of Climate Breakdown’ published in December 2021, states that whilst the ravages of the pandemic continue to spread around the globe, “the climate crisis continues to rage, creating its own path of devastation.”  The report affirms that one of the glaring omissions from the Climate Change Conference (COP 26) in Glasgow November 2021, was the failure to set up a fund to finance permanent loss and damage from climate change for vulnerable nations.  Many small landholders in poorer nations are not insured against climate risk and there is a lack of government infrastructure to support those impacted. 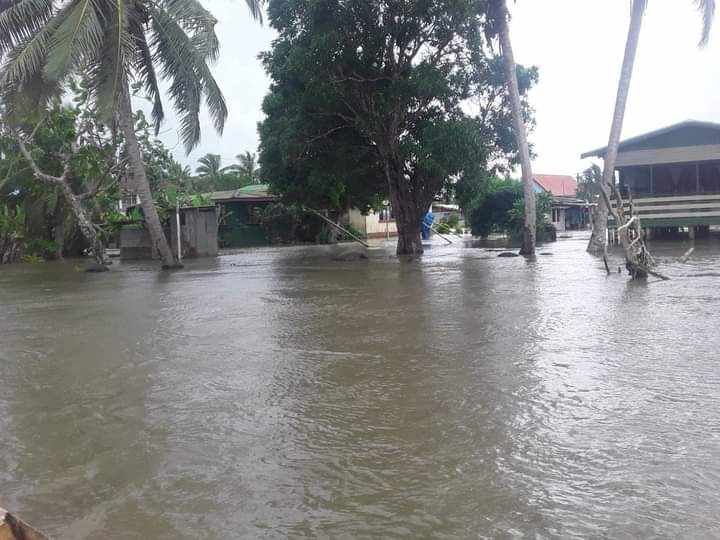 During an Eco Jesuit webinar called ‘Faith at the Climate Frontiers’ in November 2021, Cardinal Soane Patita Pani Mafi of Tonga spoke about his concerns for his people as a result of climate change.  He affirmed the vital role of the Church in advocating for justice.  The Cardinal echoed the messages of Pope Francis that the Church is called “to be in the midst of realities, always on the move and exercising theology on the march.”

Columban missionaries in Fiji have shared a vivid report and images of the impacts of Cyclone Cody so that the voices of those affected can be heard.