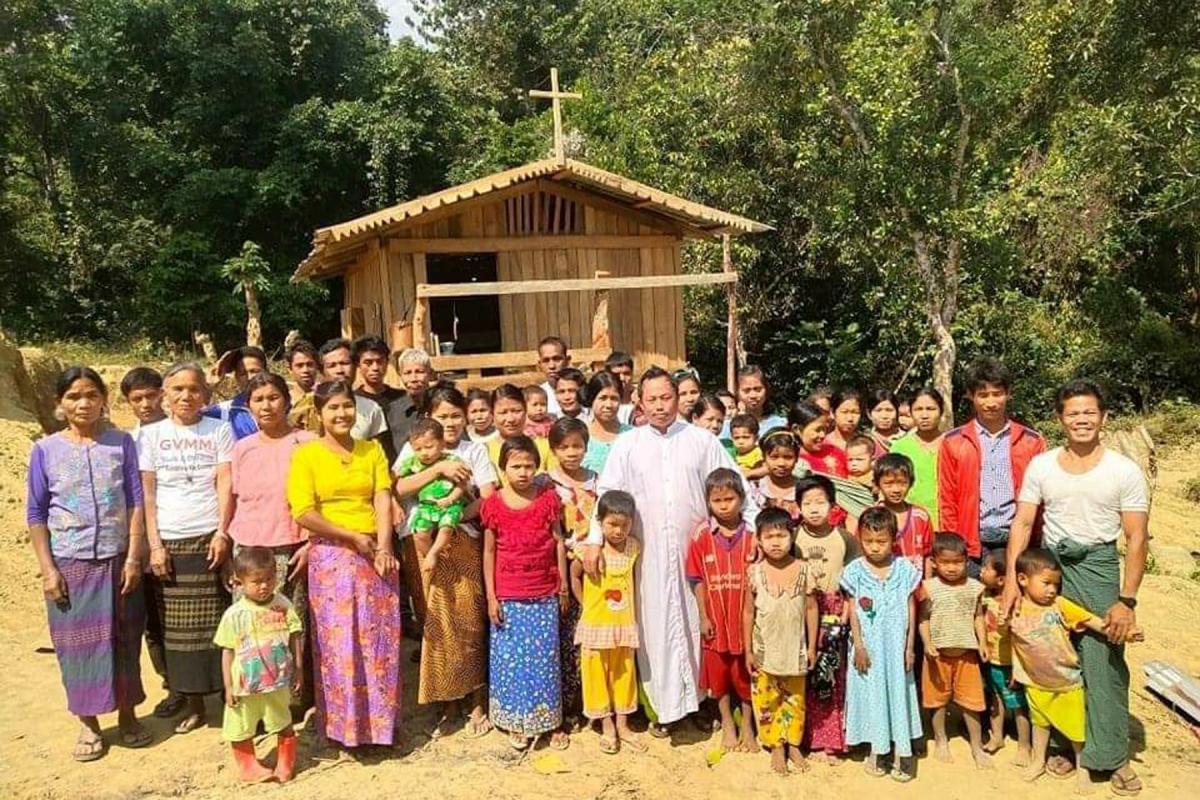 Columbans with the people of Myanmar pray for peace - Photo:St Columbans Mission Society

Columban missionaries stand side by side with the local people in their non-violent protests against all forms of injustice.

The United Nations International Day of Non-Violence is observed on October 2nd, the birthday of Mahatma Gandhi. Established in June 2007 the International Day is an occasion to disseminate the message of non-violence, including through education and public awareness, affirming the universal relevance of the principle of non-violence and the desire to secure a culture of peace, tolerance, understanding and non-violence. Mahatma Gandhi said: “Non-violence is the greatest force at the disposal of humankind.”

During his recent visit to Kazakhstan, Pope Francis, on September 14th, addressed the Opening and Plenary Session of the “VII Congress of Leaders of World and Traditional Religions”. The congress, which is held every three years, was the initiative of Kazakhstan’s first president, Nursultan Nazarbayev, as a way of promoting dialogue among religions. In his Address (see below) the Pope said as war, violence and extremism threaten the lives of countless people, religions must rise above differences and be examples of peace and harmony. “We need religion in order to respond to the thirst for world peace and the thirst for the infinite that dwells in the heart of each man and woman,” he said. Religion, said Pope Francis, “is not a problem, but part of the solution for a more harmonious life in society”.

Pope Francis says, “conflicts are prevented with the daily search for fraternity.” On this year’s International Day of Non-violence let us continue to build bonds of fraternity within the human family, celebrating our unity in diversity as people of different nations, ethnicity and faith traditions. Let us hold close to our hearts the words of Pope Francis when he says, “peace starts with not hating, not excluding, not discriminating against, not leaving anyone on their own.”

Columban missionaries for over a century have accompanied the people among whom we live and serve through times of conflict and war. We stand side by side with the local people in their non-violent protests against all forms of injustice.

Columbans continue to accompany the people of Myanmar during these times of ongoing unrest in the aftermath of the military coup. For many years now, with the support of our benefactors, Columbans have assisted with the daily needs and education of children and youth who are living in refugee camps having fled, with their parents, from the safety of their homes because of years of conflict and unrest in the Kachin State in the northern area of Myanmar.

Let us continue to pray for peace in our world. Prayer is essential says Pope Francis: “To pray is to protest war in front of God. Never stop asking the Lord with faith and insistence for the end of conflict.” “Our prayers,” says the Pope, “give voice to the lament of the people.”

We pray that non-violent protests against all forms of injustice, as we see in the streets of many countries across the world, will bring about a just world for all.