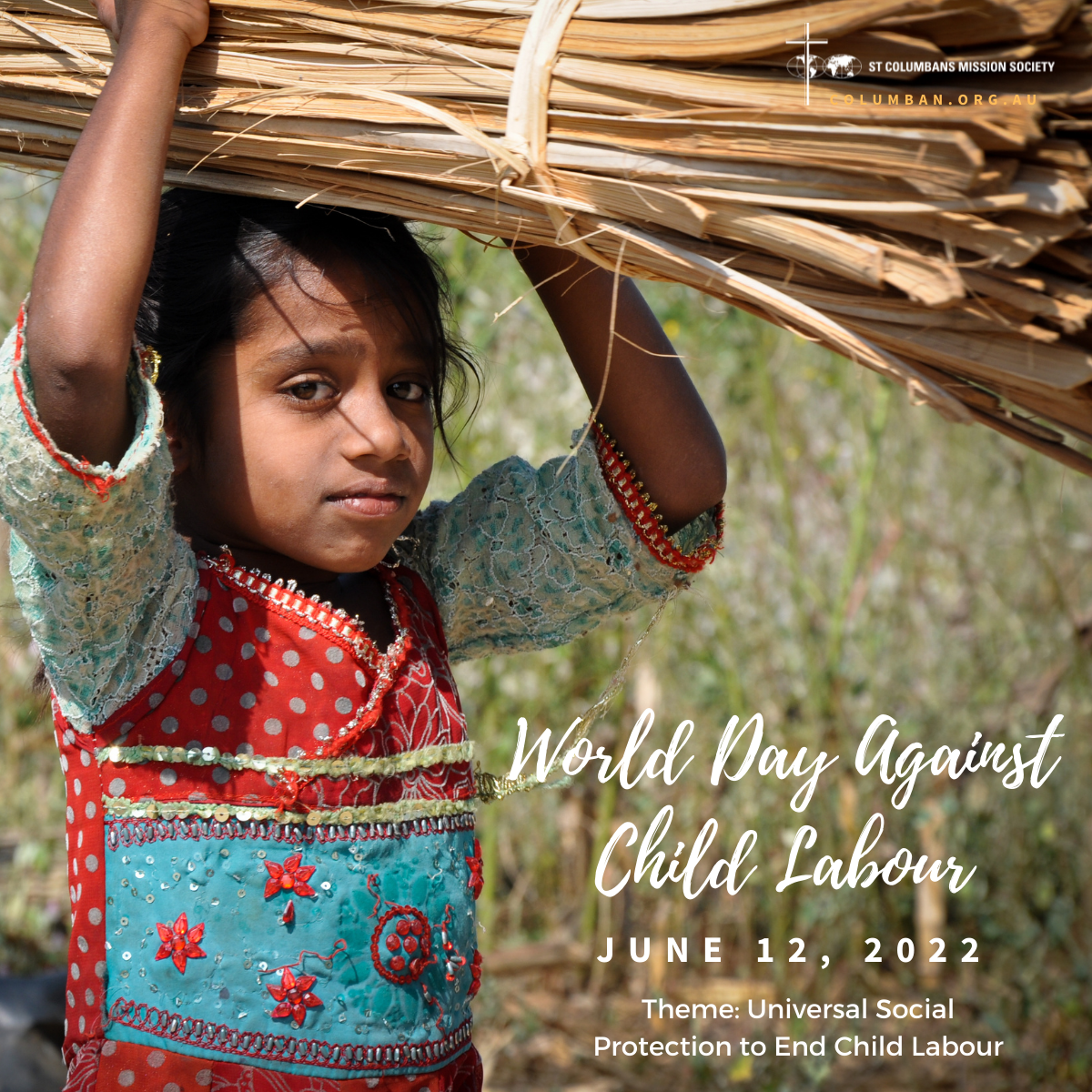 Pope Francis, in his 2015 World Peace Day Message, reminds us of what Pope Benedict XVI wrote in Caritas in Veritate (n. 66): that every person should “realise that purchasing is always a moral – and not simply an economic – act”. As we mark this year’s World Day Against Child Labour let us make slavery-free choices when we purchase chocolate, tea, coffee, sports equipment, garments and electronic goods, and let us talk with family and friends encouraging them to make slavery-free choices.

June 12 is the United Nations World Day Against Child Labour. This international day was launched by the International Labour Organization (ILO) in 2002.

Children around the world are routinely engaged in paid and unpaid forms of work that are not harmful to them. However, they are classified as child labourers when they are either too young to work, or are involved in hazardous activities that may compromise their physical, mental, social or educational development.

Child labour has decreased by 38% since 2000. However, the current situation with Covid 19 threatens the hard work done to reverse this problem with many children needing to work to help their families living in extreme poverty.

This year’s World Day Against Child Labour has the theme: “Universal Social Protection to End Child Labour”. The International Labour Organization, together with its constituents and partners, is calling for increased investment in social protection systems and schemes to establish solid social protection floors and protect children from child labour.

Government social protection systems are essential to fight poverty and vulnerability, and eradicate and prevent child labour. Social protection is both a human right and it helps to prevent families from resorting to child labour in times of crisis. The International Labour Organization states: “As of 2020 and before the COVID-19 crisis took hold, only 46.9 per cent of the global population were effectively covered by at least one social protection benefit while the remaining 53.1 per cent – as many as 4.1 billion people – were left wholly unprotected. Coverage for children is even lower. Nearly three quarters of children, 1.5 billion, lacked social protection”.

Significant progress towards ending child labour requires increased investment in universal social protection systems, as part of an integrated and comprehensive approach to tackle the problem.

Pope Francis, in his 2015 World Peace Day Message, reminds us of what Pope Benedict XVI wrote in Caritas in Veritate (n. 66): that every person should “realise that purchasing is always a moral – and not simply an economic – act”.

Fr Peter O’Neill, the leader of St Columbans Mission Society in Australia, is a member of Australian Catholic Religious Against Trafficking in Humans (ACRATH). St Columbans Mission Society supports ACRATH’s call for us all to mark World Day Against Child Labour by committing to act in ways such as: making slavery free choices when we purchase chocolate, tea, coffee, sports equipment, garments and electronic goods, and talking with family and friends encouraging them to make slavery-free choices.

Columban Fr Shay Cullen and staff at the People’s Recovery, Empowerment and Development Assistance (PREDA) Foundation in the Philippines, have been working tirelessly for decades to protect children who have been trafficked.