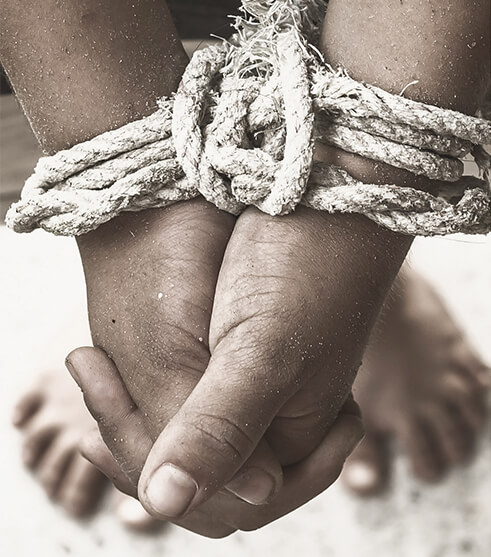 Australia is known as a law-abiding society. In every state across Australia, I need a licence to drive a car, to run a business or to sell liquor. There are licences for all kinds of things. However, when it comes to the hiring of labour across all industrial sectors, only Queensland and Victoria require a licence. Labour hire services include recruiting or placing workers with another person or business to perform work for them, while procuring or providing accommodation and paying wages to those workers.

In 2016, the Australian Government established the Migrant Workers’ Taskforce to identify proposals for improvements in law, law enforcement and investigation, and other practical measures to more quickly identify and rectify any cases of migrant worker exploitation. The Taskforce was established as part of the government’s response to the revelation of significant wage underpayment in certain industrial sectors. At the time there was much publicity concerning 7-Eleven franchises.

The Taskforce, chaired by Professor Allan Fels AO and Dr David Cousins AM, made recommendations aimed at improving workplace protections for vulnerable migrant workers. The then government released the report of the Taskforce and Government Response on 7 March 2019 accepting, in principle, all 22 recommendations.

The Government’s Select Committee on Temporary Migration was established by the Senate in December 2019. Its mandate was to inquire into and report on the impact temporary migration has on the Australian economy and on wages and jobs, social cohesion, and workplace rights and conditions.

In its submission to the Select Committee, ACRATH (Australian Catholic Religious Against Trafficking in Humans) recommended that the government implements a national labour hire licencing scheme that covers all industries.

ACRATH stated that “a national licencing scheme would go a long way to protecting the rights of migrant workers in Australia and prevent exploitation by unscrupulous labour hire companies.” ACRATH also recommended that the government introduces stringent penalties for wage theft.

On 1 September 2021, the Senate Select Committee on Temporary Migration presented its report to the Senate. The Committee made 40 recommendations for reform aimed at protecting vulnerable temporary visa holders from exploitation. “The committee recommends that the Australian Government, as a priority, implement a National Labour Hire Licencing Scheme. The National Labour Hire Licencing Scheme should build on existing frameworks, such as those schemes operating in Queensland and Victoria, to provide a nationally consistent framework.”

The committee also recommended “that the Australian Government increase penalties for wage theft and prioritise the re-introduction of legislation to criminalise wage theft in Australia.”

The case of Maroochy Sunshine Pty Ltd, a labour hire provider, and its director, Mr Emmanuel Bani, illustrates the urgency of implementing a National Labour Hire Licencing Scheme. In July 2014, twenty-two seasonal workers from the Pacific came to Australia on the Australian Government Seasonal Worker Programme. I first met two of the workers in Bundaberg in July 2018 when they returned to Australia on a second placement.

The 22 workers were underpaid by $77,649 over seven weeks while they were employed to pick fruit and vegetables on six farms in the Lockyer Valley, Sunshine Coast and Bundaberg areas. When they asked Mr Bani for their wages, he refused and threatened to refer them to the police and have them deported. On occasions, they were only provided with one meal a day.

The workers reported their labour exploitation and underpayment of salaries to the Fair Work Ombudsman, Department of Employment and Australian Federal Police in September 2014. The Fair Work Ombudsman lodged a Statement of Claim in the Federal Circuit Court in Brisbane in November 2015. Maroochy Sunshine Pty Ltd was penalised $186,000 and Mr Bani a further $41,300 in March 2017. In his judgement, Judge Michael Jarrett stated, “Maroochy Sunshine and Mr Bani treated these employees egregiously.” Maroochy Sunshine and Mr Bani refused to pay these penalties. Mr Bani was never prosecuted for labour exploitation.

In September 2018, the two workers asked ACRATH to follow up the matter with the Fair Work Ombudsman. As a member of ACRATH, I undertook this task and had regular correspondence with the Ombudsman over a period of two years. Eventually Mr Bani was summonsed to attend six enforcement hearings at the Federal Circuit Court in Brisbane from June to December 2019. In May 2020, the Ombudsman obtained financial information to establish Mr Bani does not currently have any substantial means to pay the judgement debt. The court closed the proceedings nearly six years after the workers first contacted the Ombudsman.

With the closure of the court case, ACRATH could then proceed to assist the 22 workers to apply for an act of grace payment from the Australian Government. ACRATH sought pro bono legal assistance from a reputable law firm to prepare the detailed submissions. In June 2021, the Australian Government Department of Finance decided to authorise an act of grace payment to each of the workers for their stolen wages plus the $500 that Maroochy Sunshine was required to contribute towards each worker’s international travel expenditure.

The time has come for the Australian Government to implement a National Labour Hire Licencing Scheme covering all industries and to prioritise the re-introduction of legislation to criminalise wage theft to prevent, suppress and punish trafficking in persons.

When they asked Mr Bani for their wages, he refused and threatened to refer them to the police and have them deported. On occasions, they were only provided with one meal a day. 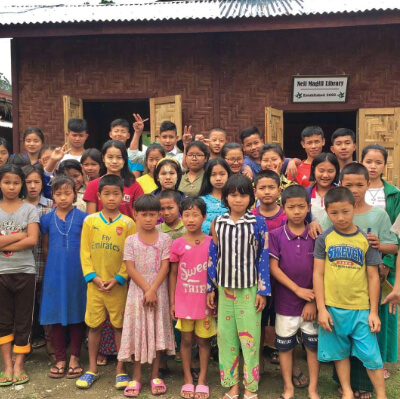 Support the Columban Mid-Year Appeal to assist with our missionary work in many countries across our world where people suﬀer from war, hunger, and desperate living conditions.