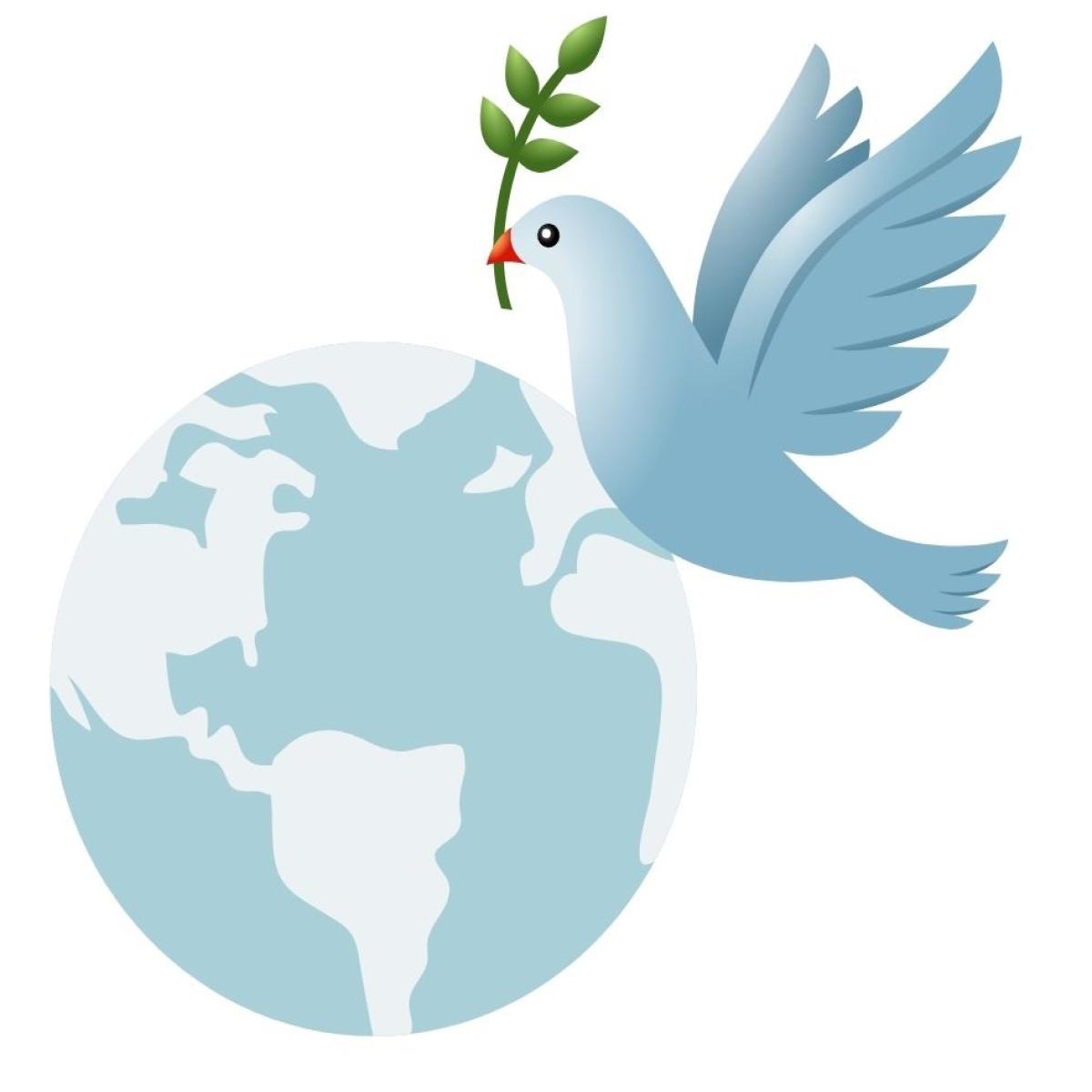 Every year on January 1, the Pope marks the World Day of Prayer for Peace with a special message inviting all people to reflect on the important work of building peace. The World Day of Prayer for Peace, which is also the Solemnity of Mary the Mother of God, was established by Pope Paul VI in his December 1967 message and celebrated for the first time in January 1968.

Pope Francis said: “Life today is governed by war, by enmity, by many things that are destructive. We want peace. It is a gift.”

In sending his disciples forth on mission, Jesus told them: “Whatever house you enter, first say, ‘Peace to this house!’ And if a person of peace is there, your peace will rest upon that person, but if not, it shall return to you.”(Lk 10:5-6).

Pope Francis says, “Bringing peace is central to the mission of Christ’s disciples. That peace is offered to all those men and women who long for peace amid the tragedies and violence that mark human history. The ‘house’ of which Jesus speaks is the family, community, country and continent, in all diversity and history. But it is also our ‘common home’: the world in which God has placed us and which we are called to care for and cultivate.”

The title of Pope Francis’ message for this year’s 55th World Day of Prayer for Peace is: “Education, work and dialogue between generations: tools for building lasting peace”. In his message Pope Francis invites everyone to ‘read the signs of the times with the eyes of faith’, so that our response to the needs of the current and future times awakens both new and old questions with which it is right and necessary to be confronted.

On this year’s World Day of Prayer for Peace let us respond to Pope Francis’ plea for us to protest war in front of God. We pray that all humanity will be open to God’s grace enabling us to work together for peace and proclaim together “no more to war”.

In Pope Francis’ message the following questions arise:
Does work in the world respond, more or less, to the vital needs of human beings for justice and freedom?
Are the generations truly in solidarity with each other?
Do they believe in the future?
Do governments succeed in setting a horizon of peace?

Lasting peace in the world can be achieved only by responding to the needs of current and future generations, the Vatican said as it announced the them Pope Francis chose for his 2022 World Day of Prayer for Peace message.

Pope Francis says, “Peace starts with not hating, not excluding, not discriminating against, not leaving anyone on their own.” “We cannot accept resignation to wars being a daily companion of humanity,” he says. “We cannot accept that so many children grow up under the shadow of conflict. We must say ‘No more’ to war.”

Pope Francis says that praying for peace is also essential. “To pray is to protest war in front of God. Never stop asking the Lord with faith and insistence for the end of conflict. Our prayer gives voice to the lament of people” impacted by every war.

On this year’s World Day of Prayer for Peace let us respond to Pope Francis’ plea for us to protest war in front of God. We pray that all humanity will be open to God’s grace enabling us to work together for peace and proclaim together “no more to war”.

Fr Kevin O’Neill is a member of the Columban Peace, Ecology and Justice team.