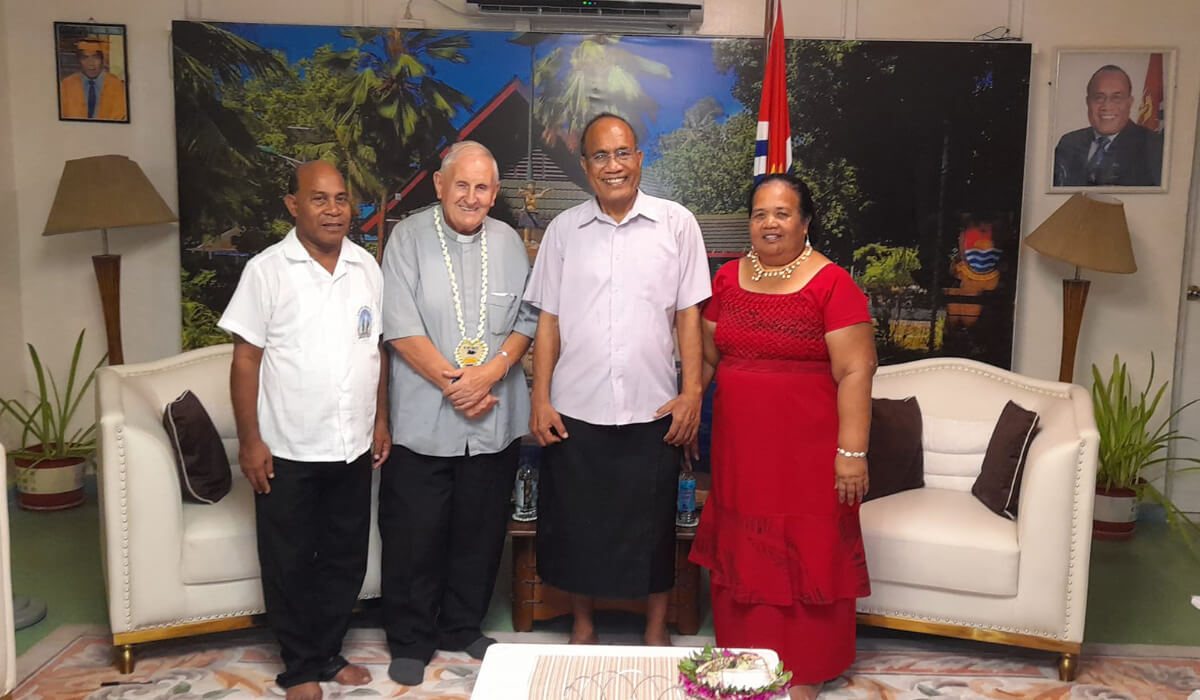 On Mon Jan 16, the president of Kiribati, the Hon Taniti Mamau, hosted a banquet in honour of Columban Father Donal McIlraith, of Macroom. Fr McIlraith is a Columban who has taught scripture at the Suva Seminary for the past 34 years. During that time, he taught nearly all the present priests of Kiribati.

He was invited to give their annual retreat in Jan, and this presidential invitation arrived unexpectedly after the retreat while he was still in Tarawa, the capital of Kiribati

Kiribati is a series of about 40 Atolls strung along the equator just north of Fiji. The present population is about 130,000. The country is no more than 50 feet above sea level, and so the entire existence of Kiribati is threatened by the rising sea and the current climate crisis. 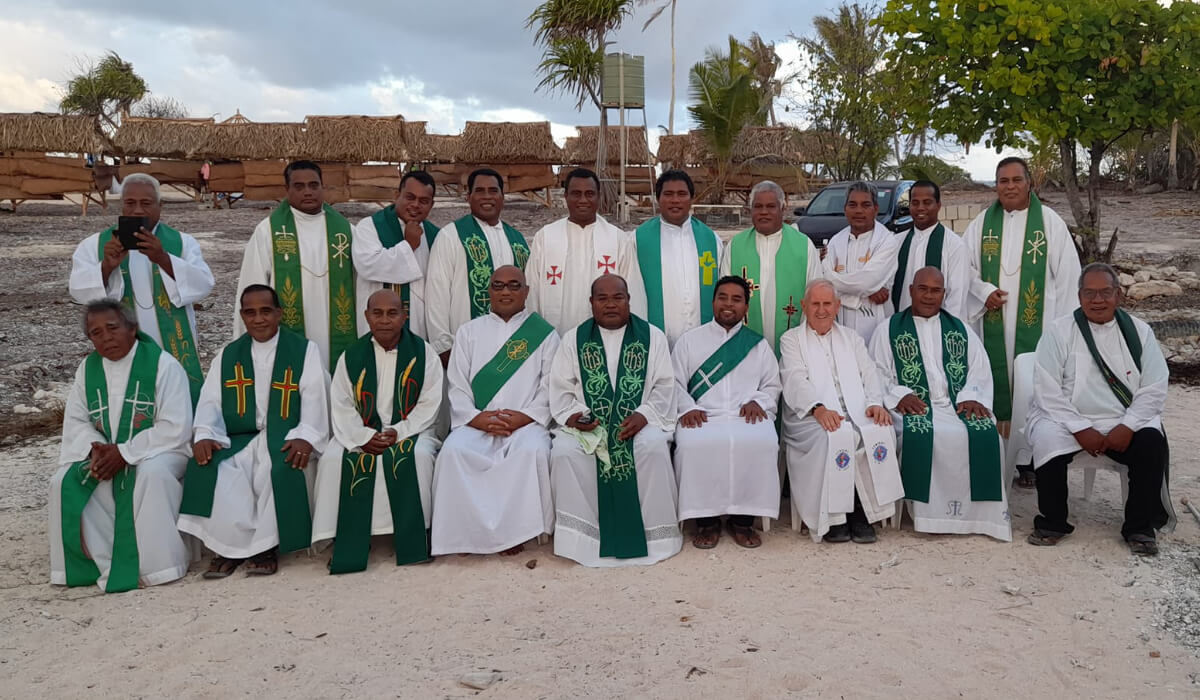 The banquet opened with traditional Kiribati dancing and music. The president then welcomed Fr McIlraith and thanked him for coming from Fiji to assist the priests of Kiribati. He also thanked the priests and the Catholic Church for all they do for Kiribati and for their help during the recent COVID crisis. The priests were led by their Apostolic Administrator, Fr Iona Tatau. They have recently lost both their bishops, MSC bishop Paul Mea and their new Bishop Elect, Dr Koru Tito, who had died before being consecrated.

Government ministers and permanent secretaries and their wives also attended the banquet. One of the ministers, Martin Morris, had once been a student of Fr Donal’s, and they had a happy reunion.

In his words of thanksgiving, Fr Donal thanked the President and the First Lady, Madame Teiraeng Mamau, for this honour. He then paid tribute to the Irish sisters who had worked and those who, like Sr Mella McCaughey of Monaghan, who, after 60 years of work there, was buried in Tarawa. He noted that Kiribati and Ireland are united in that both come from a Christian tradition, and both were colonies of England with all that that entailed. He expressed his delight at the invitation to revisit Kiribati and to pray with his students and friends and hoped they were as happy with his visit as he was. At the end of the banquet, he was asked to give the blessing which he did in the Kiribati language.