A good missionary is always learning from and enjoying others 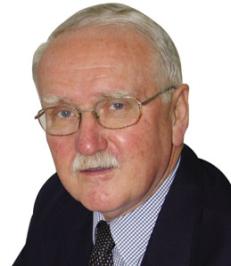 I was ordained in 1969 and went to Korea in 1970. I was young and full of energy. I wanted to go to Korea and looked forward to living in a country with an exciting and ancient culture. It was a marvellous opportunity to learn from people who were dramatically different.

While I was preparing to leave I remember borrowing a history of Korea. I launched into it with enthusiasm but I was forgetting things almost as fast as I was reading them because nothing was familiar. I would confuse the names of generals with the names of cities. I didn’t know whether Yong San Po was an emperor, a writer, a battle or a port city. That was the beginning of a vital missionary lesson. We can all only hear, understand and remember what makes sense to us. Unless we are Mary Poppins “nonsense” words are quickly forgotten.

I was only four years in Korea when I was sent to Rome for postgraduate studies, but my years in Korea were marvellous. I liked the people. They were hospitable and generous. I was interested in the language and like all people who learn to live in a new language I slowly realised I was learning a new way of thinking. Because I had new words I could think new thoughts. It was an expansion of my mind and my humanity. It taught me that for missionaries, curiosity is an essential missionary virtue.

But a missionary also needs to learn to be humble and examine his or her motives. I started to learn this in Korea.

I was so keen and energetic I took over too often. I rarely let my hosts play host. Most of the time I acted as if I was the host and I only slowly learnt to be a gracious guest. Now I am a little ashamed of what I did. I have learnt that a missionary must be curious, humble, open minded and willing to learn. Since then I have often reflected on the obstacles to learning from others.

One is fear. We are all frightened of people who are strange and different and whom we do not know “in the round”.

But fear can be overcome by living with people. Slowly they become friends and we feel increasingly at home and enjoy life.

The Gospels are full of stories of people like the Pharisees and the Elder Brother judging harshly and being unable to think generously because they are blinded by their virtue and the effort they had put into being virtuous.

It is easy to criticise the Pharisees but even easier to imitate them. But if we put ourselves in the other’s position we realise that criticism only make us close up. Whereas when people see the good in us our hearts open. It releases the lover in us. We enjoy ourselves and become open to learn, and to be filled with the Spirit.

Missionaries who have lived happily across the boundaries of culture, religion, language and economic circumstances are a great resource for a modern and increasingly multicultural and multi-faith Australia and New Zealand. Returned missionaries have a vocation to build bridges between peoples to share their happiness and help people to think generously of one another.