People listen to witnesses rather than teachers 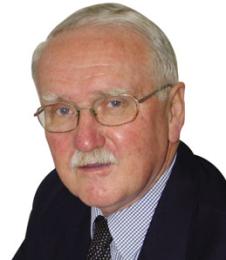 In 1975 Paul VI made the powerful comment, “Modern man listens more willingly to witnesses than to teachers, and if he does listen to teachers, it is because they are witnesses.” They are sobering words especially for missionaries. They always remind me of a poster which featured a huge hippopotamus with a massive yawn.

The caption read, “When all is said and done, more is said than done”.

I am also reminded of a parable I heard once about a young African called Kahua. Kahua lived in the hills above a vast savannah in East Africa. One day he came down to the savannah and turned up at the Catholic compound where he met the priest. Kahua asked for a job for six months and as the priest urgently needed someone he was given a job working closely with the priest. It turned out that Kahua was honest and industrious, imaginative and reliable and above all he got on with everyone so the priest came to rely on him. So he was shocked when just short of the six months Kahua came to him to tell him that the time was almost up and he would be leaving in a week. “No Kahua, you can’t go. I need you. I know I have been cranky and difficult at times and I probably haven’t paid you enough but I promise to be better and make it up to you.”

Kahua explained that it really wasn’t about money. He reminded the priest that he lived in the hills and that one day when he was thinking about his life he had looked out on the savannah below where he saw the Christian compound and the Muslim mosque. He knew they were among the great world religions and thought they might have the answers he was searching for. So he told the priest, “I thought I would go and work for you and the Imam for six months each and then I would know which religion was best for me. Now it is time to go to work for the Imam.” “My God, Kahua, why didn’t you tell me?” muttered the priest. But the fact is most people don’t tell us. They watch us. It is our witness not our homilies that is important.

They want to see that in everyday life we are compassionate, patient, kind, and rarely jealous, angry or petty. I don’t think people expect us to be perfect but they want to see that our faith makes a difference. That in good times and even when under pressure we still have hope in our hearts, faith in the future and room for others.

Kahua was smart in wanting to learn about religion not from the priest’s or Imam’s homilies but from working with them.  The quality of our works and lives speak more powerfully than anything we can say. Witness and teaching belong necessarily together. The problem with much of our missionary endeavour is that our witness doesn’t measure up to our teaching. We can be a little like the hippopotamus, we say much more than we do.