From the Director - Don’t feed your anger 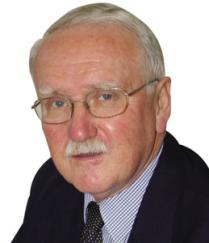 I used to take this challenge in my stride. By personality I prefer to avoid trouble so forgiving people is easier than fighting with them. Then some years ago I was seriously betrayed by someone close to me. This time it wasn’t easy to forgive because I was hurt in a way that could never be undone.

For a long while I fumed inwardly thinking about what I would do and say to get even. Besides pain of betrayal I felt that if I forgave the person involved I would be a fool, albeit a Christian fool. He would take advantage of me again and that somehow that would be weak when I wanted to teach him a lesson.

After some months of feeling bitter I slowly came to realise that the bitterness was hurting me more than anyone else. It certainly wasn’t hurting the person I wanted to hurt. He was blithely ignorant of my rage. Then I read in the Book of Sirach that only "the sinner holds on to anger and wrath, and the Lord heals us only when we stop nourishing anger towards another."

Later I read a parable about a Native American grandfather who told his grandson how he felt about a tragedy that had befallen him. He said, "I feel as if I have two wolves fighting in my heart. One is the vengeful, angry, violent one. The other wolf is the loving, compassionate one." The grandson asked him, "Which wolf will win the fight in your heart, Grandad?" The grandfather answered, "The one I feed."

It is true there is often a fight going on inside our hearts between our vengeful, angry righteous side and our loving, forgiving side. And if we keep running over the hurt in our minds and keep planning how we can get even then we will feed the vengeful side of ourselves and we will live bitter, unhappy, self-preoccupied lives.

It is this preoccupation with ourselves and what has happened to us which keeps us from seeing life from other peoples’ point of view, which prevents us from forgiving and which isolates us in our misery.

But I think the Native American’s words about not feeding our anger apply not only personally but socially. Our society and especially our politics are becoming increasingly angry. There is real venom in our national debates about all the major issues, the need for a carbon price, refugees, and the economy. Too many of us are feeding the vengeful, righteous, angry, violent wolf. So that constructive debate, openness and respect for the other’s point of view is near impossible. This kind of anger will only polarise us more, make everyone miserable and prevent the constructive dialogue we need to solve our problems.

We must try not to contain our anger no matter how justified it seems. We must not feed the vengeful side of ourselves but encourage the compassionate, reasonable, respectful and open side. This is the way to happiness. There is only bitterness and a narrow world in front of the person who cannot forgive and cannot respect others. So while politics must necessarily be competitive and our debates rigorous there is something dangerous and destructive about the present level of anger in our public life. We have to stop feeding it.

Read more articles From the Director