From the Director - Seeing danger instead of difference 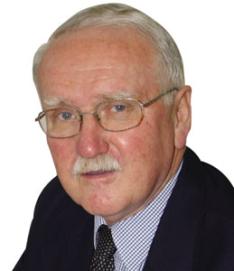 Recently I read a column by Ross Gittins commenting on the arrival in Sydney of the distraught Afghan orphan to attend his father’s funeral. Ross hoped that this might be “a crack in the wall of xenophobia”.  He made the point that most peoples have an innate, instinctive fear of foreigners, of people that are different. This fear is so ingrained that it normally defies rational argument and can only be overcome by sharing experiences and building the empathy that comes from seeing the others as human like ourselves. He felt that the experience of seeing the boy clearly overcome by grief might be a moment that cut through all our “rational” prejudices to experience empathy. He lamented the fact that many politicians, on all sides, often play to our fears, our darker sides rather than appealing to our better angels.

As a missionary I was struck by Gittins’ basic insight that in fearful situations emotional contact is always more powerful than rational argument. It is also most missionaries’ basic insight.
Missionaries are not especially virtuous. They have the same fears as everyone else. Like most people they experience difference as danger. I can still remember the fear I often felt in my first year in Korea when surrounded by people whom I could not understand and a strange world where I often felt confused and threatened. It was easy to be suspicious and frightened. I remember how early in my stay I tried to go to the city of Mokpo only to be isolated at a rural railway station for many hours unable to read the signs or to ask for help until a Korean woman took me to her family home, fed me, brought me back to the station, bought my ticket and sent me off on my journey. I never met her before or since.

Then, as I learnt the language things became less frightening. I became comfortable with Koreans and enjoyed their company. Sometimes they did things I didn’t understand and things I didn’t agree with. Many weren’t as virtuous as the woman who helped me at the station. In fact, that night there were taxi drivers who would have gladly “taken me for a ride”. Or at least that is what I imagined. But that happens everywhere. The most important thing I learnt was that I didn’t need to fear. I could enjoy these people. Australians, Koreans or all nationalities are not good or bad. They are both. We are all human.

As President Kennedy said the thing we should fear the most is fear itself. When we are fearful the only thing we see is danger everywhere. We should do our best to break down fear. That is why we missionaries try to build bridges of sympathy between peoples. That is why we publish The Far East so that you may see the people we have learnt to love as real people. It is harder to hate and fear people you know and like.

At Easter we celebrate Christ, the light who transforms the darkness. There is a lot of fear and darkness in the world.

It is our Christian ambition to shine our light, however small, into the darkness and certainly to avoid adding to the fear and darkness. If only we could imagine what it is like to be ‘the other’ the world would be transformed and difference would be valued.