Mary MacKillop - A saint for our time

Who was Mary MacKillop?

Mary MacKillop was an ordinary woman who lived an extraordinary life. She was born in Fitzroy, Melbourne on January 15, 1842, to Scottish immigrants Alexander and Flora MacKillop and died in North Sydney on August 8, 1901.

After living what she described as “a most unhappy” early life, largely due to financial hardship, Mary moved to Penola, South Australia at age 18 to work as a governess for relatives.

There she met Fr Julian Tenison Woods and they set up a school for underprivileged children before going on to establish the Sisters of St Joseph of the Sacred Heart – the first religious institute established by an Australian. The Order grew and the Sisters travelled the countryside setting up schools, orphanages and other good works for those in need. 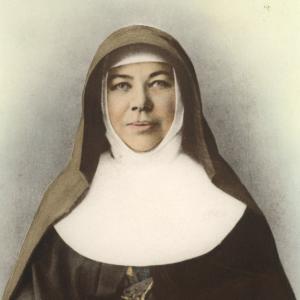 In 1871 Mary was excommunicated following a dispute with the Bishop of Adelaide, but the following year, the Bishop lifted the excommunication order and exonerated Mary of any wrongdoing. She travelled to Rome by sea in 1873/74 to have the rule of her Order approved by the Pope himself.

Today, there are about 800 Sisters of St Joseph, still working with the poor and marginalised in Australia, New Zealand, Timor Leste, Scotland, Ireland and Peru.

The road to Sainthood

Even at the time of her death, those who knew her, or knew of her extraordinary work, spoke openly of her holiness – her heroic goodness. The official Cause for the Canonisation of Mary MacKillop was begun in 1925. In January 1995, Pope John Paul II beatified Mary during a Mass at Randwick Racecourse, Sydney. This followed official recognition of a woman being miraculously cured of cancer after praying for Mary’s intercession. The recognition in December 2009 of a second miracle, also a woman being cured of cancer, ensured Mary’s path to Canonisation.

A Saint for our time

The Church does not make a saint – it recognises a saint. Canonisation is the declaration by the Pope that a Catholic Christian is actually in the glory of heaven, intercedes for us before the Lord and is to be publicly venerated by the whole Church. Canonisation is a double statement – about the life of the person and also about the faith of the people who are alive at this moment. They are as much a part of the Canonisation as the person who is being recognised.

Sr Anne Derwin, the Congregational Leader of the Sisters of St Joseph, said Mary’s Canonisation will be an occasion for gratitude and an opportunity for personal reflection.

“Mary MacKillop lived her life with an unwavering sense of gratitude and confidence that God would always provide,” she said. “She spoke over and over of ‘our good God’ and she lived with grateful receptivity of God’s love and all that God’s love asked of her in life. She truly imitated Christ to whom she had committed her life.

“At this historic time, let us be truly grateful to God for the gift of Canonisation which calls us to a renewal of our commitment to Christ and to the mission of God in our world”.

Reprinted with permission from Sisters of Saint Joseph of the Sacred Heart. 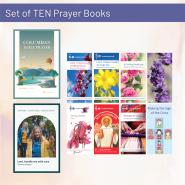