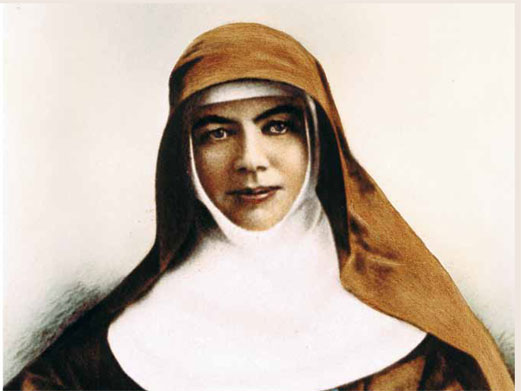 Who would Mary MacKillop vote for at the upcoming Federal Election?

We will never know. But one thing is certain; her letters show that she took voting very seriously and, at a time when women had just earned the right to vote, she urged her Sisters to take it seriously too.

In that year, Mary MacKillop wrote to her Sisters on July 16, directing them to get on the electoral roll, and, according to the conventions of the times, to inform themselves of the issues and the candidates.

It is a duty on us all to vote, and for this reason all must have their names on the Electoral Rolls where they are placed. See to this at once. Get advice from some leading man in whom you have confidence, or from the priest, but keep your voting secret. Find out who are the members proposed for election and vote for those who are considered most friendly to the Church and Religion. Every so-called Catholic is not the best man. I can say no more, but with love and blessing and praying for God to guide you in this important matter, remain as ever.

Your fond Mother in JMJ,

Mary of the Cross.”

Sr Sheila McCreanor rsj, who arranged and edited the book in which the letter has been published, Mary MacKillop on Mission to her last breath, said Mary’s message to her Sisters remains relevant today.

“Mary was a proud Australian who saw that the future of the separate colonies lay in Federation long before this occurred,” Sr Sheila said.

“I am sure that the essence of her message remains true today – be responsible in casting your vote; weigh up the attitudes and values of those standing for election and above all, pray for wisdom.”

Reprinted with permission from Sisters of Saint Joseph of the Sacred Heart. Article republished on the Columban site in 2010.