Growing Bougainville’s Future: Choices for an island and its people 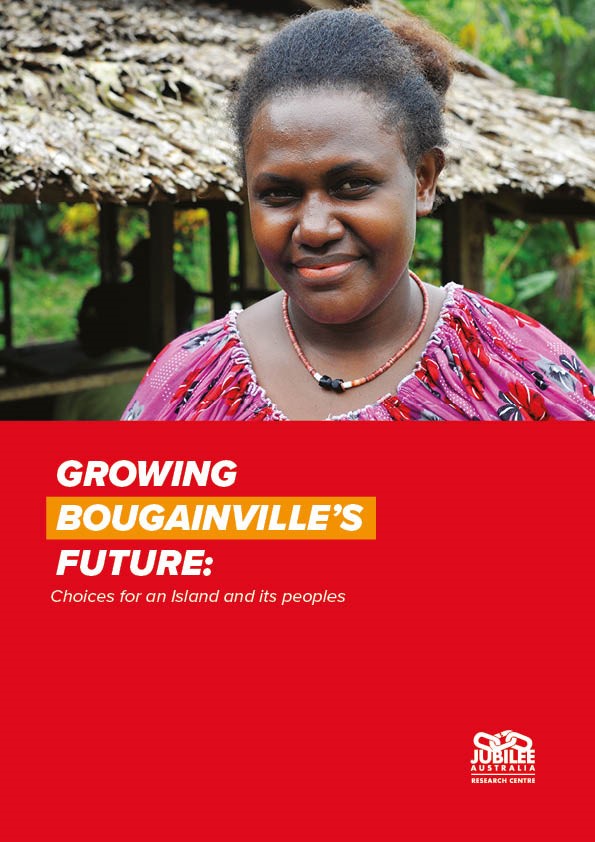 There is an alternative development path for Bougainville

The Panguna mine – which was once one of the largest copper mines in the world until the Bougainville civil war forced its closure in 1989 - remains at the forefront of debates about Bougainville’s economic future. Many, including the Autonomous Bougainville Government (ABG), have argued that Bougainville needs mining for the sake of development, and that the Panguna mine is particularly important to do so.

This belief in large-scale mining as the only feasible development option has led to a scenario in which there has been an insufficient analysis of potential alternative eco­nomic strategies. Jubilee Australia aims to redress this imbalance.

Growing Bougainville’s Future, therefore, challenges the notion that Bougainville has to re-open the Panguna mine and pursue an extractive led development path to become financially self-sufficient. It examines the possibility for an alternative and sustainable development path and draws the conclusion that alter­natives to large-scale mining do exist and that many Bougainvilleans are already participating in and developing these alternatives.

You can read the report here.

The report is being published along with a short film, Bougainville: Long Han Blong Yumi (Bougainville: It's In Our Hands), which explores many of the same issues as the report. You can watch the film here.

What can you do?

Read the report, watch the short movie and share it with friends, family, and colleagues. That way we can we can fight the common misconception that Bougainville needs the re-open the Panguna mine in order to build their economy and future.