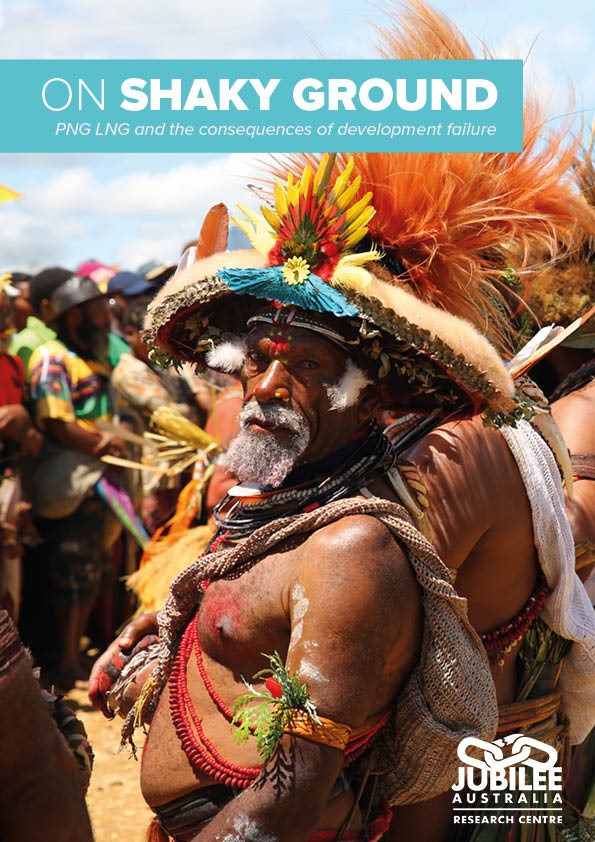 Jubilee Australia is a non-profit organisation promoting accountability for the causes of poverty and injustice in the Asia Pacific. The Columbans were one of the founding members of Jubilee 2000 in the late 1990s. A number of years later Jubilee 2000 changed its name to Jubilee Australia.

On 11 May Jubilee Australia released the second report in a series of reports exploring the Efic-funded PNG LNG project called ‘On Shaky Ground: PNG LNG and the consequences of development failure’.

While the first report ‘Double or Nothing: The broken economic promises of PNG LNG’ examined the impacts of the project on the national economy, this report investigates the social impacts of PNG LNG at the local level.

‘On Shaky Ground’ is the result of months of hard and challenging work by anthropologist Michael Main, Executive Director of Jubilee Australia, Luke Fletcher, and other colleagues in Australia and PNG. And the findings are devastating: