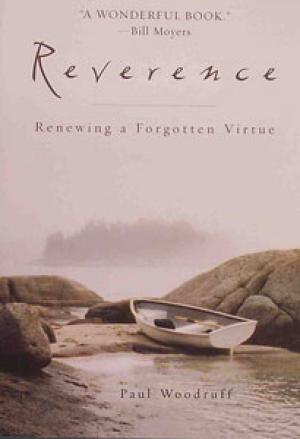 It’s not often that a book review makes a big impression but one I read on Paul Woodruff’s book “Reverence: Renewing a Forgotten Virtue” certainly did. The impact centred on a story and a comment. The story was of people emerging after a funeral mass and saying to one another “I’m not sure who they were talking about in there but it was not the person I knew.” The comment suggested that, while the liturgy may have been reverent in terms of the Church’s rites and rituals, it was not reverent to the person.

This notion of reverence for the person was very much in my mind recently as I attended the funeral of Sr Jane Williams in Wellington. I first met Jane when she studied at the Columban Mission Institute in Turramurra in the 1990s and had worked with her here in Wellington mostly recently when she arranged for me to do a retreat with her sisters at the Home of Compassion.

I was very taken by the liturgy. There was a real sense of recognition of Sr Jane, her person, her family background, her cultural heritage as well as her religious life as a member of the congregation founded by Suzanne Aubert. I know I came away thinking that it was a fitting farewell because of the reverence shown to her as well as to the rites.

Pondering this stirred a particular memory. I recalled my diaconate retreat in 1973 given by Fr Paddy Smith. Faced with this last major step before ordination, I was not sure that I had what it took to be a Columban Missionary priest. In 1970 we had celebrated Mass for Fr Martin Dempsey killed in the Philippines. In 1972 we had the Requiem Mass for one our founders Fr John Blowick.

These celebrations in particular made me very conscious of the “saints and heroes” in whose footsteps we were called to follow. Though we are a relatively new congregation in the church a good number of our men died as martyrs especially during World War II and the Korean War. Many others were revered for staying with their people through difficult times.

Some were renowned for their prayerfulness and the holiness of their lives while others had been arrested and jailed for who they were and the stances they took. We have had our “saints and heroes” and they were constantly there before us as an example of what was involved in mission as a Columban. I felt a long way from being either a saint or a hero.

So I was truly grateful to Paddy that as part of the retreat he told us stories of the very human characters who were part of our Columban history. He did not hide or gloss over what some might see as the negative side of the Columban story - the personality clashes, the power struggles between people in different roles as well as some of the unkind things people did and said to each other.

The retreat happened at a time when a “saintly” spin was being put on the life of Fr John Blowick. There is probably a natural tendency to play up the life of someone who was the founder of a new society in the Church but the picture being created was not quite the John Blowick that people knew and remembered. Paddy’s stories were truer to the reality and for that reason reverent.

Rather than destroying my image of the Columbans I was greatly encouraged by these honest accounts of John Blowick and his companions.

If people with such human faults and weaknesses were able to embrace a great vision like bringing the faith to China and do the great things they had done in different parts of the world then there was hope for me.

I would be given the opportunity to grow in holiness and courage by the people and situations that it would be my privilege to confront as a Columban. As someone once said to a gathering of Columbans in Ireland “the people will call you into your priesthood.”

So as well as gratitude to Paddy for that experience long ago I am thinking of one of the sayings of Jesus that holds for all times “know the truth and the truth will set you free.”