Strangers in our own place

This is the Catholic Church and society’s new reality. 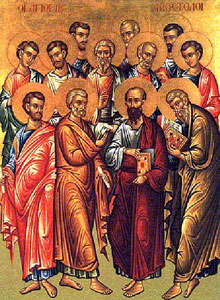 I help out occasionally at St Bernadette’s parish in Naenae, one of the parishes in the same area as the Columban house in Lower Hutt. Lately I’ve been wondering about the different aspects of the Sunday readings that I find myself noticing and thinking about as a consequence of having to speak to this multicultural congregation.

The area of belonging

Take the story that comes up in the Easter season in Acts of the Apostles about the return of Paul and Barnabas from their first missionary journey bearing the news of how God “had opened the door of faith to the Gentiles.” While this was received as wonderful news by the Gentiles, the Jewish Christians were not so sure. They intuitively felt that this was going to bring about major changes in their lives especially in the crucial areas of belonging and identity.

Christianity began its life as a movement within Judaism. With the opening to the Gentiles, Jewish Christians feared that the connection to Judaism would be threatened. They were right. Within a short space of time they were excluded from the synagogue. They no longer belonged in what was their “home” place. It reminded me of a comment that someone I went to school with in Naas, just outside Dublin, made one time when I was back in my home town. He said, “Father, we are strangers in our own town.”

He was right. I had been feeling this myself but thought it was just because I had been overseas for so many years.

But people who had never left were feeling it too. Our small town had changed dramatically from what it was in the 50s and 60s. For a start its population had exploded (at one time it was regarded as the fastest growing town in Europe). So many new people had come to live there that it was no longer possible, as it once might have been, for people to know everybody. And it was not just numbers. The cultural mix also changed radically.

From a situation where there might have been one or two foreign doctors at Naas hospital now there were people from all parts of the world living in the town. There were more and more people feeling like strangers and not all of them were newcomers. This kind of change has happened in many towns and suburbs in New Zealand too as waves of new people arrived to swell the population and further change the cultural mix.

The area of identity

The second area of concern for the Jewish Christians was around identity. They had been the Elect, God’s chosen people and now they would have to share that identity with the Gentiles. The emerging ritual of Christians sharing a meal in memory of Jesus also meant that they would have to sit at table with Gentiles whereas before they had kept themselves to themselves. They also had to let go of some aspects of Jewish ritual and practice, things which bolstered their special identity.

It must have seemed that they were the ones making all the concessions and sacrifices to make space for the newcomers. For this reason it was hard for them to be welcoming and some of them tried hard to close the door that had been opened. How different might our Christian history have been if they had succeeded?

Adjusting to changes that touch our identity and sense of belonging are always going to be difficult. It is hard for the “insiders” who experience a strong sense of loss around the changes that happen. Sadly that felt sense of loss can blind them to how much more difficult life is for those who are strangers in a place that is not their own. It can inhibit the discovery of all that is gained by the inclusion of new people - new energy and fresh perspectives.
Who knows how different world history might be because we are learning how to live in peace with each other in local churches and small towns?