Reflection: 18th Sunday of the Year - The loaves and fish 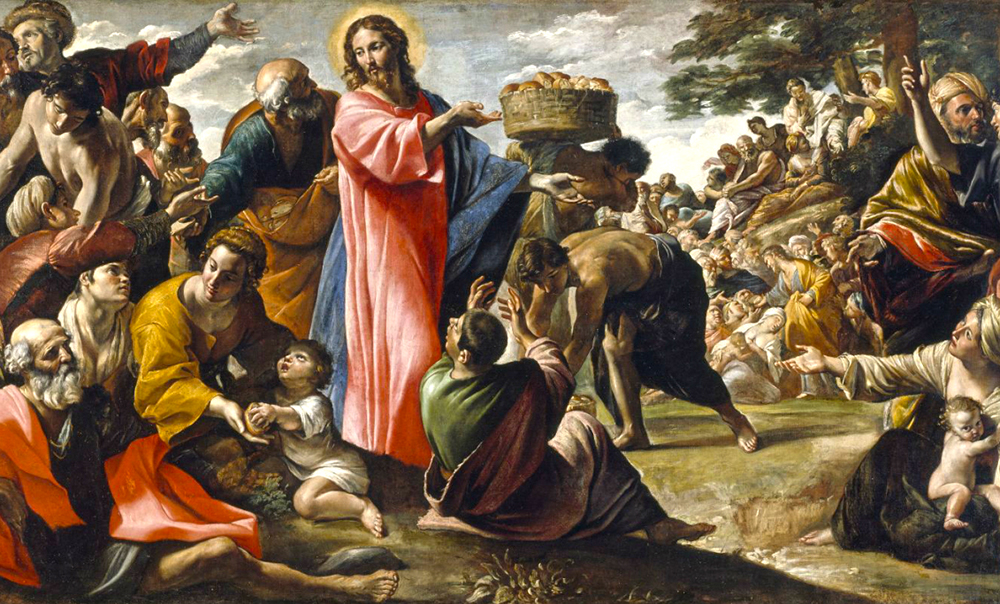 This gospel reading is a powerful episode in St Matthew’s gospel, meant to inform the early Church about who Jesus was and what he did. It performs the same function for us in 2020 but we lack the background knowledge to appreciate the action of God, who is simply amazing.

We must remember the time when Jesus lived, a hard time for the Jewish people, ruled by an occupying army and an unstable society. We must also remember that the people who listened to Jesus knew their Jewish scriptures: they knew God chose Moses to lead them from slavery in Egypt They remembered God chose Cyrus to allow the exiles in Babylon to return home from servitude. Through their catastrophes, they believed that God was with them and one day the Messiah would come and free them. Yes, he was the Messiah.

When Jesus heard of the death of John the Baptist at the hands of Herod, he might have reflected on his own life and how long he had to live? When he wanted to go aside and mourn John’s death, he had no time, the people followed him.

St Matthew’s gospel tells us that on arriving at an unspecified lonely place a huge crowd of people, men, women and children were waiting for him, to hear him speak and if possible to be healed from their maladies.

We are told that Jesus registered a deep emotion when he saw the crowd and had pity on them; he healed the sick first.

Then he spoke to them. We are not told what he said but it lasted for the rest of the day until the day was late and people needed to eat. He gave thanks over the five loaves and two fish and asked the disciples to distribute the food to the people. (Think eucharist)!

In our strongly scientific world-view, our immediate reaction is that this is an improbable story because you cannot feed five thousand people with five loaves and two fish. Unless of course, as some people comment, the generosity of the disciples made the people bring out their own food and share it. They would not have travelled to a lonely place without taking food with them.

But this thought misses the point of the multiplication of the loaves and fishes. We need to remind ourselves today that this is God through Jesus feeding his people again. If we knew the Jewish religion we would understand that feeding the people was more than an act of compassion. It reminded them of God feeding the people in the wilderness; it was a sign that God was concerned for their bodies but also their hearts

St Paul reminds us that the love of God is made visible in Christ Jesus our Lord. The people are led to ‘see’ God in the actions of Jesus. From the earliest days, the hungry were fed by the Church following the example of Jesus.