He began to send them out in pairs 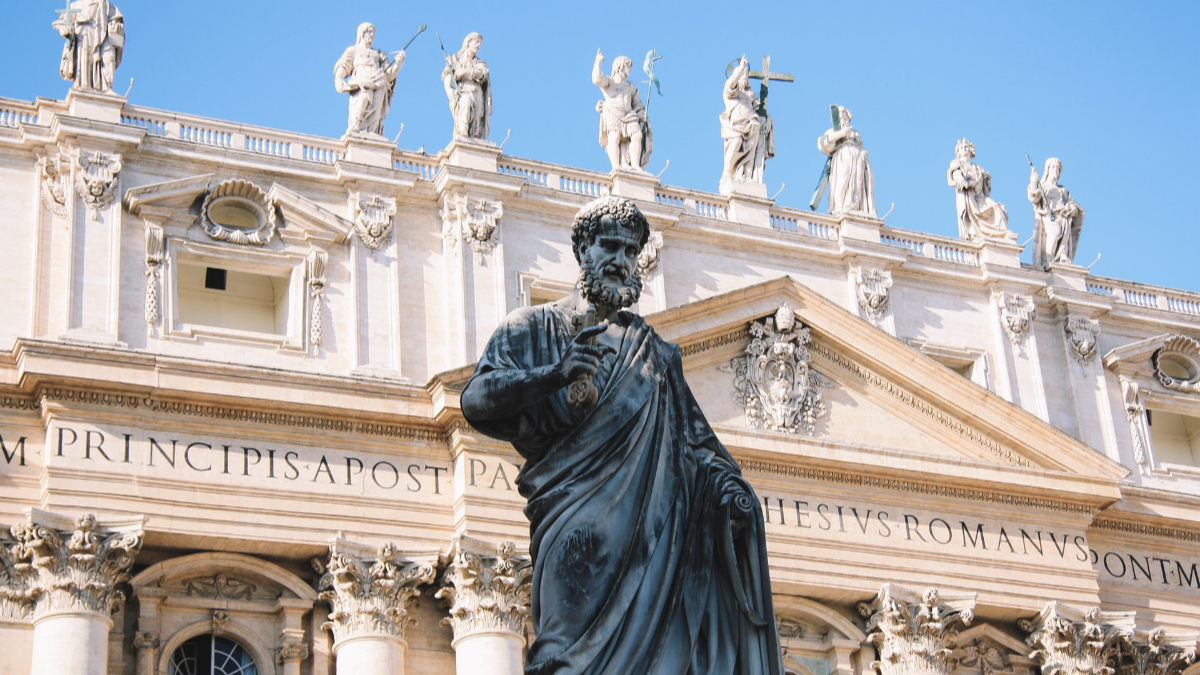 Sculpture of St Peter in front of St. Peter's Basilica in Vatican. Photo by iam_os on Unsplash

Mark’s gospel moves away from the person of Jesus (who is this astounding man?) to focus on the apostles, the Twelve. Peter, James and John are the three apostles whom Jesus takes with him on special occasions. They are, it seems, an inner core.

This is a difficult gospel from a contemporary point of view. There are numerous incidents when people have taken this gospel seriously and set out to do God’s will without any backup. Two stories come to mind. One, concerned a family that was waiting at a bus shelter when a policeman asked what they were doing? Their answer was that they were doing God’s will, God would provide for them. The police officer took them into his home and their journey being led by the Spirit had begun.

The other is a story about Jesuits students in novitiate having to travel several hundred kilometres and asking for food and lodgings until they reached their destinations. They were not allowed to reveal their identity to help their cause but they could reveal who they were when they were leaving. A Jesuit in Jamaica told me his story of having to beg for food and accommodation as he worked his from one mission town – established by the Franciscans in California – to the next.

He said it was quite easy once he became used to it. Personally, I don’t think I could do that! Such trust in people, such willingness to face rejection. I leave you the reader to ponder this type of stepping out in faith and what you would do?

The apostles are sent out in pairs and given limited powers, Jesus’ own power to preach repentance, cast out devils and heal people through anointing. They take nothing for the journey, depending solely on the people they went to. They are forerunners of these modern people who also trust completely in God.

They were uneducated apostles, they knew little about the Law compared to the Pharisees. Yet they went and we read further along that their missionary ventures were successful! But there is a problem.

The problem is: what happens next? It is a long way from preaching in the villages around Nazareth to the splendour of St Peter’s in Rome. But once a movement starts like the fledgling Christian movement, an organisation begins also. When the charismatic founder, Jesus, in this case, is gone, even though the Holy Spirit was promised to be with them, someone has to do the organising!

An organisation means rules and certain ways of acting. Today, the Church is full of highly trained, capable and deeply dedicated people, both lay and religious. And yet, there is always room for the ordinary people full of God’s spirit, trusting in God, full of freshness and inspiration to do amazing things.