The Spirit drove Jesus out into the desert 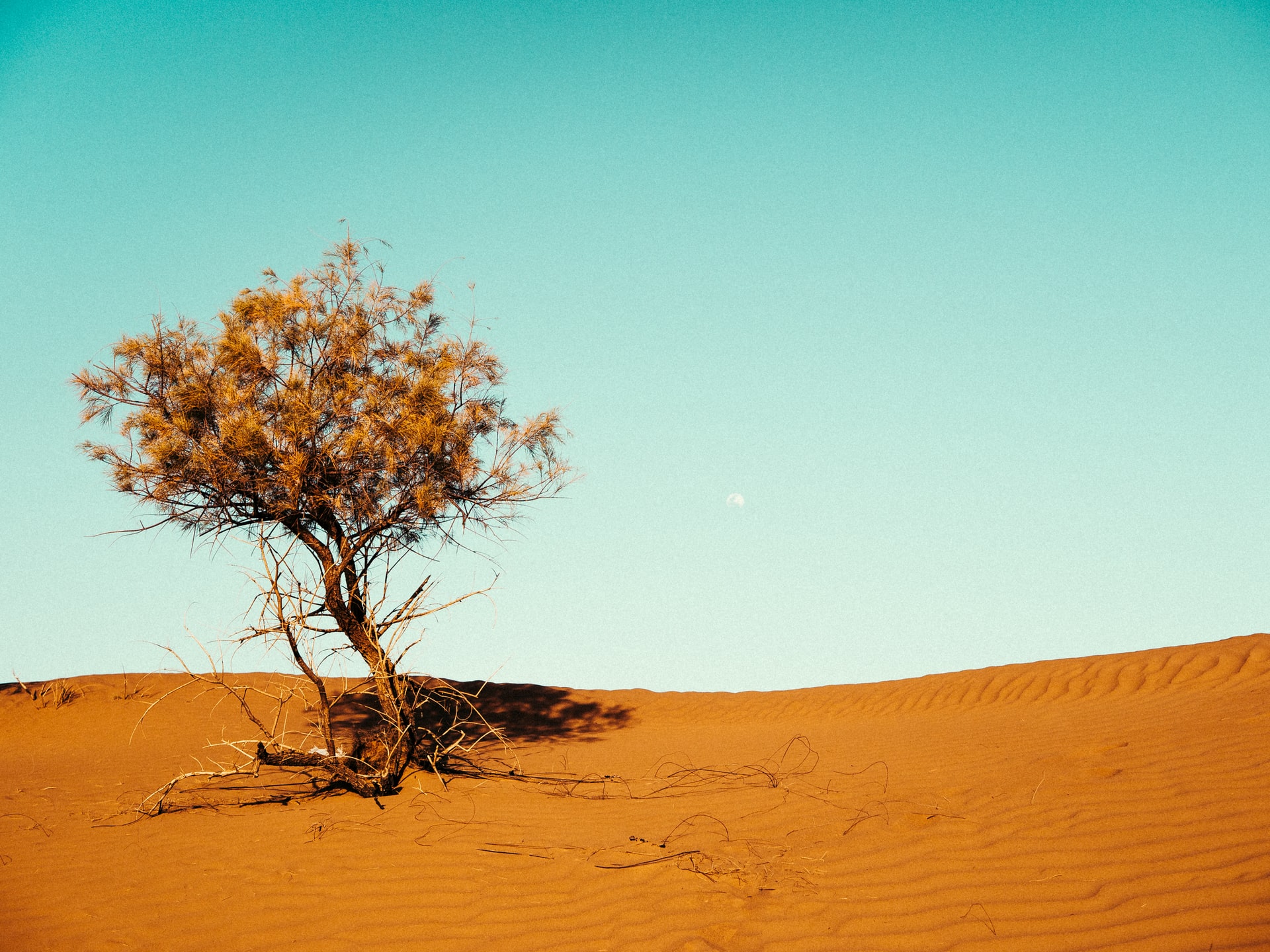 Photo by Frederik Löwer on Unsplash

The Christian Swiss physician Paul Tournier wrote in his book A Place for You:

"The desert is the dramatic place where man finds God, but where he must also measure himself against the Devil – for Satan follows God about everywhere like a shadow."

We don’t have much to go on in Mark’s gospel, unlike Matthew and Luke, but a lot of history of the relationship between God and his chosen people hides here.

The people of God found themselves in the desert during their history and inevitably failed the trial demanded of them, but God’s graciousness always saved them.

Forty days or forty years has a special significance in the scriptures, it means a time of testing, of having to depend on God alone, of coming to the realisation that spiritual insight demands preparation.

The desert is symbolically the place to come to know God in a profound way. There are no distractions, one can come to a deep relationship with God, there is no place to hide from oneself or from God. Hence the rise of monasticism in the early Church, of monks living in the desert.

The gospel says that the Spirit drove Jesus into the desert. This is the same Spirit who blessed Jesus at his baptism in the Jordan. From glory to testing in a short step. Not only the hostility of the desert which was acknowledged as a dangerous place but the temptation of Satan.

Did Satan anticipate Jesus’ presence in the desert or was it as described by Paul Tournier - Satan followed Jesus around like a shadow?

The context is laid out for us: Jesus is driven into the wilderness, John was arrested and Jesus travels to Galilee to announce that ‘the time has come’. The time is not ordinary time as minutes and hours but a ‘kairos’ time, ‘a new time envisaged by God which Jesus will inaugurate’.

God’s time has come and the messenger will be Jesus. The context is already dangerous and nothing will change as Jesus preaches the Good News. We have already had a taste of the ministry of Jesus in the Sunday readings where he heals many people and cures those possessing unclean spirits or demons. And though the people flock to him, for many it is for healing, not for his message.

Peter and his companions set out to look for him when they discover he is missing from the house and remonstrate with him for leaving when there was much to be done for and with the people.

Perhaps they did not understand at that early stage of his ministry that he was more than a healer – he was proclaiming the reign of the kingdom of God. And yet, the gospel informs us that the religious authorities did not understand what he was on about either. They had much to learn. Opposition was everywhere.

In the New Testament time, Satan was understood as the personification of evil determined to lead people away from God. Nothing has changed since then.