They were overcome with amazement 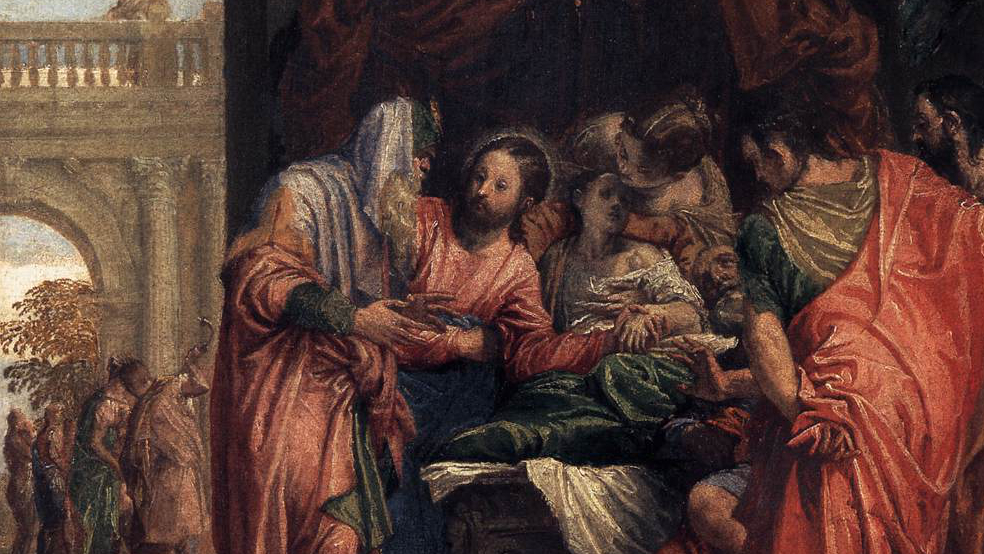 This Sunday’s gospel has a story within a story: the woman who is healed from a continuous bleeding and the daughter of Jairus, whom Jesus raised from death. Mark is writing to persecuted Christians to help them be strong in their faith in the risen Christ. He is writing to us also whether persecuted or not.

John McMurray gave the Gifford lectures in 1953-1954. After World War I, he had written about the subject of forgiving enemies. With the devastation of World War I in close living memory, his views were not appreciated by society, Christian or not. He also wrote about religion being real or illusory. His words are still pertinent, not only for Jairus and the ill woman but for us.

In his opinion, all religion is concerned with overcoming fear. Everyone knows fear, but we do not always know how to handle it. He said that illusory religion runs like this: fear not, trust in God, and God will see that none of the things you fear will happen to you.

The two stories in this Sunday’s gospel are proof of his thoughts on the matter.

Jairus is a leader of the synagogue whose daughter is dying. Jesus has just returned from the pagan land across the Sea of Galilee where he had calmed the storm which threatened their lives. The disciples are mind boggled by his power to still the storm because they know only God can do that. Who is he?

Jairus makes a spectacle of himself by humiliating himself when he throws himself at the feet of Jesus and pleads with him to heal his dying daughter. An important man like himself begging on his knees before an itinerant preacher? Not seemly. But Jesus responds, and they journey to his house. We would have to say he has faith in Jesus, or perhaps he has nowhere else to go?

The woman who is in a state of constant bleeding has nowhere to go either. She is sick, ‘unclean’ according to the law and has not been cured. Jesus is her last chance, and with great courage, she pushed through the crowd and touches his clothes.

She is healed, and Jesus wants to know who touched him. The disciples are exasperated. Jesus doesn’t care. He wants to know, and she has the courage to own up. A short dialogue; she is healed because she trusted in him. But the healing is profound more than physical healing.’

Jesus shows the same care for the powerful and the poor.

With the girl’s parents present and the three disciples, Jesus instructs the girl to get up, and she does. So Jesus also has power over death. Over my death and your death. How wonderful!