Who can this be? Even the wind and sea obey him. 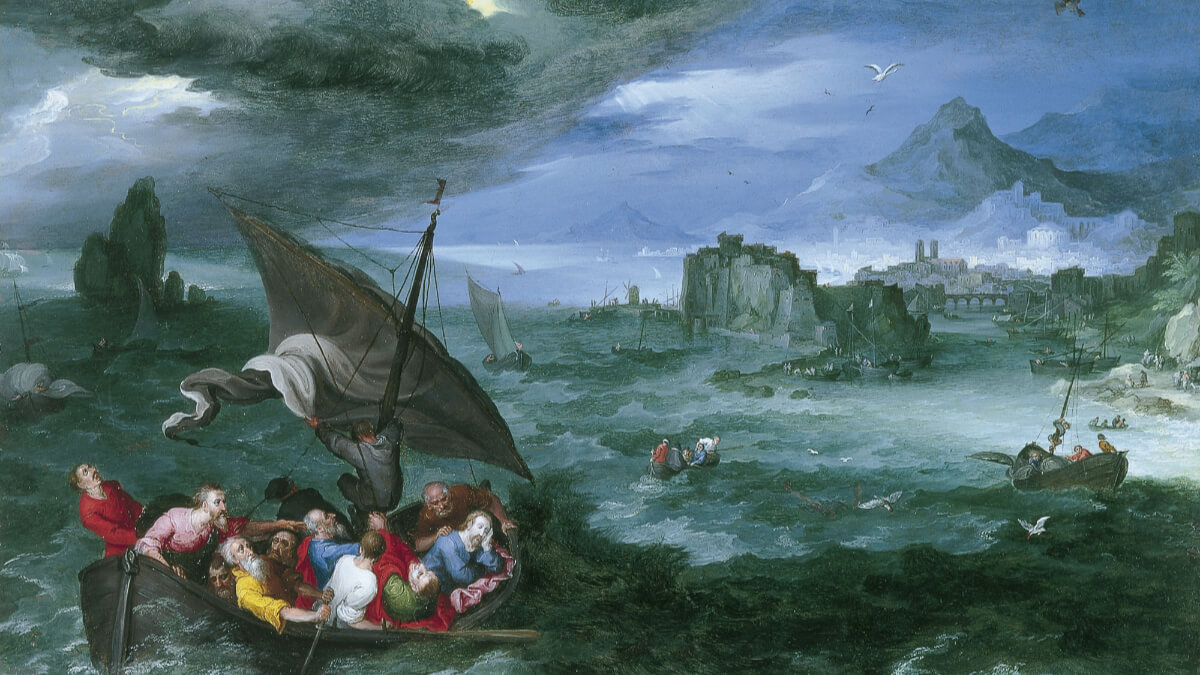 Brueghel, Jan I - Christ in the Storm on the Sea of Galilee - 1596. Photo: Wikimedia Commons

A lecturer in canon law commented that people who read canon law generally have no idea of the many levels involved in what seems to be ordinary statements. Mark’s gospel today of Jesus stilling the storm is a good example of this.

Mark had listened to, spoken with, those people who had been witnesses of ‘the Lord’. These were the first believers who were part of his tumultuous life and death, which completely changed their lives. Just as Jesus laid down his life for his friends, in turn, they laid down their lives by preaching his Good News. Mark wanted to give an accurate account of who Jesus was so the persecuted Christian community would know that he was the Son of God.

At the end of a day of teaching, they crossed over the Sea of Galilee at the behest of Jesus. People in those days would know that Jesus was taking them to the gentile territory. The Jews had no respect for the gentiles because they were pagans, unlike the Jews, God’s chosen people. They were going to hostile territory.

Why would you do that at the end of the day? Why travel to where you are not welcome? But before they arrive, trouble arrives in the form of a sudden squall that threatens to sink their boat. We have learned that the country's geography allows for very powerful winds to come sweeping down unexpectedly on the Lake of Galilee.

The disciples are afraid, and they wake Jesus, who is asleep in the stern because of the danger to their lives. A person asleep in a relatively open boat which is in danger of being swamped is intriguing. How did he do it? Was it because he had power over the forces of creation that he remained asleep?

Mark describes how he rebukes the wind and demands the sea to be calm, and it was done. Underlying this demonstration of power was the understanding of the people that the sea in ferment was chaotic and evil. Jesus had conquered the evil of nature with a command. Who is in control of nature (creation)? God!

The words of command in Greek to calm the sea were the same words as Jesus used to exorcise the tormented man in the synagogue. Not having a good grasp of Greek leaves us unable to pick up the nuances of the gospel that are important and bring it alive.

Then he rebukes his disciples. Mark has a theme of how ordinary the disciples were. They were panic stricken by what they had witnessed. Jesus is stern in his words because what he has done has not yet brought them to faith.

The question remains: why are you so frightened? How is it that you have no faith? Nothing has changed – trust him, he said, he would always be with us.