The publication of the Australian version of The Golden Rule Poster is a project of the Columban Centre for Christian-Muslim Relations. 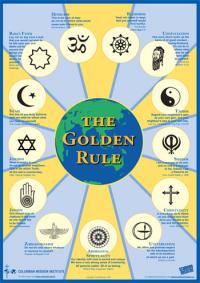 THE GOLDEN RULE
The Golden Rule - treat others as you would like them to treat you - also known as the Ethic of Reciprocity, has been valued by human societies for thousands of years and is found worldwide throughout cultures, religions, secular philosophies and indigenous traditions. It reveals a profound unity underlying the rich diversity of human experience. With its emphasis on mutuality, interdependence and reciprocity, it is a simple but effective guide for respectful and harmonious co-existence.

Columban Educational Resources provides background on the Catholic Church’s commitment to interreligious dialogue, practical tips about how to go about dialogue, links to the national organizations of those religions referred to on The Golden Rule Poster and other resources.

Read an article: The Golden Rule launch
"There is one light, but many lanterns" - With these words the Honourable Mr Victor Dominello, N.S.W. Minister for Aboriginal Affairs and Minister for Citizenship and Communities, officially launched The Golden Rule Poster at NSW Parliament on 19 June, 2013. (read more) 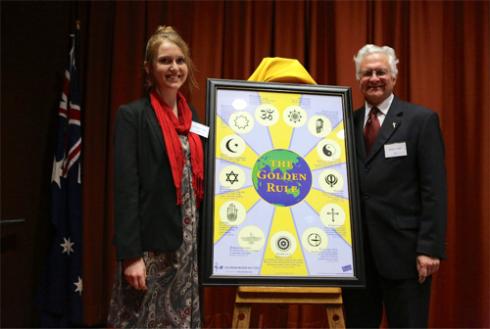 In November 2012, the Bridges Edition#57 covered the online launch of the Australian version of The Golden Rule Poster. The edition featured articles that introduced The Golden Rule, and provided detail on how it works in practice.

An Islamic Perspective
The Golden Rule: An Islamic-Dialogic Perspective by Scottish Muslim scholar Sohaib Saeed confirms the Golden Rule in Islam by referencing the Quran and the Sunnah, which for Muslims are the highest authority and best exemplar of human behaviour respectively. In May 2012 an article was made available on his website. It is an updated version of his 2010 paper which is available as a pdf file on the same site.

Wikipedia
See the article on The Golden Rule from Wikipedia, the free, online encyclopedia.