For too long have we ignored you? 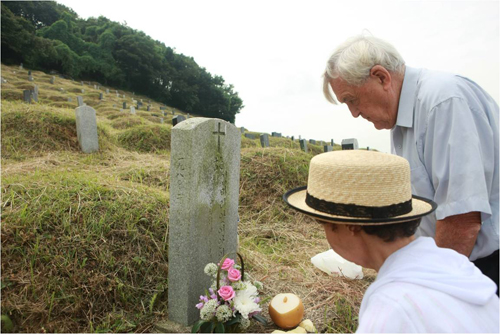 Recently, Columban Fr Noel O’Neill spoke to the staff at Columban Mission Centre in Essendon about his experience with intellectually impaired people in Korea.

He arrived in Korea in 1957, not long after the Korean War ended in 1953. The whole country had been devastated by war and was still in the throes of reconstruction. Like most Columbans at that time in Korea, Fr O’Neill began his mission work building up and running parishes - this was his mission for 24 years.

During his time in Kwangiu, he became involved with the Mudeong Institution, also known as the Beggars Camp, which gave support to needy and marginalised people. The Institution was located on half an acre and there were about 600 marginalised people of all ailments: alcoholics, psychiatric patients, orphans, homeless people and physically disabled and intellectually impaired people.

When Fr O’Neill visited the Institute he saw that the intellectually impaired were not able to speak up for themselves and it was during this time that he felt drawn to do something positive for these people, ‘the forgotten ones’.

Then an incident occurred, Fr O’Neill was called to the hospital to visit You Ha, a young intellectually impaired woman from the Mudeong Institution. He rushed to the hospital and Yo Ha looked up with a beautiful smile and uttered one word "Kamsahamnida" which means thank you and breathed her last.

As You Ha had no family, the hospital was going to use her body for medical research. On hearing this, Fr O’Neill took on the responsibility of the funeral expenses and bought a grave in the Catholic cemetery and a tombstone that read:

Fr O’Neill became increasingly involved with the intellectually impaired and won support from the Columbans and the local bishop to dedicate himself fulltime to working with them. He travelled to Australia to look for ideas and Columban Fr Peter Toohey introduced him to L’Arche in Sydney. Fr Toohey urged Fr O’Neill to go to Canada and experience living in one of Jean Vanier’s communities.

With the support from government, religious organisations and other institutions and individuals, he has been able to bring the intellectually impaired out of isolation, to live in apartment blocks with the rest of the community, to work alongside others who are not impaired and to participate in religious communities. He has successfully challenged the accepted wisdom of keeping “them” hidden; he has made “them” visible.

Fr O’Neill shares, "all that is required is that we respond positively to the one question that intellectually impaired people ask us:

It's the fundamental question of the Gospel, Do you love me?