You are not a bossy priest

An interview with Fr Kevin Mullins by Fr Peter Woodruff: How a parish community in a poor suburb of Ciudad Juarez, Mexico becomes a source of life for the broader civic community. 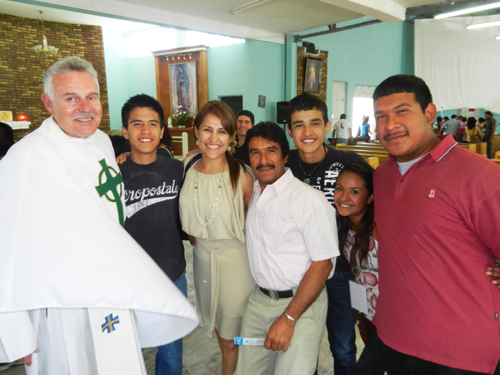 Why did you want to work in Juarez, Mexico one of the most dangerous places in the world?
I had been in Britain for 18 months doing mission appeals and was on my way back to Chile where I had been working for the previous 17 years. Frs Arturo and Bill, two Columbans from the US, invited me to stop off in El Paso where they were stationed. While they lived and worked in El Paso, Bill was also looking for an opportunity to work with poor families across the border in Ciudad Juarez. Through a Mexican priest he had entered into a working relationship with residents of Rancho Anapra, a poor suburb on the northwest edge of Ciudad Juarez. Bill had devised a project to help home owners with roofing and sanitary facilities. Part of my visit to El Paso was a trip across the border to Rancho Anapra.

Bill and Arturo invited me to stay but I returned to Chile where continued to work for two more years but I could not get Rancho Anapra out of my mind. I emailed HQ requesting an appointment to the US so that I might work in Rancho Anapra. My initial request was turned down but I was asked to present the reasons why I had discerned that this might be my future as a Columban missionary. I did this and soon after was appointed to the US and then to El Paso.

Following negotiation with the bishop of Ciudad Juarez, Rancho Anapra was made a parish and I was appointed parish priest. Two other Columbans, Bill and John, were also appointed to the parish. And so we began our ministry here with about 35 Catholics coming to Sunday Mass. There were nearly 20,000 residents within the jurisdiction of our new parish and most were Catholics, so clearly we had much to do to help them feel that they belonged to the Church. 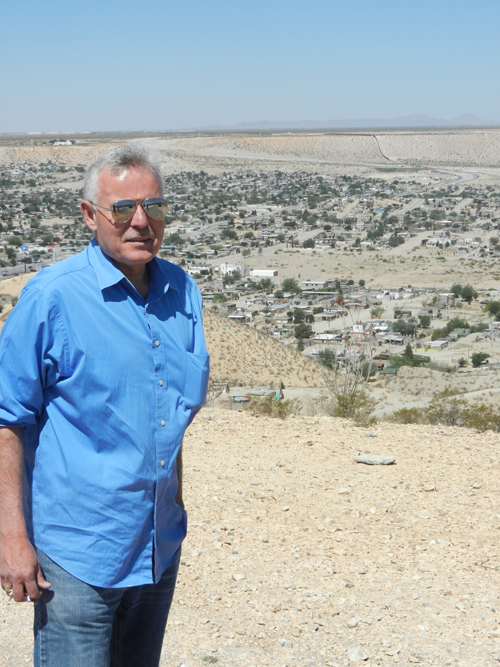 What were your dreams for a new parish?
We realised that we were working with a stable, poor and marginalised population. Even now the main ring road of the city excludes our small suburb from the urban sprawl of the city, and this road was only completed a few years ago. We did not see ourselves as saviours or problem solvers. Rather we set out to help Catholics feel that this Church is theirs; we aimed to help them feel that they belonged; we wanted their belonging to the Church to be a life giving experience for them – joyous and empowering.

Have you found support from local Church leadership for your ministry?
There is significant support from the national Church leadership, especially since the Latin American Bishops’ meeting in Aparecida, Brazil in 2007. A couple of years ago the Mexican Bishops issued a statement titled, “May Mexico Achieve Life with Dignity in Christ Our Peace”. It is a long pastoral statement, based largely on the conclusions of the Aparecida meeting, and aims to encourage and inspire the local Church at grassroots level.

What in this parish nourishes your own life?
I have seen so much drug related violence and killing and yet families seem to be so resilient. It’s as if they grieve ‘on the run’. They quickly get back into life with a dogged determination. They do not let violence perpetrated by others destroy their lives. It seems that everyone knows about the violence in Juarez but I see and hear the untold story of creativity, commitment to family, to work and to parish. The rhythm of parish life seems to support families in their daily lives. It is as if the relentless progress of the liturgical calendar, with its seasons and cycles, reflects, supports and steadies people as they take on the stuff of their lives.

I have found that men, women and youth want to participate; they want to do things together; they are also ready to try new things. We get on well. I feel easy with them and they with me. Some said to me recently, “You are not a bossy priest; you enjoy us.”

I feel so accepted here; by the eight Columbans with whom I have shared this mission over the past 11 years, by my neighbours, by the parish community, by fellow diocesan priests, by the bishop. I could not want for a better place to be a missionary priest.

Fr Peter Woodruff SSC first went to Peru in 1968 and is now based in Australia. He has since written a doctoral thesis on the impact of Andean migrants on Lima, in the capital of Peru.