A Pope who wants to talk with us 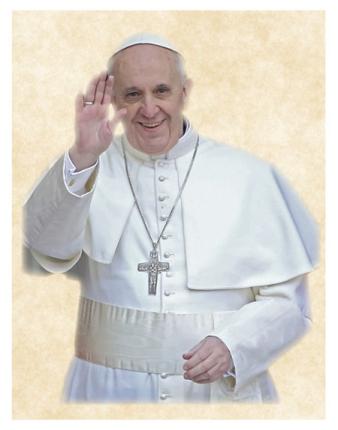 Some people think that The Joy of the Gospel (Apostolic Exhortation, 'Evangelii Gaudium') is less important because it is an Exhortation rather than an Encyclical. I think the choice was deliberate and revealing. An Exhortation allows Pope Francis to speak in a more personal and conversational style, that 'speaks volumes' in itself. It embodies the style of Church he wants, a friendly, compassionate, conversational and persuasive one. He prefers to share rather than lecture, to invite rather than order, to persuade rather than command. His style is deeply pastoral and encouraging. He is comfortable with being fallible and is not at all defensive.

Conversation, communication and dialogue are vital to Francis. He is famous for throwing away his prepared text and speaking directly to his audience. He enjoys talking with editors of faith and no faith. When he met with the male Superior Generals last year he sat down and conversed for a couple of hours rather than give them a formal instruction. In the section of homilies in The Joy of the Gospel he advises preachers that they must know not only the Scriptures but their people because preaching is “heart speaking to heart”.

Conversation is fundamental to his person and his theology of mission. This is clear if you read his Message for World Communications Day. He tells us the “effective Christian witness is not about bombarding people with religious messages, but about our willingness to be available to others ‘by patiently and respectfully engaging their questions and their doubts as they advance in their search for the truth and meaning of human existence’.” "To (have a) dialogue means to believe that the 'other' has something worthwhile to say, and to entertain his or her point of view and perspective,"We have to be able to 'understand their expectations, doubts and hopes' if we want to bring the Gospel to them." And "We need to be patient if we want to understand people who are different from us," because "People only express themselves when they are not merely tolerated, but know that they are truly accepted."

After World Youth Day in Brazil Francis spoke to the Bishops of Latin America and using the Gospel story of Emmaus, he talked to them about people who have left the church because they "now think that the church - their Jerusalem - can no longer offer them anything meaningful and important." 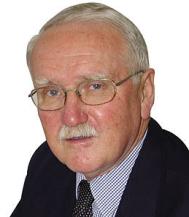 He challenges them, “Unless we train ministers capable of warming people's hearts, of walking with them in the night, of dialoguing with their hopes and disappointments, of mending their brokenness, what hope can we have for our present and future journey?"

Central to Vatican II was a mission that respects others freedom and acknowledges the truth in other religions. We have to relearn the art of conversation and learn to approach others with a sense of respect and a listening heart.

Fr Noel Connolly SSC is a Columban missionary priest. He is a member of the Columban Mission Institute in Sydney and a lecturer in Missiology at both the Broken Bay Institute and the Catholic Institute of Sydney. He has worked in many Australian Dioceses in programmes to welcome, enable and help integrate overseas priests and religious.