To mark these two occasions I decided to organise and gather the widows and widowers from the San Columbano Retreat House, our former Columban central house in Negros. This idea had been in my mind for some time! 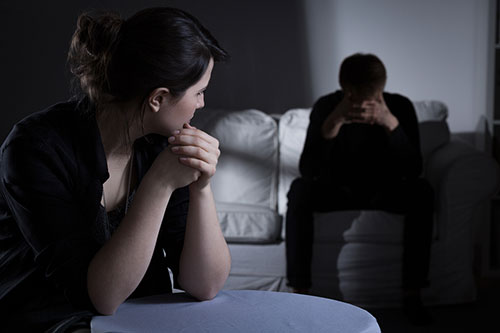 We are calling this gathering, in the language of the island (Illongo), "Asosasyon sang mga Balo ni San Columbano" or in English, "Association of the Widows and Widowers of Saint Columban". In Illongo the word for widow and widower is the same, "Balo".

While the government gives some recognition to senior citizens and people with disabilities, widows and widowers can only hope to get 500 pesos per month (AUD$15). However this rarely happens!

The needs of widows and widowers are very different to those of seniors and people with disabilities. This situation has to change.

I was also very aware of how the prophets and of course Jesus regarded the plight of widows and orphans. They were then and are even now, especially in countries where the majority of people are poor, prime examples of the most needy in our societies.

The year, before the feast of Saint Columban, 23 November, I announced at Mass that we would have a meeting the next day with the widows and widowers with our small community here in Batang. To my pleasant surprise 33 came and gathered. I explained the reasons for bringing them together and for the need to organise themselves into a registered association. I told them as long as they remain silent and do not complain nothing would change. Being registered would give them legal status and the ability to dialogue with government agencies.

At the next meeting, a week later, the attendance grew to 55 (52 women and three men). I have been assured that there are even more to come! To have such a large number of widows and widowers in a small community is quite a revelation. There is a great need to be met.

For their concerns to be acknowledged and met the widows and widowers need a united voice. A strong association is essential to achieve this. In the coming months we will continue to meet in order to draw up a vision, mission and activities of the association. A major activity of the association will be learning how to access government funding for their needs. The Philippines is a rich country with a lot of poor people. The poor, because they are not organised, have no chance in accessing this wealth. There is plenty of money for less important things so why not for the widows and widowers!

The association will be a faith based group or NGO where faith, compassion and service of our neighbor is central. I believe that this is one good way to honour Saint Columban, as we celebrate 1400 years since his death and to continue the Columban commitment and service to the poor in the Philippines; and not just in 2015 but into the future as well.