Columban Sr Mary Dillon cares for HIV/AIDS patients in Myanmar. This is the story of one of her patients:

Ja Ra, a gentle, vulnerable and very creative woman of 45 years infected with the HIV virus has lived a life time of heartache and survival. She and her two sisters were left alone and penniless when their parents died, while they were still teenagers. Life in the mountains of remote Myanmar was very bleak and perilous. There was little hope for the three young girls. Ja Ra moved from the hills down to the small town of Myitkyina and searched out a way to stay alive by selling little bundles of vegetables on the side of the road. She also learned to weave cloth.

In time, she married with the dream that life would be kinder to her and she would have someone to share her love. She had two children, a daughter, Khaun Din, and a boy, Kyaw Win. Life was tough and void of any comforts and often the family had to go to bed hungry. 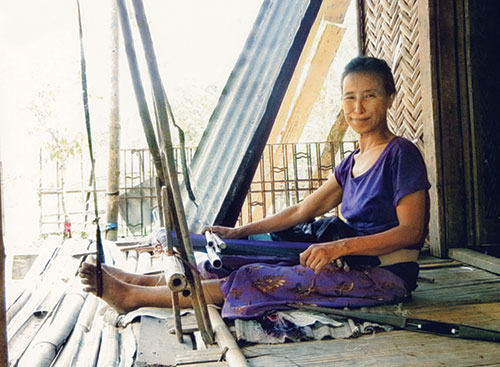 It is a searing pain to hear your children cry of hunger. Her husband travelled to the jungle and mining areas to seek manual work. Often these areas are flash points for disease and drugs. He returned home sick with no money. Ja Ra looked after him until he died shortly after. Now she was alone again with the added responsibility to provide for her two small children.

One of the most industrious and creative people I have met, Ja Ra lives with courage, surmounting difficulties that would send another into a deep depression. She regularly searches the forest for vegetables and wild animal meat. Thanks to the goodness of our benefactors we were able to help pay for the schooling of her son, Kyaw Win and his sister, Khaun Din.

But then life dealt this gentle woman an even heavier blow. For some weeks she felt her energy slipping and was losing weight. She had no energy to eat. A neighbour encouraged her to visit a HIV/AIDS clinic where it was discovered that she had the virus and was in urgent need of both TB and anti-retroviral medication. When the news leaked out among the neighbours, Ja Ra found herself isolated and discriminated against. Women who once visited avoided her now. The stigma and the awful loneliness caused her much inner pain. As the weeks progressed Ja Ra withdrew and began to fear the world outside her. The Columban Sisters were able to provide some relief and medication and after a number of months her energy returned. Gradually, she ventured out and was once more accepted by her neighbours. 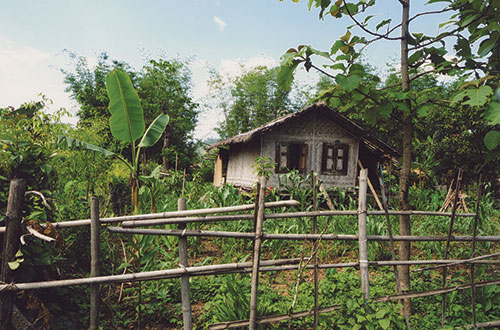 Ja Ra’s suffering was intensified when in March 2014 her daughter, Khaun Din, now 16 years old, began dropping out of school and roaming the streets of Myitkyina with a friend. One evening while Khaun Din and her friend were walking on the country road near her mother’s house, a woman on a motor bike told them that there was work for them in China and that she could help them to get there. Ja Ra knew at once that this was not good news and begged the girls not to get involved with the woman. That very night the two of them left while Ja Ra was asleep. I found out later that around the same time, 30 other young girls also disappeared.

Trafficking of young women into China is well documented and the numbers are in the thousands each year. The Kachin Women’s Association Thailand (KWAT) in 2011 said, “Out of the confirmed trafficking cases, about 90% of the women were forced to be brides in China”. Last year it was reported that, “Decades of civil war and rampant drug and alcohol addiction among men, has left many women as the heads of household, creating further burdens for women as the sole breadwinners.”

Ja Ra was distraught and for weeks she walked the streets and roads of the town, and surrounding area, looking for a glimpse of her precious daughter. We put her in contact with a local women's group that work alongside families of children who have been trafficked, and they in turn contacted the local police. She has never seen her daughter since.

Today, Ja Ra continues her search, crying bitterly to have her daughter back by her side. Each time I visit her eyes fill with tears, tears that I know are coming from a mother’s broken heart.

Trafficking of women and young girls is a global phenomenon. In today’s world there are estimated to be over 20 million victims of this horrendous crime, especially from undeveloped countries. This is just one mother’s story.

Columban Sr Mary Dillon has worked in Myanmar (former Burma) since 2002. She has developed a home care health program for people living with HIV/AIDS and established a respite house, The Hope Centre, to enable people from distant places to avail medical care.

Read more from the current E-News