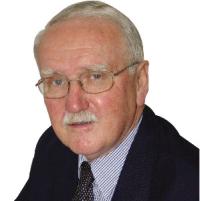 A few years ago, I read a marvellous book by the then Anglican Bishop of Durham, Tom Wright, entitled, surprised by Hope. It was a book on what the resurrection meant to the early disciples in the decades immediately after Jesus.

The disciples had just been through the trauma of seeing Jesus die cruelly and their hopes were destroyed. They were wrestling with aloneness, desertion, betrayal, meaninglessness, shame, destroyed hopes and the problem of a seemingly absent God. Their friend, the one they put such trust in, was dead. They were asking themselves how can God be present in what we are enduring? Where is Jesus? What does he mean now?

Everything was dead: Jesus, their hopes, and their future and they were not expecting the resurrection. For those Jews who did believe in the resurrection, it was to come at the end of time. So, the disciples were surprised when, through Jesus’ appearances and sharing their memories a wonderful thing happened, their hearts began to burn within them and they realised that Jesus was not dead. The light had begun to shine again.

The disciples had been through a devastating experience. Not only had they watched their friend die but all their beliefs about God had been undermined. It was difficult to believe in a dead Messiah and they probably shared the understanding of God implicit in the mocking statement of those beneath the cross, “You who would destroy the temple and rebuild it in three days, save yourself, if you are the Son of God, [and] come down from the cross!” (Matt 27:40).

The powerful would have won again and what hope would there have been for the rest of us who cannot miraculously escape our tragedies and sufferings? Jesus shows us that God can be found on the cross, revealing that God suffers rather than inflicts suffering, does not override human freedom, does not call on angels to change facts or to rescue him. He does not overwhelm the world with any power except love.

The early Christians came to see Jesus’ resurrection as his vindication. Through his death and resurrection Jesus conquered the ultimate evil, death. His life had been a struggle against the powers of evil and now they were defeated and the New Creation was beginning. By raising Jesus from the dead, the Father was acknowledging him as his Son and affirming his way of living as the way for all to live.

The resurrection does not take away pain, betrayal and death but it enables us to face them. The suffering of Good Friday does not disappear in the delight of Easter Sunday.

In the Gospels, Jesus overcame death not by avoiding it but by the way he suffered with love and hope. We too must face our tragedies and respond courageously to all the struggles that come our way. Unfortunately, there is no pain free or failure free life and most of the time, God doesn’t rescue us from our tragedies or magically help us to avoid the realities of life, but he does love and suffer with us.

His death and resurrection assures us that if we bravely, hopefully and lovingly face our suffering and death we too might find life where we could have reasonably expected to find death. Now that would be a very hopeful surprise.

Fr Noel Connolly SSC is a member of the Columban Mission Institute in North Sydney and a lecturer in Missiology at both the Broken Bay Institute and the Catholic Institute of Sydney.