The bank that likes to say 'Yes' 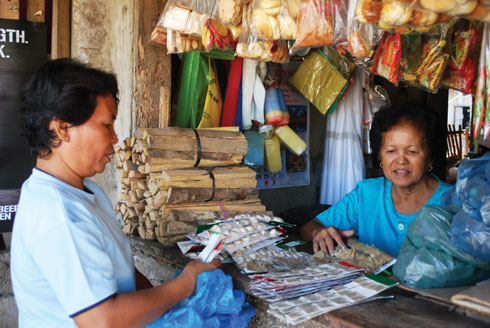 Columban Fr Seán Connaughton pays tribute to the Grameen bank which operates on the belief that most of its poor borrowers can be trusted to repay their small loans.

The Grameen Bank was founded in 1970 by Professor Muhammad Yunus, a former professor of economics at Chittagong University in Bangladesh, as a response to the grinding poverty he witnessed which left so many families eking out an existence. He believed that banking needed to rediscover the true meaning of 'credit' which is 'trust'. In his book, 'Banker of the Poor', Professor Yunus highlights how over the years, as commercial banking has become institutionalised, it has built its entire edifice on the basis of mutual distrust.

Grameen Bank provides micro-loan programmes to low-income and poor families who would ordinarily be spurned by the commercial banks and other financial institutions. Loans offered by Grameen are intended to finance income generating projects and businesses of its members.

The bank is based on the voluntary formation of groups of five people who provide binding group-guarantees instead of collateral required by conventional banks. Initially, only two members of the group can apply for a loan. Depending on their repayment performance, the next two borrowers are allowed to apply followed by the fifth member. Most of the loans are very small, but just a few dollars can go a long way to easing the debt-burdens and poverty of the poor. Through careful supervision and management, repayment rates are well over 90%.

In 1991, *Kazama Grameen was founded at Sta. Rita, Olongapo City in the Philippines by Columban missionary Fr Seán Connaughton. A year after setting it up in Olongapo City, the bank branched out to Candelaria, Zambales with the help of a parish Basic Ecclesiastical Community (BEC) known as Sambayanang Kristiyano.

By the time Fr Seán reached the age of 70 in 2004 and decided to return to Ireland to take on some pastoral duties, there were about 17,000 small businesses functioning with the help of the Kazama  Grameen Bank along the 400-kilometre stretch north of Manila. Modern technology has enabled Fr Seán to continue to play a part as an external auditor from his base in Ireland.

According to Columban Fr Shay Cullen, trusting the poor pays in lending. In his view, the Grameen concept of micro-credit is the "most effective and empowering financial system to help the poor overcome crushing and devastating poverty". When he set up the *PREDA Human Development Centre in the Philippines, Fr Cullen turned to Grameen bank to help the villagers around Subic Bay and throughout Zambales. In a tribute, Fr Cullen said Fr Seán had established a "well managed and disciplined Grameen micro-finance loan project that has helped thousands escape poverty".

For example, remote villages had no stores and families had to cross the bay in their flimsy boats, or traverse the mountain to get salt, cooking oil, garlic and other basic needs, to repair their fishing boats or other necessary items. Mostly, they had to borrow from loan sharks at usurious rates that crippled them and drove them into even greater poverty and despair. When Fr Connaughton brought in the Grameen loan system most of the women set up small businesses that served the community. One woman became the supplier of salt and oil, another bought a sewing machine and made clothes for the village, and another became the maker of brooms. Another set up a fishing-supply business. All of these were based in their own homes.

Fr Seán Connaughton SSC is the assistant Priest for the Parish of Castletown-Finea, in the Diocese of Meath. He would like to take this opportunity to thank all those who helped the Kazama Grameen over the last 26 years.

*Kazama is a combination of Grameen groups in Kalaookan, Zambales and Manila, in the Philippines.
* PREDA (People's Recovery, Empowerment and Development Assistance.