In response to Pope Francis’ call for religious congregations to open their doors to people seeking asylum and refugees, since October 2015, the Columbans have provided accommodation for 33 men. The men are referred by BASP (Brigidine Asylum Seekers Project) staff Sr Brigid Arthur csb and Libby Saunders.

Two weeks ago, Adam and George were released from the Melbourne Immigration Detention Centre after spending six years detained in detention centres across Australia.

Adam is a refugee from Sudan and George is from Sri Lanka seeking asylum.

They have now joined the other four men in their new home at the cottage on the grounds of the Columban Provincial House in Essendon, Melbourne.

Many walked behind the BASP banner which read, "I was a stranger and you made me welcome". 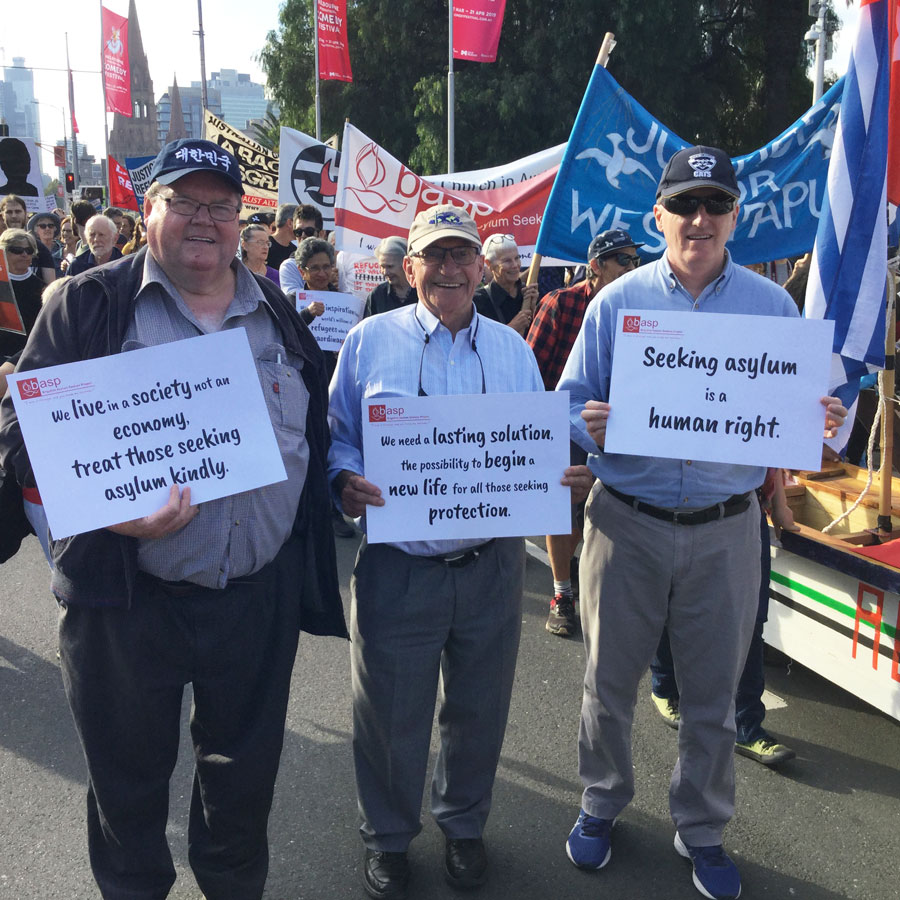