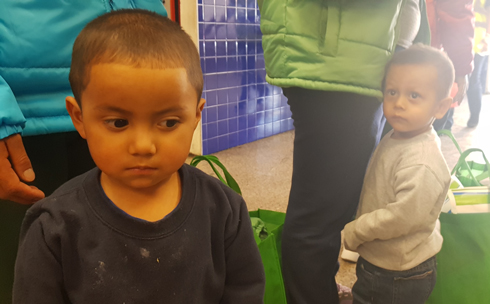 One of the striking aspects of spending four months in San Antonio, Texas, is the very Hispanic/Mexican feel of the city. Also, the way it manages its social challenges, such as homelessness, poverty and more recently, the daily appearance (at its bus stations and airport) of Central American migrants who have been released ‘on cognizance’ (no cost bail)  from nearby border detention centres.

These people are often deposited at transport centres with little more than their children, the clothes they are wearing, and, if they are lucky, a paid Greyhound bus ticket to the destination of the relatives who have sponsored them, and in whose city they will have to appear for a definitive court ruling on their future.

One day, as I was waiting for a bus, I noticed a group of volunteers called the ‘San Antonio Interfaith Welcome Coalition’ shepherding asylum seekers to a safe area within the station. They were doing their best to explain, and sometimes pay for their journeys, as well as provide them with food, medicine and clothing. 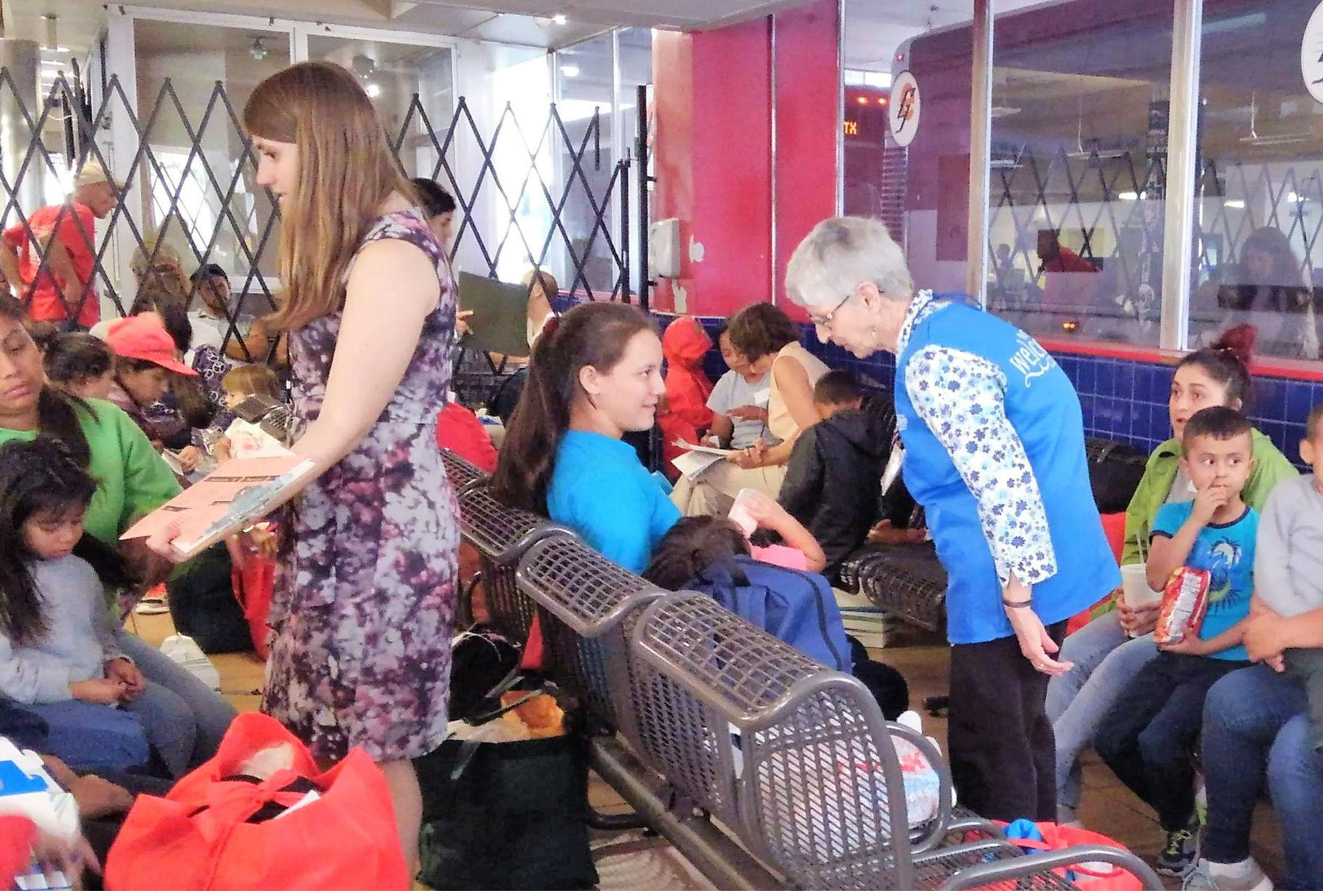 I was impressed and approached one of the volunteers, a religious Sister, asking her if I could volunteer some time. Her only question to me was, “Can you speak some Spanish?” Hearing that I could (a little), she mentored me on the spot about how to convert and summarize a concertina of Greyhound tickets into a simple itinerary for each migrant i.e. how many buses they will board, in what cities, with what waiting times and when they will reach their final destination, New Orleans or New Jersey. This is not difficult, but a much appreciated service to migrants who otherwise have no idea where they are going, how long it will take, and when they will arrive.

Migration and asylum rights is a very complicated and politically-charged issue, which I do not claim to fully understand. What I have experienced is multiple encounters with gentle people who are bearing clear signs of trauma.

Occasionally I ask about their journeys through Mexico, to be met either with a silent gaze, or else stories of hunger, fear and confusion.

One senses that what they have left behind must have been really bad in order to embark on such an odyssey. I have heard tales of countries having had no rain or crops for up to five years due to climate change; women given a choice of either becoming a drug mule or being raped.  When I ask the ladies the whereabouts of their husband, their eyes seem to dart from left to right around the station as they whisper:  “Lo mataron – ‘they killed him’. When I ask “Who did?” they say either “los narcos “ or “los militares” (no translation needed).  I often have to take a few breaths to recover my composure.

One frequently meets in the same station American citizens living with homelessness, drug addictions and poverty who also approach, and receive help from our group.

I salute the City of San Antonio, which on its own budget, opened a resource centre and clinic for migrants, almost all of whose nurses, social workers and translators are volunteers. The nearby Travis Methodist Church that provides backpacks, showers and a bed for migrants who would otherwise have to sleep on the noisy station floor. The Greyhound staff who go way beyond their duties guiding migrants to the right buses and multiple other passengers who spontaneously buy milk for the children, sweep the floor, and offer words of welcome to the United States.

Columban Fr Patrick Colgan was a member of the Columban General Council until August 2018 and is currently on sabbatical.