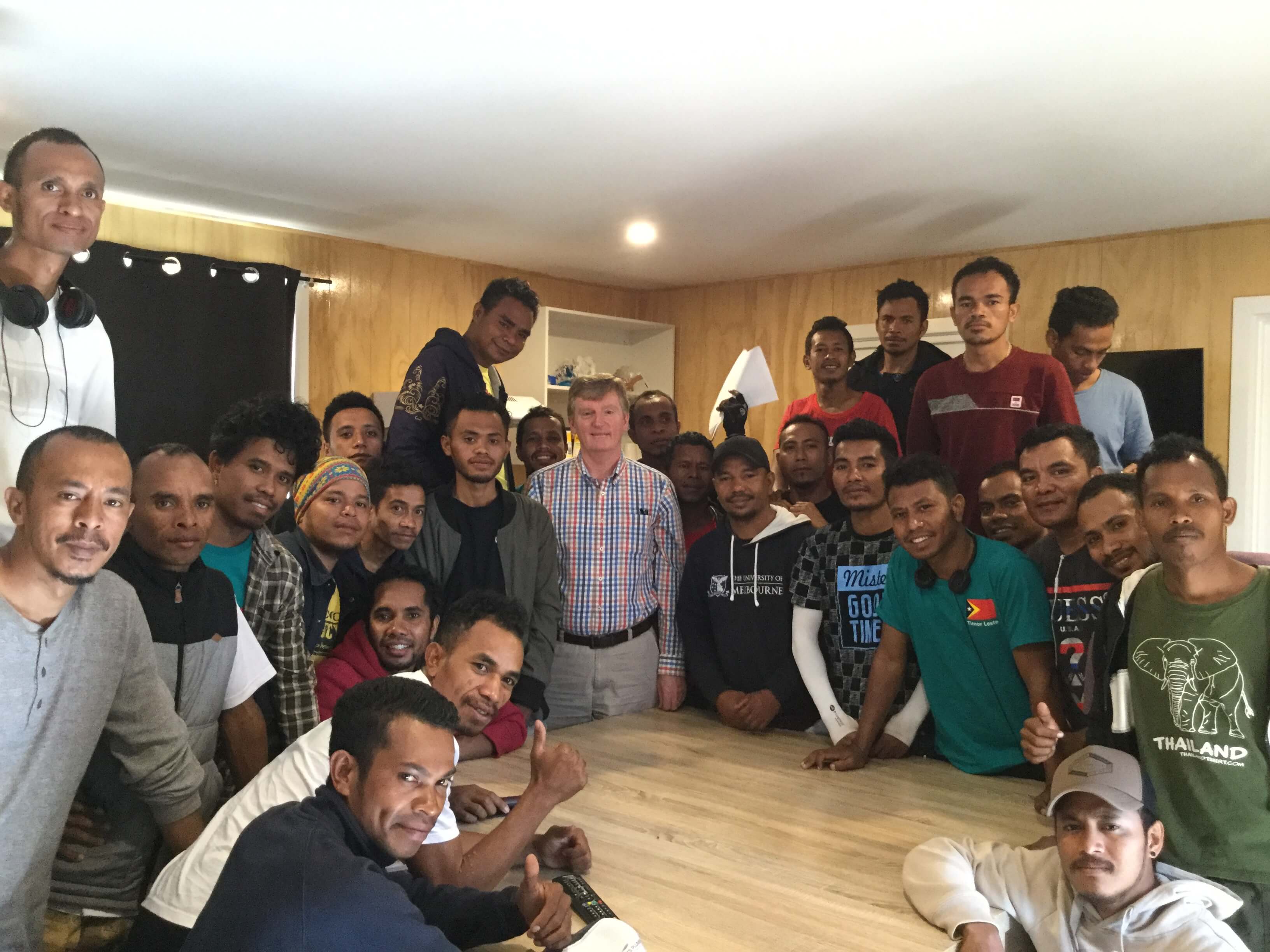 “When I asked my boss for payment of my wages, he got angry and said he would call the police to take me to jail and then I would be sent home to Vanuatu.” “For a number of days I had no food other than a piece of bread and water to drink.” “Working for my boss was like slavery times.” These heart-wrenching words were spoken by three seasonal workers from Vanuatu in front of Judge Jarrett in the Federal Circuit Court of Australia in Brisbane on 10 June 2016.

In his Statement dated 24 March 2017, Judge Jarrett said the employer Mr Bani treated the workers “egregiously”, that they “were mistreated and treated aggressively when they enquired about their lawful entitlements”, and that his conduct “is approaching the worst example of contraventions of this type.” The judge ordered Mr Bani to pay the workers their non-payment of salaries totalling $77,649 and issued him with a fine of $227,000. Nearly six years later the workers still have not received their stolen wages.

These workers were a part of a group of 22 workers who came to Australia on the Government’s Seasonal Worker Programme in July 2014. This programme is part of Australia’s aid programme in the Pacific and is administered by the Department of Employment on behalf of the Federal Governemnt.

Over a period of seven weeks, the workers worked on six different farms. When they were not paid their salaries, they asked their employer who was the contractor for their wages. He refused and threatened to refer them to the police and have them deported. Sometimes they were only given one meal a day.

In July 2018 and June 2019, I travelled to Bundaberg, Queensland to visit two of the workers who returned to Australia for the second and third time to work on a farm picking sweet potatoes. This time they were hired directly by a local farmer who treated them with dignity and respect. I was horrified hearing first hand their experience of labour exploitation at the hands of Mr Bani, and dumbfounded that justice had still been denied them.

Over the last 1 ½ years, on behalf of ACRATH, (Australian Catholic Religious Against Trafficking in Humans) I have assisted the 22 workers by regularly corresponding with the Fair Work Ombudsman (FWO). Together with other members of ACRATH, I have walked the halls of Federal Parliament to meet with many Ministers to advocate that justice for the workers be speedily accomplished. From June to December 2019, Mr Bani was summoned to seven enforcement hearings at the Brisbane Federal Circuit Court. I am still waiting to hear from the FWO as to where the case stands.

On 11 February 2020, the ACRATH National Office wrote a letter to the Prime Minister Mr. Scott Morrison requesting an ex-gratia payment totaling $77,649 be made to the 22 seasonal workers from Vanuatu.

This week on March 24 is the third anniversary of the judgement made by Judge Jarrett in favour of the Fair Work Ombudsman. I invite you to join our ACRATH letter-writing campaign with your own personal letter to the Prime Minister. There is a real possibility of movement on this issue, so an avalanche of letters to the Prime Minister is really important right now. I encourage you to spare only 15 to 20 minutes asking the PM to intervene in the disgraceful stolen wages of the 22 Vanuatu men. Information on what to include in your letter can be found in the ACRATH Newsletter by clicking on this link: