What it means to be Australian? 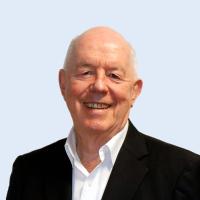 When I see my Spiritual Director, I have to think back over the past month or more and ask what has the Spirit been doing in my life. What has been on my mind? What have I been excited about or what is challenging me at this time? Spiritual Directors do not give much direction.

They operate on the belief that the Holy Spirit is guiding our lives and leading us forward into God. This is the reason for all the questions.

I have been very aware that a lot of my attention over the last few months has been drawn to the questions around what it means to be Australian? We all know the discussions that break out around Australia Day.

This January, I remembered giving a homily a few years ago on this same date. What would I say that would not get me into an argument with one half of the congregation? I was supposed to be preaching 'Good News'. What was the good news in this situation?

I finally decided to look at the world through God's eyes. If we are trying to live in God's Kingdom, what would God say to us on Australia Day? In the end, it became simple. God created the world because of love. From the time of the Big Bang through to the present, God acts out of love. The love of God is impacting the universe, the human race, nature, everything. The Spirit is still hovering over the waters.

With this fundamental belief, I could see that God had created the first human beings somewhere in Africa and then watched as they spread throughout the world. More than 65,000 years ago, these travellers set foot on Australian soil. These people developed a great way of life. They managed to live and sustain themselves and their environment for centuries. They developed their different cultures, their law and their spiritualties.

Then in 1770, God saw Captain Cook making his journey up the east coast of Australia. In 1788 some of God's sons and daughters from the other side of the world arrived and settled in Sydney.

This homily was very helpful to me as it reinforced what we all know. We are all one family of God. Pope Francis is just back from Iraq and he was telling everyone he met that we are one people before God. Peace and fraternity was his message. When we think about the relationships between Australia's different cultures, let us remember that basic unity. Like all families, we argue and there have been terrible tragedies and killings.

With all the suffering that is part of our history, how can we grow unity?

After telling my spiritual director about this homily I will then move on to tell her a couple of other things that have been happening to me recently. I think God is trying to tell me something. Two good books have come my way which I found very enlightening.

One spoke of the ancient history of God's family in Australia. Biblical scholars think that Abraham lived about 1500 – 2000 BC only. This means that the First Nations people were here for a long, long time before Abraham was even thought of!

Then I saw the movie about the Bangarra Dance Company which was powerful. It made me realise that there are some significant gaps in my knowledge of Aboriginal and Torres Strait Islander peoples. While I had read a couple of books about their lives thousands of years ago, I had not kept up with their culture's growth and development in the past fifty years.

The second book that I read started to fill in even more of the gaps. While I had heard of massacres and shootings back in the 19th and early 20th centuries, I did not understand much of these events' historical legal context. I knew something about the Mabo decision but the details of the legal frameworks that shaped all those discussions were not something that I was familiar with. When I read the Uluru Statement from the Heart, I noticed that it was talking about sovereignty, amongst other things. To have the background of all this spelt out has been very helpful. Also, living in Victoria, I am aware of the movement towards having a Treaty and, again, I am starting to realise the importance of such a development.

Recently I was talking with a fellow Columban about the Plenary Council and what the Australian Church is called to do at this time. We agreed that a very important place to start any discussion about the Australian Church's mission is with truth-telling. The Church and the Australian people need to listen to the truth being told by everyone about our history. To fill in the gaps in our past stories, we need to listen to each other but especially to the First Nations people.

Next time I am in conversation with someone about our Australian identity or about Australia Day, I will feel more confident and be prepared to listen more. I will also have plenty to say to my Spiritual Director.