Migration - A heart open to the whole world

Columban Fr Warren Kinne offers some reflection on the fourth chapter of the Encyclical Letter, Fratelli Tutti of the Holy Father Francis on fraternity and social friendship. 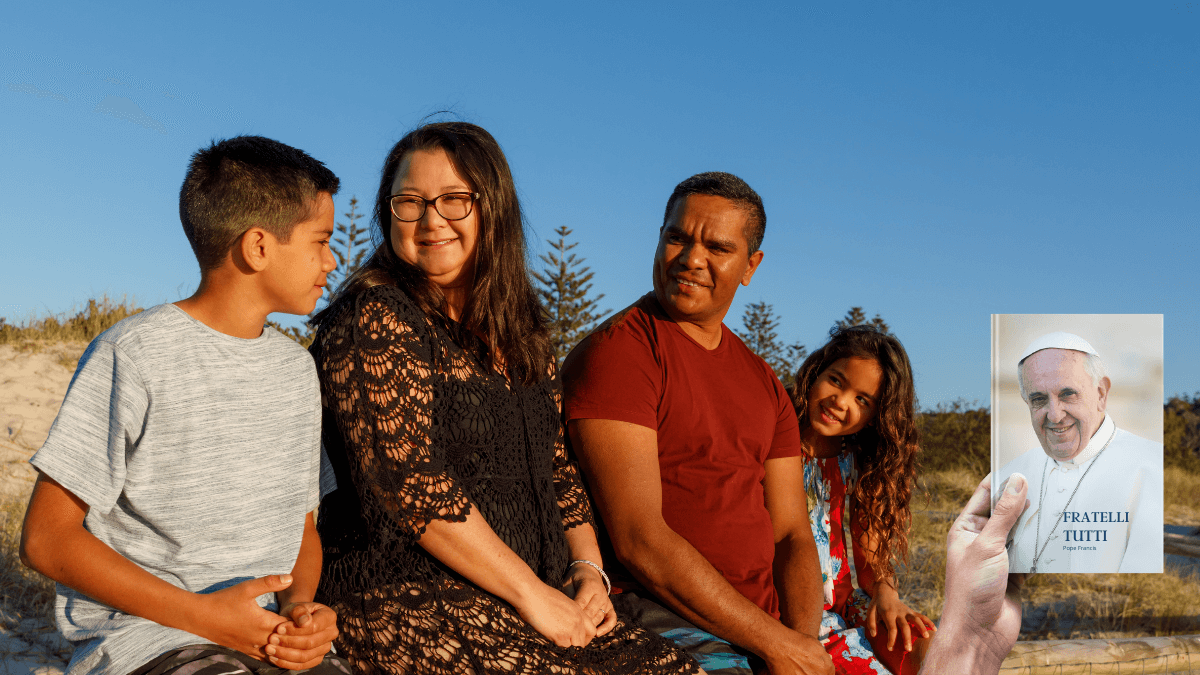 The Pope takes up the issue of migration and its international significance. He considers the need to collaborate and plan long term that goes well beyond responding to a single emergency.

The phenomenon of human migration has been with us from the beginning of human existence. We are told we left our birthplace of Africa to roam the globe. Here in Australia, we estimate that the first nations’ peoples arrived over 60,000 years ago after years of migration from place to place. And migration continued until the continent of Australia was mapped out with tribes speaking different languages and with their own cultural peculiarities. In much more recent times people from other places arrived here. My own forebears were Lutherans from Saxony, Presbyterians from Scotland, Catholics from Ireland and a seeker for a fortune from China who finished up on a cattle station in central Queensland where he met his Irish bride, newly widowed and illiterate.

We acknowledge that wrongs were done to first nations peoples and that there was discrimination towards my Chinese forebear and, to some extent, to my German ones and no doubt to the Irish. But in that ongoing story with its pleasures and pains, families made a living and raised children and found a measure of integration and well-being in Australia.

Pope Francis admits that in an ideal world, unnecessary migration ought to be avoided. But this presumes that conditions for a dignified life and integral development exist in the countries of origin. When this is not the case, and people feel impelled to migrate. Then Pope Francis says they should be welcomed, protected, promoted and integrated into the new community.1

In Australia, we are only starting to appreciate the gifts that first nations’ peoples have and had in maintaining and inhabiting the land. Other more recent migrant people also bring their own viewpoints and ways of life that have enriched our society. For this fruitful exchange to happen, there needs to be a gratuitous openness to others. But to be open to others in a helpful way, we also need a sense of our own identity. This is often lacking.

Indigenous peoples should be able to cherish their roots and their ancestral cultures easily.2 Unfortunately, this has been stifled in so many ways in our own sorry history here in Australia. In places like Cherbourg, not too far from where I was born, aboriginal peoples speaking different languages were brought together for “assimilation”. In that process, they lost the specificity that made them what they were. Once this identity is lost, it is hard to regain. The “stolen generation” is also a case in point.

The history of Cherbourg is one of Aboriginal people being forcibly removed and brought from all over Queensland and Northern New South Wales to a newly formed government reserve. Formerly it was called Barambah and was gazetted and established in 1904. As an aside, as a child, I was once lost for many hours along the banks of the Barambah creek on a duck shooting expedition, as older relatives like to remind me.

Humans are limited by nature and yet limitless in aspiration. The notion of a national character moulded out of all its various parts is a work of imagination. We create a new story for our country that includes everyone. Like a work of art, it involves moments of grace and insight. It can creatively incorporate what is behind an Uluru Statement. Our eyes and our hearts are opened to new possibilities. Our work and prayer bring us to the creative moment that ushers in a new consciousness of interconnectedness while yet aware of our own individual multiple identities. Perhaps we might even finish up with a new flag and anthem!

Our Pope calls to us to forge a global, juridical, political and economic order that favours the development of all peoples in solidarity. We are to be open to others, firstly our family’s neighbours and then other nations. Finally, this global society is not the sum total of different countries, but rather the communion that exists among them.3 We will discover that the whole is more than the sum total of the parts.