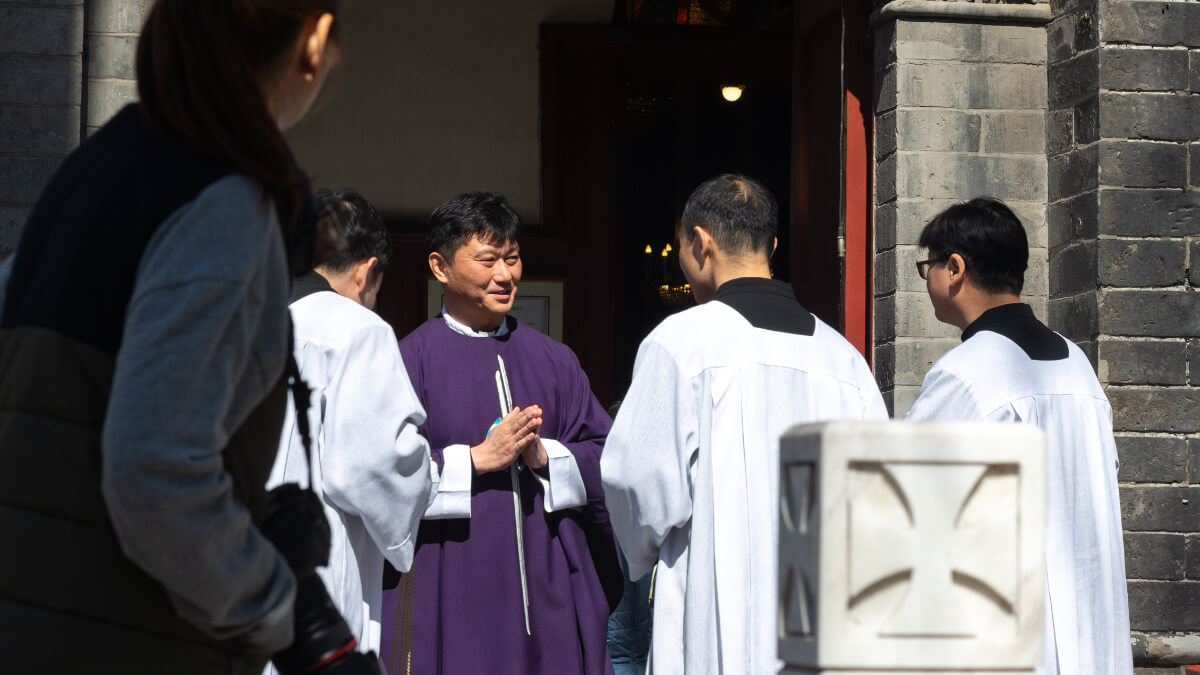 About ten years ago while I was with a group of seminarians at Wuhan seminary, an interesting discussion developed about an item of recent Church history. One seminarian referred to the time Pope John Paul II was planning his visit to Korea in 1989. He said that Catholics in China had become aware of the possibility of the papal flight passing through Chinese airspace. However, as he explained, that direct route was not taken so there was no opportunity for Pope John Paul II to see this vast land, no opportunity for him to send the traditional greetings to the political leader of the time and no opportunity for the Catholics of China to experience an event that would have brought them closer to the Bishop of Rome.

In the ongoing discussion, the seminarians were clear that if such a flight path had been taken in 1989 it would have been a special occasion for the Church in China, a time for them to celebrate their relationship with the pope, a leadership role held in high regard by Catholics here. The roundabout route for the papal flight to Korea did not take away from a lively discussion among the seminarians about what such an event would mean for them. In fact, the discussion showed that the anticipation of a possible event can continue to stir considerable joy even though the event had not happened 20 years earlier. Through the way they spoke, it was easy to see that there are multiple perspectives associated with a possible event that can become the seeds of other conversations, all of which can bring joy and laughter.

The Vatican and China do not have diplomatic ties and it is unlikely that these will be established in the near future. However, in more recent years there has been an ongoing dialogue. A common factor in this engagement is that both sides are familiar with the long sweep of history that has formed their respective understandings of the world, outlooks in which a hundred years can be seen as a relatively short span of time. While developments do move slowly within such time scales, it is important to pay attention to occasional events that act as symbols of change along the winding road of historical unfolding.

In 2014 Pope Francis's international travels included a visit to Korea for World Youth Day. On this occasion, there was considerable surprise when details of the flight path to Korea were announced. China had given permission for Pope Francis's flight to pass through its airspace, a decision that was seen as significant by Catholics in China.

On August 14th of that year, for the first time in history, a pope was flying over the world's most populated country. As is normal protocol for international papal flights, Pope Francis sent a message of goodwill to the Chinese president Xi Jinping. A few weeks later an acknowledgement was received by the Vatican. While there needs to be caution in interpreting the significance of such events, in this case, it is possible to see that time does bring its own changes.

In November 2019, as Pope Francis flew from Thailand to Japan his flight passed through Chinese airspace again. In a similar way, he sent good wishes to President Xi Jinping assuring him of his prayers for the nation and its people, invoking blessings of peace and joy. Again there is a symbolic meaning to an event of this kind when it contrasts with a history in which such events could not happen.

Chinese people often emphasize that their culture has a written history of over 5,000 years, acknowledging that, in spite of challenges along the way, a rich stream of accumulated wisdom flows within the lives of the people. Due to the large population, the long-established culture is seen as having the ability to absorb positive contributions from other parts of the world by shaping them into a form that is understandable to its own people. Viewed from this perspective, patient diplomatic effort between the Vatican and China should be seen as unfolding within the long stretches of historical time, an understanding in which meaningful developments can continue to radiate hope long after the participating people have departed from the focal point of activity.

In February 2020 as China grappled with the escalating number of COVID-19 cases, medical personnel from other parts of China arrived to Hubei province in large numbers. The president of China received messages of support from the leaders of several nations. Some countries sent medical supplies to assist in the containment efforts. In mid-February, the Vatican sent 600,000 masks to China, an undertaking of the Office of Papal Charities and the Missionary Centre of the Chinese Church in Italy. This initiative was appreciated by people in China during its time of great need.

There is a high level of awareness in China that many other countries are faced with huge challenges as they respond to the coronavirus. Chinese factories have been central to providing protective clothing and equipment that forms an essential part of virus containment efforts internationally, an involvement that the country takes very seriously.