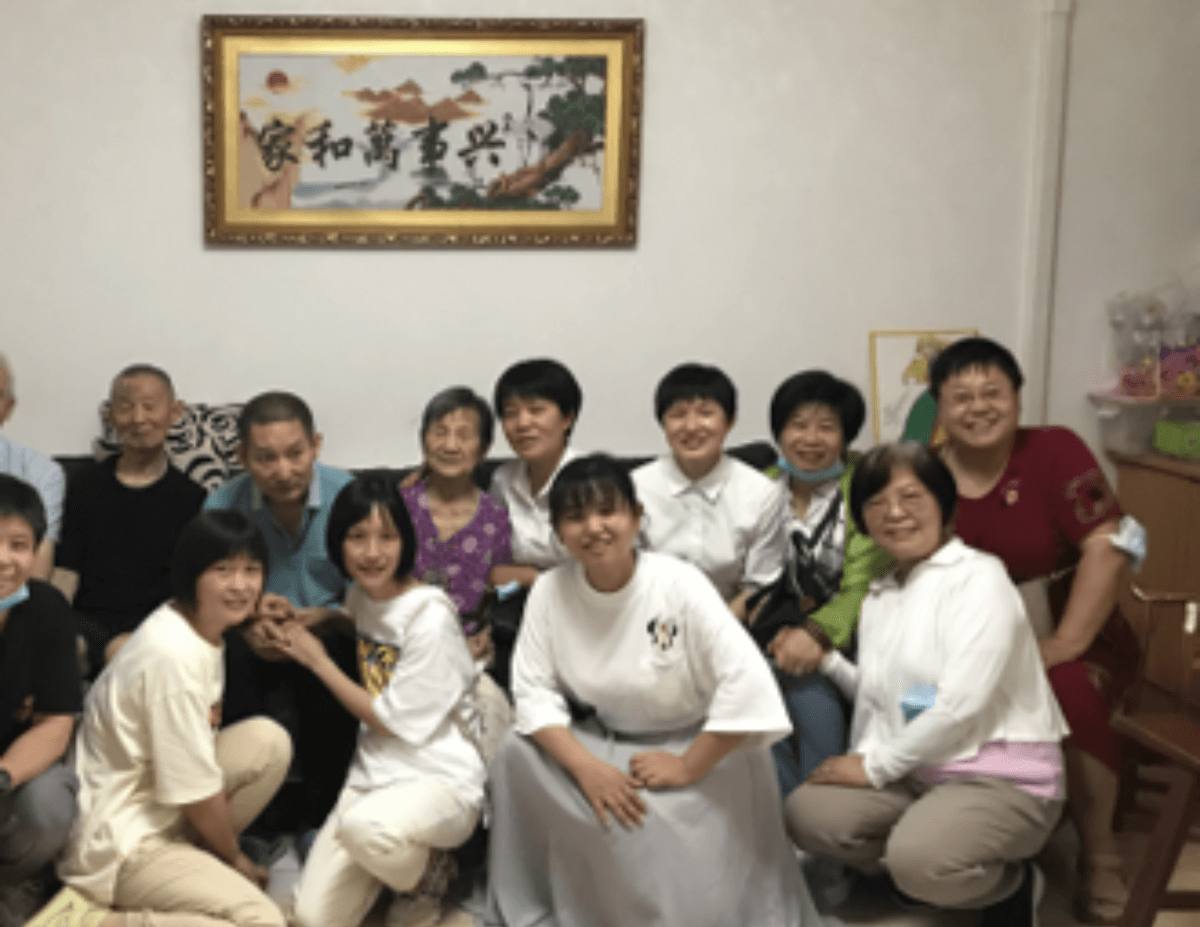 Recently I was invited to join a group of people going to the town of Xiaogan, on the northern outskirts of Wuhan, China, to visit Fr Joachim Shu. Since two years ago, Fr Shu's health has deteriorated seriously due to a number of blockages in his brain. He is just 53 years of age.

As we arrived at his brother's simple but spacious second-floor apartment, located at the side of a wide plain street, we were warmly greeted by Fr Shu's brother and elderly parents. Sitting quietly on the couch, Fr Shu acknowledged our arrival and then began to cry, a recurring involuntary response due to the particular effects of his medical condition.

As we sat with the family we were offered water and people took turns to speak with Fr Shu, assuring him of their concern and also assuring him of their prayers. In a part of China where the Church is weaker than many other areas of this vast country, the declining health of a middle-aged priest leaves the Catholics struggling to understand what is happening.

Over 20 years ago in this province, a vacancy arose within the administrative organisation that is responsible for communication between the civil authorities and the Church. In previous times people who held roles within that organisation were viewed in a dim light by the Catholic community. However, when the role became vacant, a new view began to emerge among the people and it was decided that the Church might be in a safer position if one of its own people were to take on the role rather than leave it to someone who would be a stranger to the needs of the Church.

Within this newly emerging view, Fr Shu was supported to take on the role. His clear understanding of the undercurrents that are part of life here, his calm approach to issues and his awareness that many things remain beyond immediate influence, led to a situation where he was appreciated by the community for what he could do to protect the interests of the Church.

Fifteen years ago he responded positively to a request from a small number of Catholics from other countries who requested a weekly Sunday Mass in English. His understanding of the preparations that were needed within the ecclesial and civil structures ensured that the international community's Mass became a regular part of the liturgical schedule in Wuhan. In those early days, Fr Shu assured the community that he would be the person to answer any questions that might be asked. Since that time many hundreds of people from other countries benefitted from his pastoral efforts and wisdom. The community's regular Sunday celebration was safeguarded by him until the disruption caused by the arrival of Covid-19.

As we prepared to leave the family home in Xiaogan, Fr Shu was helped to his feet by a few people. We then bowed our heads. He lifted his frail right hand and blessed us in silence, a deeply meaningful experience as a person of weakness invoked God's protection and peace upon us all. We departed in silence.

On July 1st, 2021 celebrations took place in China to mark one hundred years since the establishment of the political party that guides the current course of events in this vast land. The anniversary inevitably received considerable domestic media coverage. The big colourful celebration stood in sharp contrast to the life of the Church in China, especially the humble and kind efforts seen in Xiaogan as a Catholic community expressed in its own way its support for one of its young priests and his family during its struggle with illness, weakness and many of life's other challenges. The long history of the Church will assure these Catholics that their efforts to show concern for Fr Shu are a faithful response to the way of life encouraged by Jesus many centuries earlier.