Biblical foundations on care for the environment 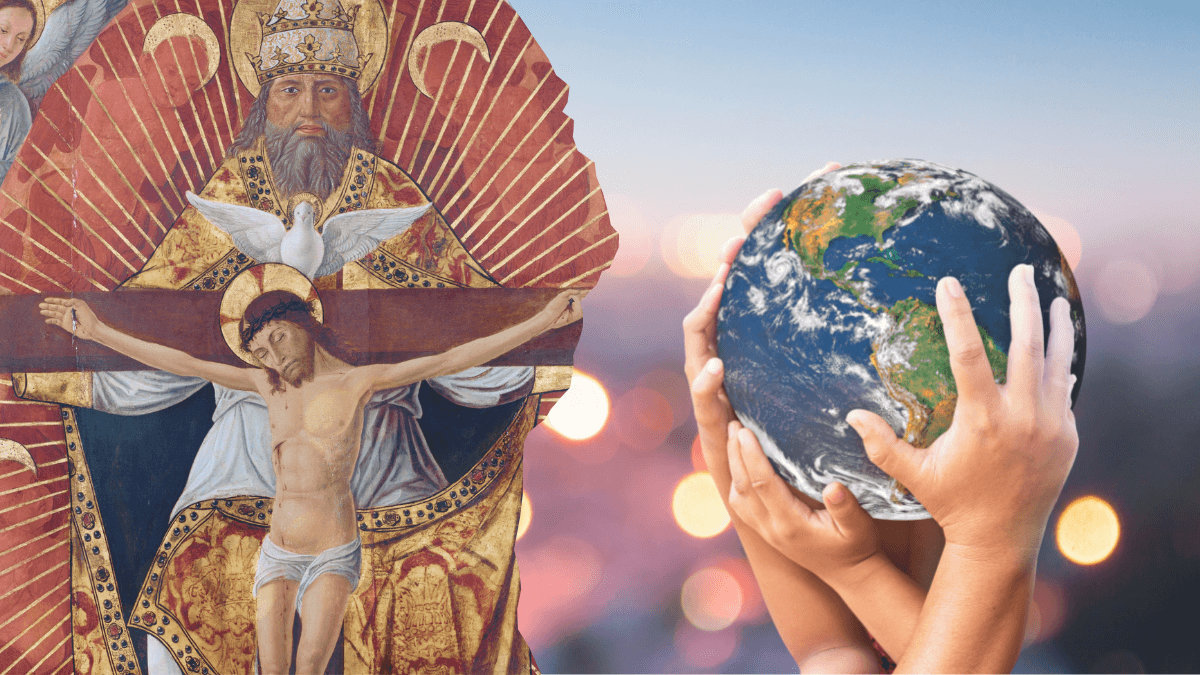 In the Priestly account of creation in Genesis 1:28, God gives human beings the task ‘to have dominion over’ the natural world. God does not give human beings permission to dominate the natural world. It is not very different from the Yahwist account of creation, where God gave humanity the task to ‘cultivate and care’ for nature (Gn 2:15). In the two accounts of creation, we can see that humanity is entrusted with the task of looking after everything that God created.

To interpret having ‘dominion over’ the natural world as permission for human beings to dominate the natural world is, as Pope Francis says in his Encyclical Laudato Si' (LS)’,  “not a correct interpretation of the Bible as understood by the Church.” (LS 67).

The Pope writes: “Once the human being declares independence from reality and behaves with absolute dominion, the very foundations of the culture begin to crumble.” (LS 117)

The creation stories of the Bible also tell us that we are made in the ‘image and likeness of God’ (Gn 1:26), and as such, the human person is stamped by the divine Trinitarian character – the Father, Son and Holy Spirit as a Trinitarian communion of persons. Therefore, the ‘image of God’, and the command that went with it, to ‘have dominion over’ the natural world, is to enter into a relationship with the natural world, with others and with God. The precise character of the human is the personal and the relational, and this involves the human in the vocation to relate to other creatures as God does. The life within the Triune God is one of communion. Being made in the image of our Triune God, we are made for communion – a communion with God, with others and all of creation.

With this correct interpretation of the Bible, the paradigm of kinship has emerged, which theologian Sr Elizabeth Johnson, in her book ‘Ask the Beast’, describes as a “community of creation, based on the understanding that humans and other living beings form one community woven together by the common thread of having been created by God.”

The American theologian and cultural historian Fr Thomas Berry said that humankind was guided toward communion with our total human and transhuman environment in the early period of humankind. We felt ourselves sustained by a cosmic presence that went beyond the surface reality of the surrounding natural world. The indigenous peoples of our world continue to be guided by such a communion. A change then took place in the world whereby a new capacity for understanding and controlling the dynamics of the earth came into being. With new technologies, we began to see that we could dominate the earth and its resources for exploitation and consumption. We lost our connection with Earth as a means of divine communion. The experience of sacred communion with Earth disappeared.

In recent decades, with our coming to know the magnitude of the universe and our place in the universe, we are reclaiming our sacred communion with Earth. We are also returning to the wisdom of early saints who spoke of their experience of communion with nature and with God. St Columban, an Irish missionary and monk of the sixth and seventh century, wrote: “If you want to know the Creator, you must first know His creation”. In the thirteenth century, St Thomas Aquinas said: “How false the doctrine that our opinions about creatures are no concern of faith so long as we think right about God. For mistakes about them contribute to mistakes about God.” Furthermore, we are also turning once again to the wisdom of the indigenous peoples.

The paradigm of dominion, that is, of envisioning human beings as a species set apart to rule the natural world, continues to be the main paradigm in many cultures throughout the world. Unfortunately, this paradigm has also been key to the Christian approach to nature down the years, accounting for the tenacious anthropocentrism that has attended theologies and spiritualities.

Pope Francis says: “An inadequate presentation of Christian anthropology gave rise to a wrong understanding of the relationship between human beings and the world. Often, what was handed on was a … vision of mastery over the world, which gave the impression that the protection of nature was something that only the faint-hearted cared about. Instead, our ‘dominion’ over the universe should be understood more properly in the sense of responsible stewardship.” (LS 116)

The dominion paradigm, which is still the predominant paradigm in the world today, has lost the original interconnectedness between ecology and economy. The two terms ecology and economy have a common derivation in the Greek word oikos, meaning a home. However, throughout modern history, they have been completely dissociated from each other, and even today, the world often fails to see the vital connection between them.

The late Columban missionary – Fr Colm McKeating, in his book ‘Light which Dims the Stars’, wrote: “What needs to be stressed today is that ecology and economy are not only related by language but are intimately linked in all things that concern the welfare of living beings. The goal of economics and the goal of ecology are inseparable; human welfare and the welfare of the planet are linked together.” Here, Pope Francis says, “the earth’s resources are being plundered because of short-sighted approaches to the economy, commerce and production.” (LS 34)

Pope Francis says that we humans are called to awaken our awareness to our intimate relationship with Earth. He says, “We lack an awareness of our common origin, of our mutual belonging, and of a future to be shared with everyone.” (LS 202)  “It cannot be emphasized enough”, says Pope Francis, “how everything is interconnected.” (LS 138)

Let us not forget, says the Pope, “… that we ourselves are dust of the earth (cf. Gen 2:7); our very bodies are made up of her elements, we breathe her air and we receive life and refreshment from her waters.” (LS 2)