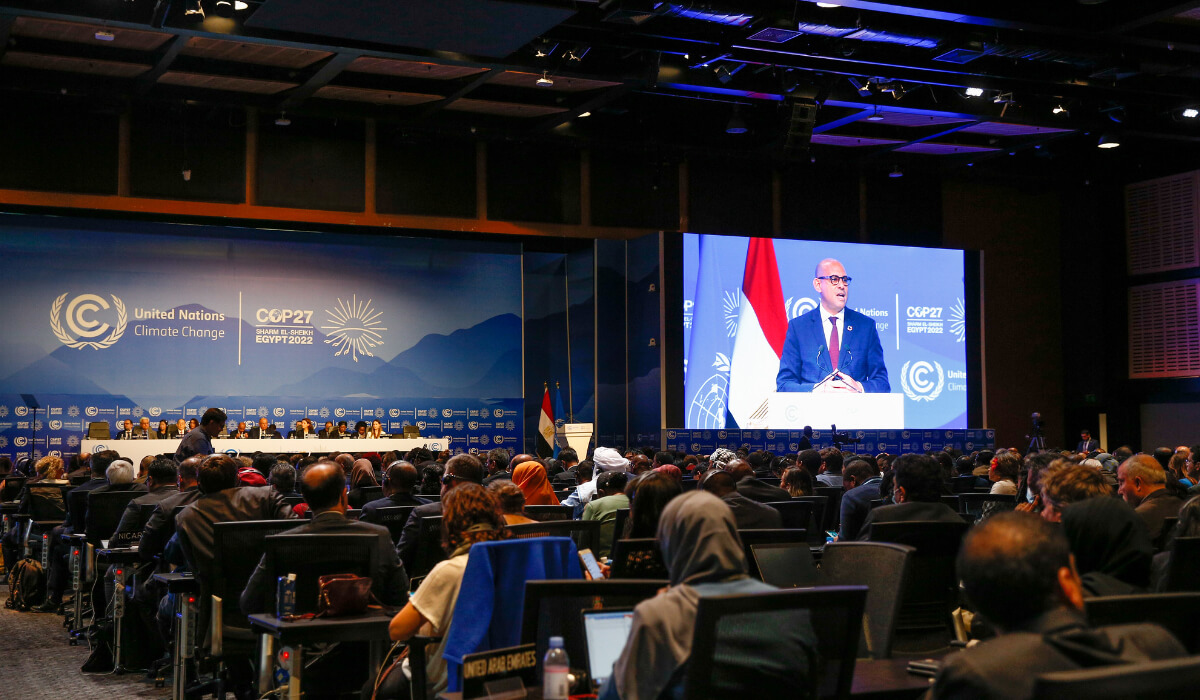 The Intergovernmental Panel on Climate Change (IPCC) began its work in 1988. Its objective was to provide the world with a clear scientific understanding of climate change and its environmental and socio-economic consequences for our planet. During the next 30 years, the IPCC produced a comparative Assessment Report every five to seven years outlining the global climate crisis and what we should do about it.

The first Conference of the Parties (COP) to the United Nations Framework Convention on Climate Change (UNFCCC) took place in Germany in March 1995. Some people working in the fossil fuel industry denied the negative consequences of carbon dioxide so that humans would continue to use fossil fuels as they had done for two centuries. In Ireland, some farmers claimed that the methane produced by their cows is not a serious greenhouse gas, and they have increased their number of cows dramatically since 2015. Naturally, they reject any reduction in cattle numbers, even though 35% of greenhouse gases come from agriculture.

Since then, COP has taken place in Africa, Asia, Latin America, the Caribbean, and Europe. A key task for the COP is to review the national communication and emission inventories submitted by the Parties. Based on that information, the COP assesses the effects of the measures taken by the Parties to reduce greenhouse gases in their economy.

COP27 will take place in Sharm El-Sheikh, Egypt, from 6-18 November 2022. The return of the COP to Africa stresses two very important dimensions of global climate change. Firstly, Africa is responsible for only 4% of global emissions in 2022 compared to 32.4% for China and 12.6% for the United States, while the richer G20 countries are responsible for 80% of global greenhouse gas emissions. Unfortunately, the most vulnerable people on the planet will suffer the most from climate change. This point was made by Pope Francis in his encyclical letter Laudato Si' para 25.

Secondly, Africa bears the brunt of climate change, especially with droughts and famine affecting countries in the Horn of Africa. The World Meteorological Organisation has forecast a fifth consecutive failed rainy season from October to December 2022. According to the World Food Programme (WFP), a massive 22 million people in the region are at risk of starvation. Somalia is one of the worst-affected countries in the area. It has endured a three-decades-long civil war, major political instability, climate change and COVID-19. This has pushed the country towards famine. In Kenya and Ethiopia, years of insufficient rainfall has caused the worst drought in 40 years. This severe weather has devastated farming, with millions of livestock dying and a significant drop in food production due to failed harvests.

COP26, which took place in Glasgow in October and November 2021, urged the United States and other developed countries. They are primarily responsible for producing most greenhouse gases to increase funding for poor countries like Bangladesh, Pakistan, Kenya, Somalia, and Ethiopia. Each year until 2025, rich countries were expected to contribute US$40 billion annually so those poor countries could adapt to mounting floods, droughts, forest fires, and glaciers melting in Greenland and West Antarctica. These are causing rising sea levels and more frequent and vicious typhoons in countries like the Philippines. Unfortunately, rich countries have a history of failing to meet their financial obligations. Only a fraction of the US$100 billion promised by 2020 to help poor countries deal with loss and damages has been delivered. We will see whether COP27 in Egypt will deal with this issue systematically and justly.

The failure of countries to keep global warming below 1.5 Celsius will mean more and more losses in future. The world's average temperature is 1.2 degrees Celsius above the pre-industrial level. In 2022, we experienced multiple forest fires in Australia, Siberia, California, Alaska, and the Amazon. We have watched the monsoon caused by heavy rain and melting glaciers devastate three provinces in Pakistan - Sindh, Baluchistan, and Khyber Pakhtunkhwa, wrecking the lives of 30 million people in that country. There has been severe drought and heatwaves in Pakistan, India, the United States and China and the worst drought in 500 years hit Europe. In the summer of 2022, temperatures reached 40 degrees Celsius in Britain.

Earlier in September, a group of climate scientists published a report stating the world was increasing the risk of creating environmental "tipping points", which would be catastrophic for our planet. Johan Rockstrom, a co-chair of the Earth Commission and a director of the Potsdam Institute for Climate Impact Research, stated that, "the world is heading toward 2 or 3 degrees of global warming. This will set the world on course to cross multiple dangerous tipping points, which will be a disaster for people on Earth."