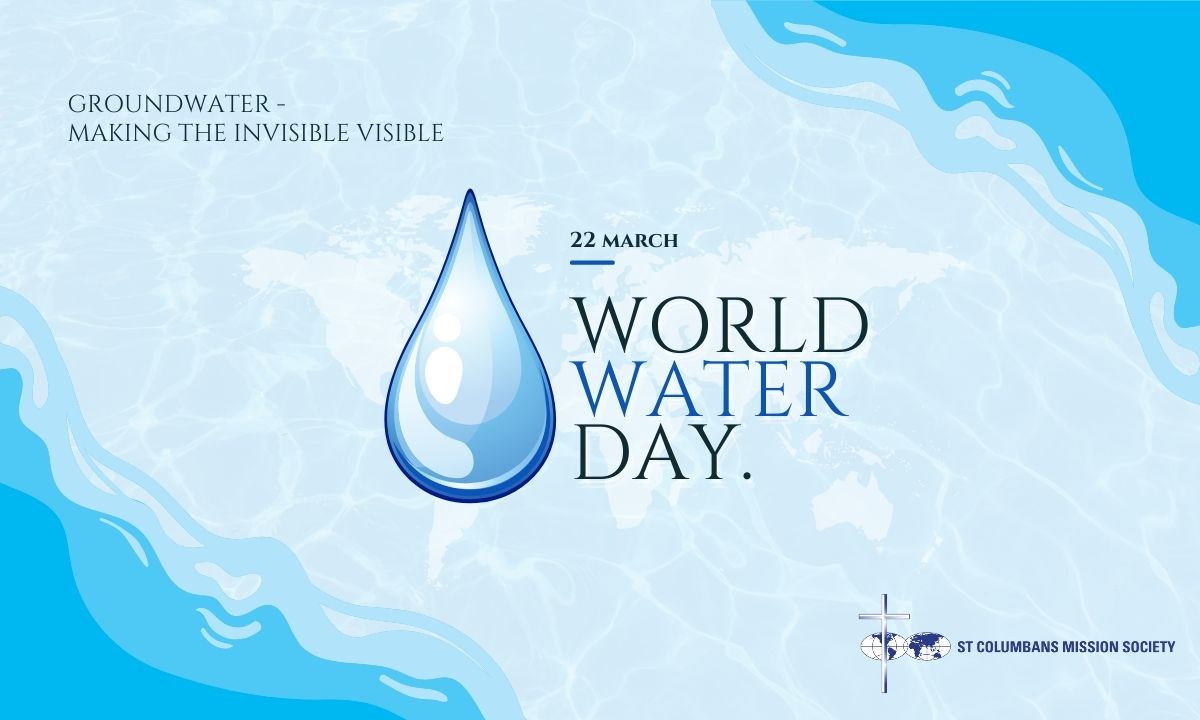 World Water Day is held every year on March 22nd to celebrate water and raise awareness about the lack of access to safe water for millions of people around the world. Groundwater is stored in aquifers beneath Earth's surface and feeds rivers, lakes and wetlands. This year's theme 'Ground Water: Making the Invisible Visible,' points out that fresh groundwater is precious and needs to be protected whilst not seen. World Water Day says, "groundwater may be out of sight, but it must not be out of mind." Groundwater is a resource without borders threatened by global warming, exploitation, increasing urbanization and pollution.

Some of the world's most populated areas where Columban missionaries live and minister have the poorest freshwater supplies. Water poverty includes a lack of access to sufficient water and proper sanitation, time and labour involved for individuals and communities to obtain water, and the risk of disease and death from unsafe water. Water pollution is more prevalent in lower-income countries. In some parts of the world, groundwater storage systems are collapsing, and land is sinking as a result. Levels of consumption vary greatly worldwide, and the benefits obtained from Earth's living systems are shared unequally. The damage inflicted on environments, including water sources, is often brought about by the pressures of consumption of goods elsewhere.

Columban student Jerry Lohera from the Philippines was assigned to Pakistan as part of his seminary formation. He reflected on his experience of living and working in a remote tribal village in the Sindh, where access to water is one of the daily struggles. Early each morning Jerry travelled by truck to a farm to pick okra, with the family members he stayed with. Jerry stated: "Looking back on that experience, I am aware of some impressions that have stayed with me. The first one is the reality of the life of the people. They are poor, they work as day labourers on farms and they might have a little land themselves but there is very little rain and no irrigation." The available water has a heavy mineral content and not suitable for cropping. Villagers are therefore dependent on seasonal work to support their families. Dwindling water supplies are a real threat to people's food security and livelihoods. 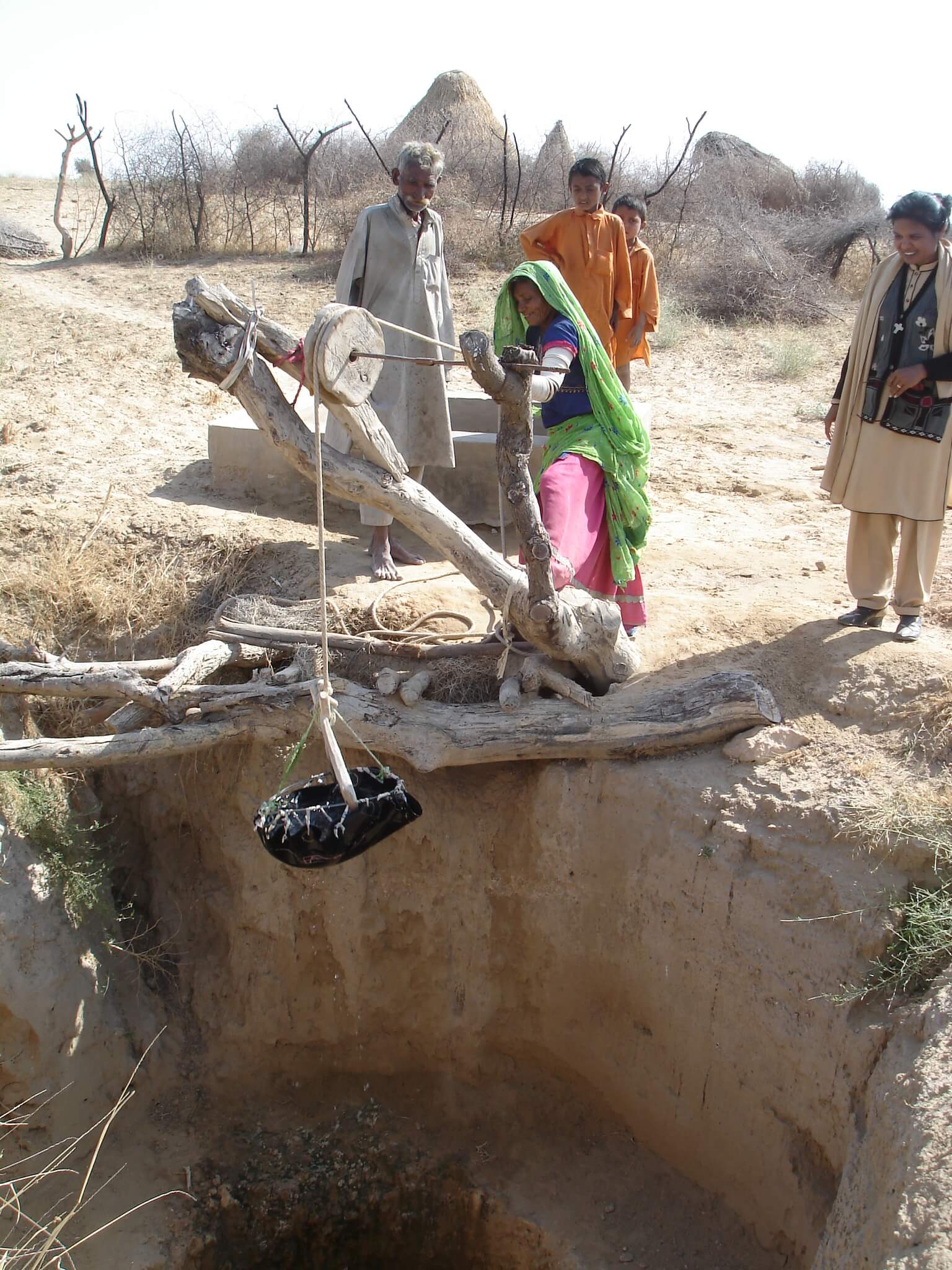 Communities that have higher incomes are found to eat more meat, which takes much larger amounts of water to produce than plant protein. A country's demand for natural resources is used to determine the date it would reach overshoot. This means its patterns of consumption outreaches Earth's limits. Overshoot day is when the entire Earth community would exceed the limit of nature's resources if all humanity consumed at that rate. Australia's overshoot day for 2022 is March 23rd.

There are many signs that Earth's living systems are under immense strain. The good news is that each commitment to renew our choices makes a difference, particularly when communities join together. Many actions in our daily lives can be taken to support those who bear the most burden. Communities worldwide are invited to think globally and act locally towards transformative action. Columban Fr Charles Rue says, "God takes us beyond what our minds can imagine, beyond the limits we put on our hearts. The teachings of Jesus are radical and demanding but lead to a new creation, where advocacy for people on the margins is heard and advocacy to sustain our common home bears fruit."

Each year, during Lent, we are invited to reflect on our faith and what we are called to as God's beloved. Fr Charles Rue says,

"Making choices is a key phrase during Lent. It is a time when we choose to turn back to the way of God. It is our choice to embrace the human journey. During Lent, the focus is often on 'giving up things.' This can be misleading. Lent is the season to remember that God empowers us daily to grow fully into the dream God has for us. We are also empowered in the self-giving love of Christ Jesus to move beyond self-absorption and help others grow…The true meaning of our Lenten fast is to stand in solidarity with the poor and more justly distribute the goods of the earth."